She was born in 1910 and her first job was as a telephone operator in London, back when operators manually connected your call (remember that?)

Last week Grace Brett was dubbed “the world’s oldest street artist” as her work appeared in news stories across the web.

The women spent months preparing their guerrilla campaign in secret and then one night hit the town and villages, covering park benches, lamp posts, railings and an iconic red phone box, draping statues and creating knitted “news” billboards about their feat. The result: whimsical, colorful street art installations created without spray cans; a perfect form of graffiti for a corner of Scotland long known for its textile industries.

One of the organizers, Kate Ross, told the BBC that she heard the word “yarn bombing,” looked it up on the web and decided that this would be a terrific way to promote the arts festival. She was right! 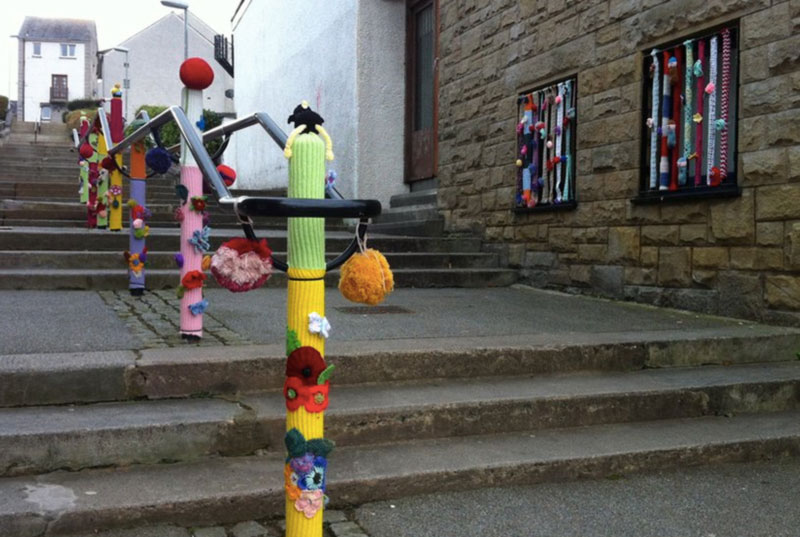 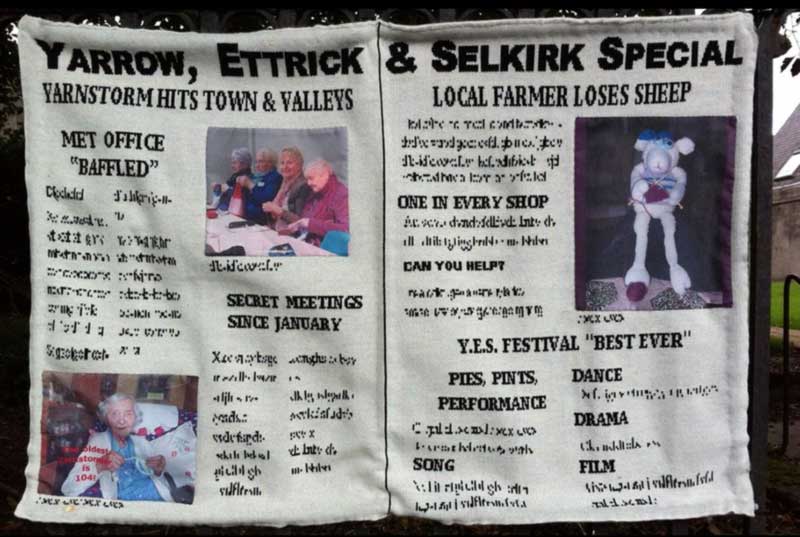 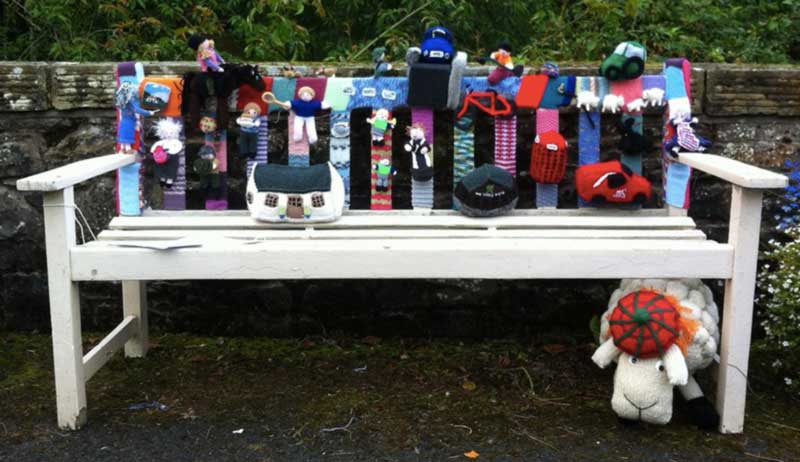 Grace, who has dementia, lives in a nursing home and knits to stay busy. Her daughter Daphne told the Daily Record, “She thinks it is funny to be called a street artist.” 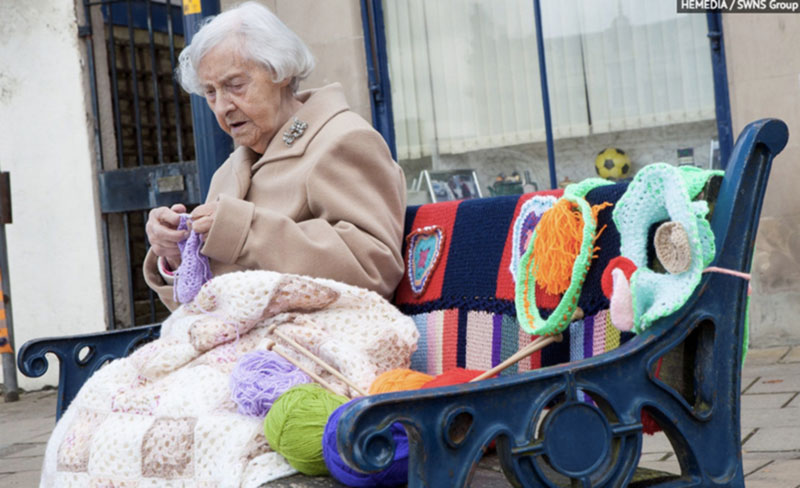 The yarn installations will be on view through September. 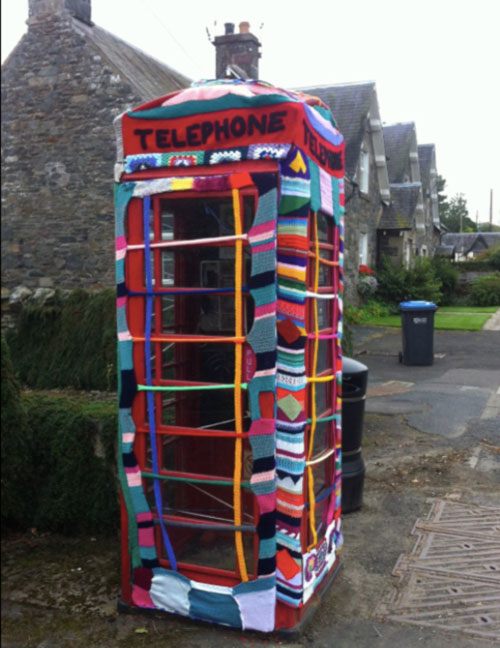