By Annette Witheridge Friday, December 7, 2018 No Comments Share This:

Although entrepreneurs in their teens or twenties get all the attention, a recent US Census Bureau study reveals that 60-year-olds are three times as likely to found a successful start-up than people half their age.

The ability to raise funds and actually turn a good idea into reality plays a big part, but there’s a special kind of optimism and strength in older people…including making entrepreneurial lemonade when life hands you lemons. 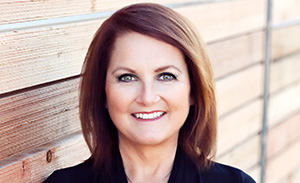 Four years ago master seamstress and fashion mentor Lisa Ramfjord Elstun was diagnosed with arthritis. She could no longer sew and had trouble even pulling a t-shirt over her head, let alone doing up the delicate buttons on her own couture designs.  She decided to create elegant clothes for people who, like herself, had problems because disabilities or disease limited their dexterity.

“People with limited mobility are a huge market right now,” the 61-year-old says. “Currently you have to buy something one or two sizes bigger than normal just to get your shoulders and arms into it and you need help if the buttons are small.”

“And today there are fabrics that are waterproof, breathable and create infrared radiation back to bodies with poor circulation. The nanotechnology of these new fabrics created for travel and extreme sports is going to change things.”

In 2009 Edstun co-founded the Denver Fashion Design Center, an incubator to help fledgling designers manufacture sample lines and learn how to show and sell their work. Now she’s using her own expertise and the incubator facilities to investigate reinventing wrap dresses and 1980s Velcro tabs, reimagining those styles in ways that flatter aging bodies. 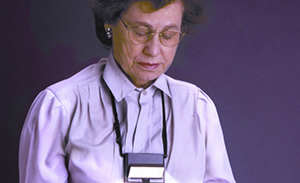 As inventor Arthur Friedman got older, he struggled with macular degeneration. But instead of quietly retiring as his eyesight faded he created the portable Beam-n-Read light to wear around his neck.

“There was nothing on the market in the 1990s that met his needs, so he invented one,” says his 67-year-old son Bob, who now runs the New York City-based family business ASF Lightware Solutions. “My father, who passed in 2014 at the age of 94, had a saying, ‘Never too late.’ And as he aged he invented things that would help him and others, including large letter stickers for keyboards.”

“We’ve sold 3.5 million lights since. And it is not just for old people. I have worn one round my neck since my triplets were born and I needed to do multiple feeds in the middle of the night. They’re 25 now but I am still finding uses for the light, such as for walking in the dark, cooking or picking up crumbs from under my desk.

“My father had a background in printing and photography, he was very aware of light quality. He invented the light and my mother Cynthia (pictured) – an avid knitter – named it. She’s 94 and still uses it for knitting. She helps me run the business, she plays an active part in it.” 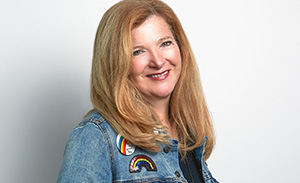 When Shelly Fisher was diagnosed with cancer for the second time a year ago, she was totally floored for a week. Then she got defiant, saying to herself: “You are one tough bitch.”

She designed a necklace – with those words hidden on the reverse side so only she knew they were there — to remind herself how resilient she was. After mentioning it during an online interview on Mother’s Day, she was bombarded with calls from other women going through tough times and wanting jewelry. Jackets, shirts and tote bags followed from her company, One Tough Bitch.

“It’s been really overwhelming to see the response,” says the 60-year-old Philadelphia entrepreneur.

“When I was first diagnosed with breast cancer in 2010 I only told my family, my three kids, until almost the day before surgery. Then I emailed my friends afterwards. It took a certain amount of strength to explain it.”

“I did the same when I found out I had bladder cancer. It’s ok. It took a while to process and then I made the necklace for myself.”

“Sometimes it can be lonely when you are going through tough times. Other people just don’t know what to say. So I set up a Facebook page three months ago – the OTB Sisterhood — and we’ve already had 1100 people ask to join. It’s a closed group for women going through touch times, be it illness, bereavement or whatever. The women share stories, sometimes they post mindless shows. There are times when you just need a laugh.”

Do these stories inspire you?  Do you want to meet some other older entrepreneurs?  Or maybe just do some holiday shopping?

We invite you to join us on Friday, December 14th from 10:30am-2:30pm, when Senior Planet will host our annual Holiday Entrepreneur Fair at our Center in Chelsea (127 West 25th Street). Browse the tables at the Exploration Center and shop for jewelry, paper goods, clothing and other gift items made by Senior Planet members. Watch for an email announcement for more details – and join us on December 14.

Claire Martin contributed to this report.