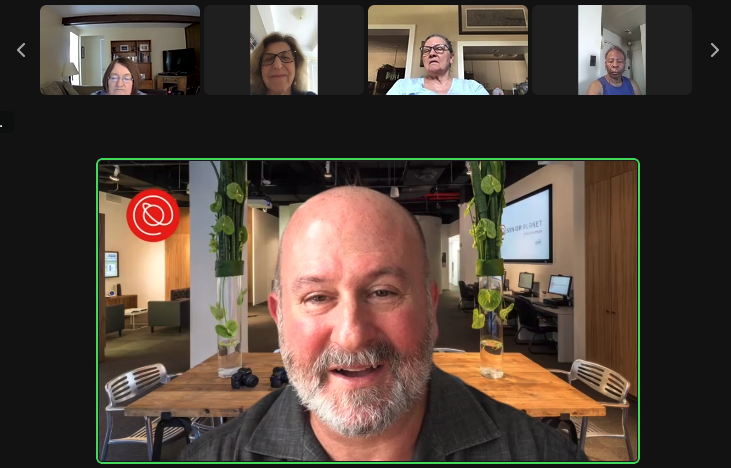 In 2004, Tom Kamber and a group of dedicated volunteers launched Older Adults Technology Services (OATS) from AARP with a mission to help seniors learn and use technology so they could live better in the digital age. We started with a free 10-week course in a housing project on Gates Avenue in Bedford Stuyvesant, Brooklyn. Word spread and we soon found ourselves teaching technology classes for seniors throughout New York City—in ten short years delivering more than 10,000 class sessions at over 70 partner sites and building 30 new computer labs for nonprofit partners.

In March 2013, OATS launched the Senior Planet Center in Manhattan—America’s first technology-themed community center for older adults–under the motto “Aging with Attitude.” Nearly 15,000 seniors attended during the first year and the center became an international beacon for what’s possible when older people join together with state-of-the-art facilities, technology, and programs. Senior Planet achieved unprecedented media coverage, appearing in print, television, online, and radio coverage across the world and winning a PR Week award for best nonprofit media campaign of the year.

In 2015, OATS expanded programs outside of New York City for the first time. A new Senior Planet center launched in Plattsburgh, New York, anchoring an emerging focus at OATS on rural aging and technology. Partnerships with local sponsors brought OATS to Maryland, Florida, and California. At the same time, OATS was being recognized increasingly as a consulting resource for large corporations, other nonprofits, and representatives of government who were turning to OATS to help them solve challenges in their industries related to aging and technology. 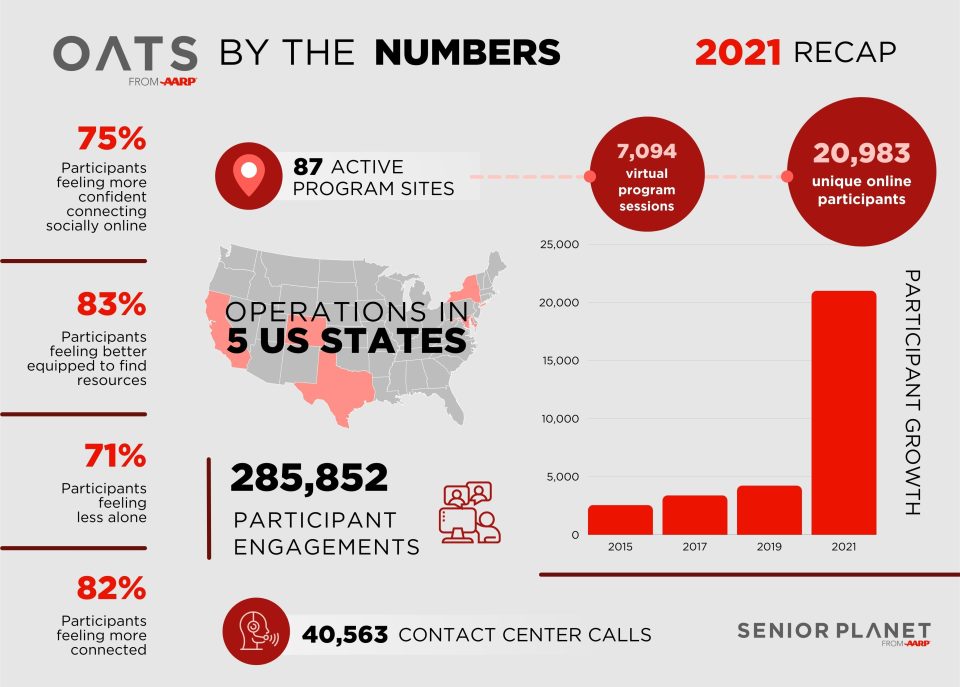 In 2018, foundation grants of more than $3 million helped expand Senior Planet into Texas and Colorado. Also in 2018, international partnerships brought OATS to Israel and launched a consultancy in Spain, and we’ve been asked to speak on five continents promoting the idea of “aging with attitude.”

As with all entrepreneurial ventures–even ones with a social mission–it has been a work in progress all along. With over 35,000 class sessions for seniors under our belt, we’ve developed some pretty strong ideas about how older people interact with technology and how to create world-class programs that can form the basis for systems change. We’ve evolved from digital inclusion trainers focused on technology into social impact designers focused on aging, and we have grown from one small site on a street in central Brooklyn into a program with national operations and global influence. Most importantly, we’ve been able to help change the lives of tens of thousands of older adults.

As one participant told us recently,
“I felt the world was passing me by, but now I feel I’m part of it again.”

After a series of successful collaborations, OATS formally joined the AARP family as a charitable affiliate in 2021. The affiliation allows OATS to pursue its mission at scale, helping seniors harness the power of technology no matter their socioeconomic circumstances, geography, educational background or age. To learn more about OATS, visit oats.org.

Senior Planet Sponsored Athlete Paul "PJ" Gammarano, Sr. spoke with the Staten Island Advance about his hockey-playing days — then and now — his battle with cancer, and inspiring a new generation of skaters.