The world’s most popular artist is…

Move over Jeff Koons. Eighty-six-year-old Yayoi Kusama has been named the world’s most popular artist by the Art Newspaper. Kusama’s polka-dotted, spatial world of sculptures, paintings and mirror installations attracted up to 9,000 fans a day to her 2014 touring exhibition “Infinite Obsession,” making the Japanese artist’s show the most visited in the world last year. Read more and see images of Kusama’s work here. 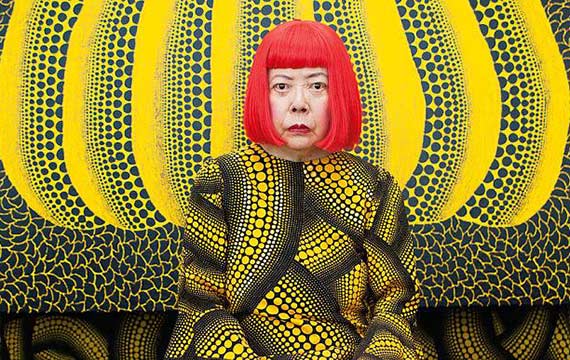 Worried about Alzheimer’s? Check out this new checklist.

When you get to a certain age, it’s not uncommon to seize on any forgetfulness as a symptom of Alzheimer’s disease and a cause for worry. “Even more epidemic than Alzheimer’s itself is the fear of Alzheimer’s,” Richard Lipton, who heads the Einstein Aging Study at New York’s Albert Einstein College of Medicine, told the Washington Post last week. So the paper rounded up some experts and asked them when we should worry – and when we shouldn’t. Their answers were a little different than the usual worry/don’t worry lists you may have seen. Bottom line: If you’e always had trouble with something and it’s getting a little worse, don’t worry; if something that’s always been easy becomes very hard or you notice a big mood change, look into it. The most important thing is to keep everything in perspective.  To see the whole checklist, click here.

You’re never too old to be a detective…

After being arrested and then let go by the police, an intruder who stole some necklaces from the home of 78-year-old Nina Anderson in the English town of Portsmouth might have thought he was in the clear. Clearly, he wasn’t counting on Anderson’s detective skills. She combed through local pawn shops until she found her stolen items, then used the ownership declaration from the pawn shop to lead her back to 28-year-old Martin Campbell, a man whom she and her husband had hired for odd jobs around their home – and the same man who the cops police had let go. Anderson is still on the look out for one missing piece, an 18-karat gold necklace bearing an image of St. Anthony, which her father had given her when she left Italy in 1957. To read more, click here.

Denton, a photographer and street-photo blogger who lives on NYC’s Upper West Side and explores “the aesthetic, cultural, and practical implications of ‘going gray’,” had a field day on Easter Sunday. Check out his shots from the Easter Parade – including this one: 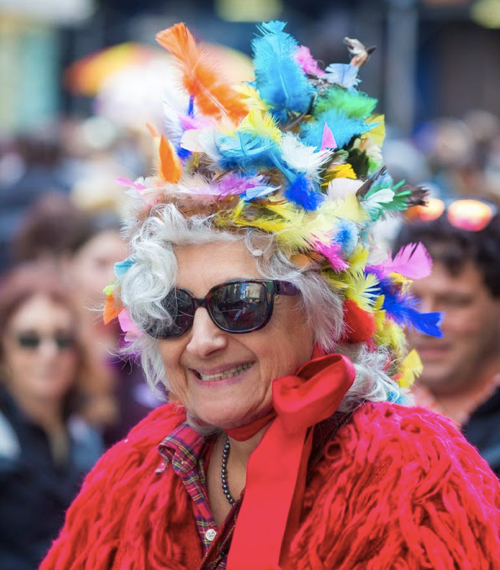 See them all on Denton’s blog Silver-haired Beauties.

Some sports are good for the aging brain…

A growing body of research finds that fencing and other sports that require quick decision-making may improve cognition in both young and old people, and help stave off some mental declines associated with aging. The study, from Foro Italico University of Rome, suggests that sports that demand quick responses can counteract age-related breakdowns in learning, memory and processing speeds. In a memory test conducted with older and younger fencers and non-fencers, while the younger participants performed better, the fencers in both age groups did better than the non-fencers overall. Touché!  To read more, click here.

Restaurateur, author, former model and Alzheimer’s patient B. Smith is busy promoting the new Brain Health Registry, a free online platform designed to speed the path to cures for Alzheimer’s, Parkinson’s, depression and other brain-related disorders. The registry is on a mission to register people of all ages, especially those in minority groups who tend to be underrepresented in studies. Participants are asked to play a variety of quick online games, take quick tests and fill out questionnaires; the registry will use the data to help zoom in on causes. People who register may also be selected for clinical trials. To sign up and get started, click here.

Major oops for the USPS…

This looks like a great idea to honor poet Maya Angelou. However, can you spot the problem? 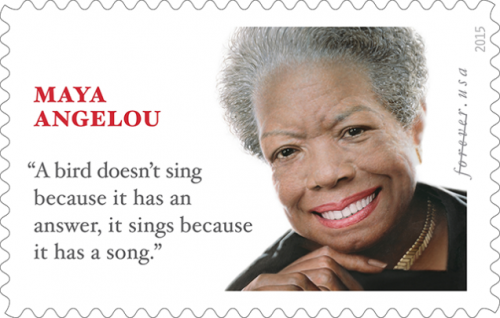 Yep, Angelou didn’t say this quote Joan Walsh Anglund did. Here’s how the USPS responded to its fail (the stamp is courtesy of Jezebel.)

Check your facts, people! We do hope an intern is not being fired over this. (Read our story about another great fact-checking oops – this one involving a quote attributed to Meryl Streep.)

The #1 exercise for preventing falls is…

Swimming. One in three American seniors falls each year, and it’s not just because of scatter rugs. Balance, strength and coordination keep us upright. Now, new research from Australia suggests aquatic exercise can decrease the risk of falls by 33 percent and can also minimize the damage from a tumble. Read more at Grandparents.com.

The oldest women is now living in Michigan

Jeralean Talley, 115, of Inkster, Michigan is now listed as the world’s oldest living person. She tops a list maintained by the Los Angeles-based Gerontology Research Group, which tracks the world’s longest-living people. Gertrude Weaver, a 116-year-old Arkansas woman who had been the oldest documented person, died on Monday. When asked about her longevity, Talley credited God, pork (according to NPR, she’s a fan of hog’s head cheese) and fishing. She said she’s looking forward to taking her annual fishing trip soon. To read more about Talley, click here. 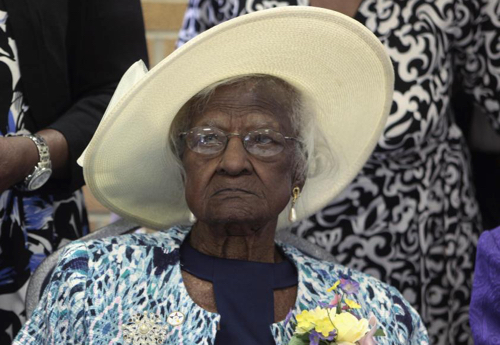 A senior acting troupe is educating peers about scams

Singing songs like “Just Hang Up” (in response to telemarketers), the Stop Senior Scams acting troupe takes its skits on the road to nursing homes, churches, temples, senior centers and community groups, performing musicals designed to both entertain and educate. The actors in the program are older themselves – the youngest member is 65. To learn more about the group and their show, click here.

We’re just catching up with wearables – the health and fitness trackers that look like bracelets or watches – and along comes the next big thing: stickables. Like wearables, they continuously monitor anything from blood sugar to steps, but now they can stick to your skin, out of sight and apparently more accurate. One example is a new diagnostic device called Sugar, which looks like a bandaid, connects to a smartphone app and monitors blood sugar, helping people with diabetes to track up and down patterns and what influences them. Read more at TrendHunter.

Our favorite older Human of New York of the week…

“I was on a trip in Saskatchewan, and I took this baby up a mountain. Boy did she fucking roll! There were trails but I didn’t even use them.”