Update 2/9: A Chinatown Pretty exhibition at 41 Ross gallery in San Francisco has been extended to April 16, 2016.

You can tell just by looking at Andria Lo’s Instagram that she has a thing for color and pattern — colorful flower patterns especially.  So it’s no wonder that the San Francisco-based photographer is enamored of the outfits that Chinatown’s elders wear around town. Now, Lo and writer Valerie Luu have created an intergenerational art project around Chinatown’s senior street style. It’s called Chinatown Pretty and already has spawned a Tumblr, an Instagram, and an art show in — where else? — San Francisco’s Chinatown.

The project’s catalyst was 80-year-old Man Ta. Luu had many times noticed her jade green shoes stepping off the bus outside the coffee shop that the writer frequented. Eventually, they struck up a conversation, and Lo photographed her. 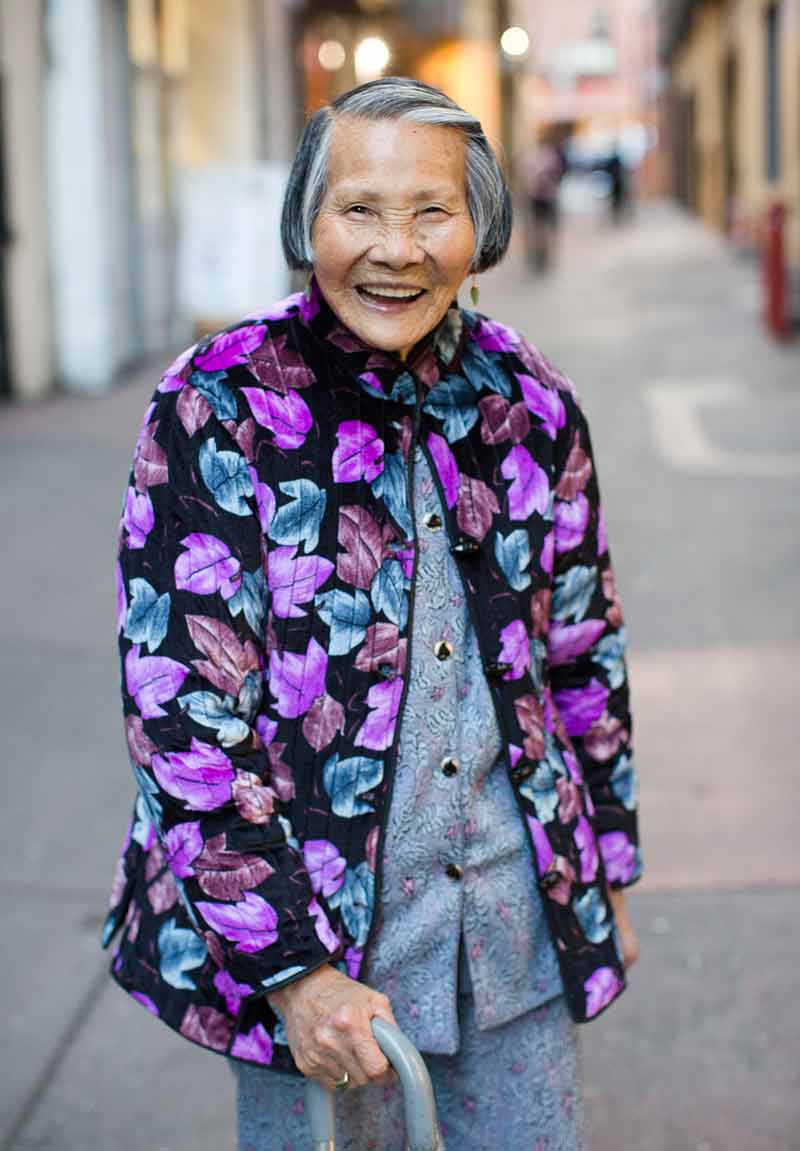 It turns out that Man Ta was a big fan of her jade sneakers, too. She told Chinatown Pretty, which along with the photos publishes snippets of the seniors’ stories, that she bought 10 pairs; ““I wear them until they break.”

The pair went on to photograph other Chinatown seniors and gather their stories, among them Buck Chou, 94, a former accountant and abacus master. 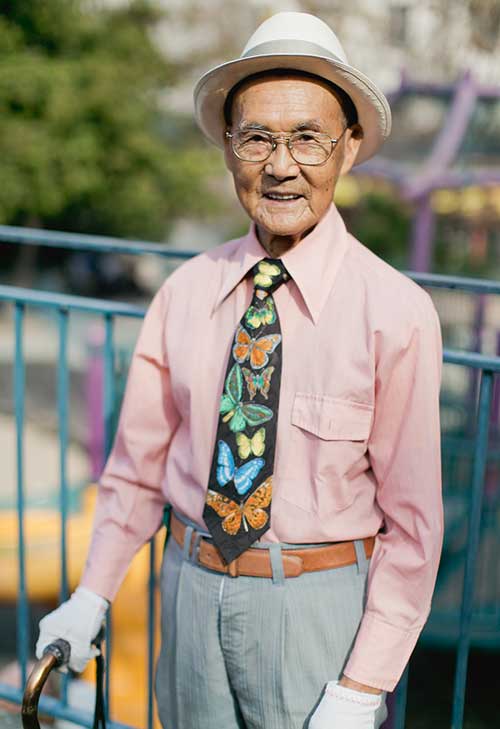 “He pulled out a little photo album and showed us photos of his younger self looking just as stylish with patterned pant suits, trench coats and hats,” Luu writes on the Tumblr. Chou’s signature style item: His ties, of which he owns 40.

Luu and Lu also got to know a man known locally as The Big One. 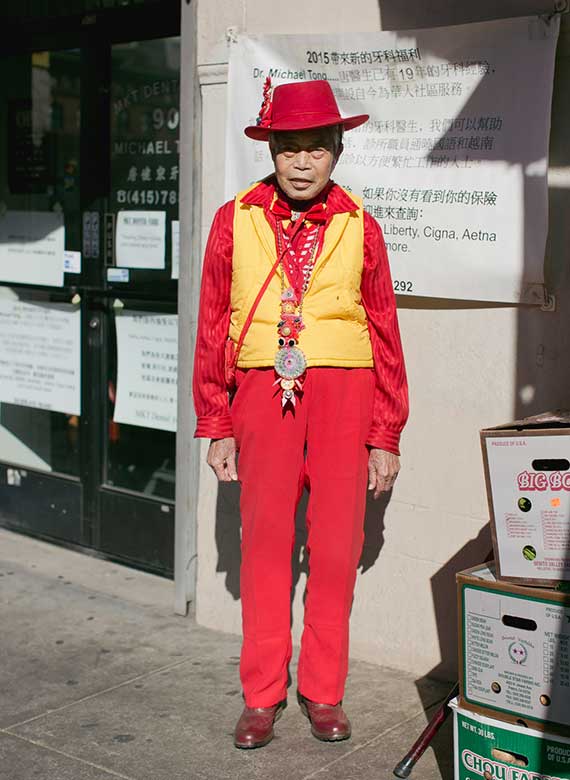 And this woman, whose socks say “My favorite salad is wine.” 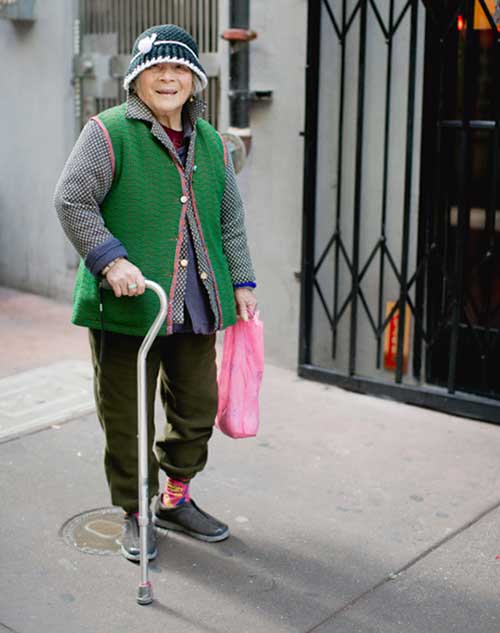 What makes Chinatown’s senior street style? According to Chinatown Pretty, it’s the layering of color and pattern, the pops of pink, the jade jewelry,the knitwear and occasional bits of bling. And purple. “Purple is really big in Chinatown,” Luu told KQED. “Sometimes people wear four shades in one outfit. There’s a lot of cane fashion, too, like floral walking canes.” 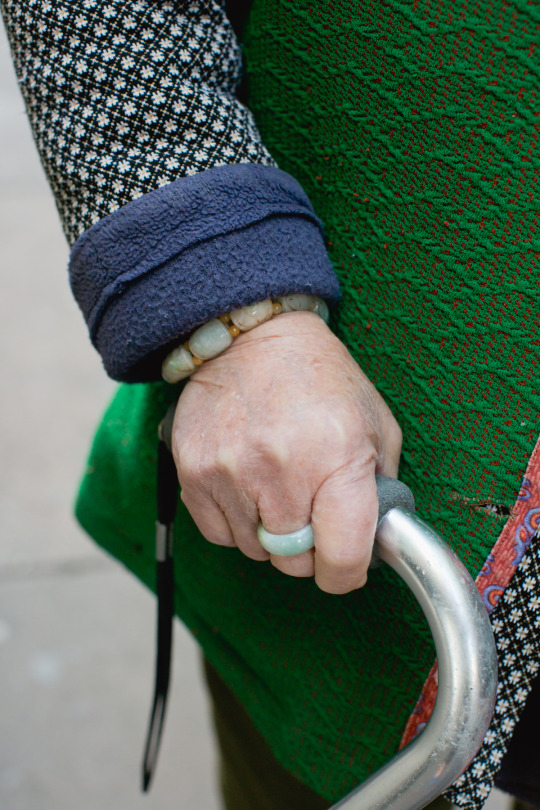 When the local Chinatown Community Development Center got wind of Luu and Lo’s project, they contacted the pair about mounting a Chinatown Pretty art show. The area’s small businesses have been impacted by subway construction, and the CCDC hoped that the initiative might help to bring customers. (The show runs through February, 2016 at the community arts space 41 Ross Alley.)

Many of the seniors featured by Chinatown Pretty came out for the opening. 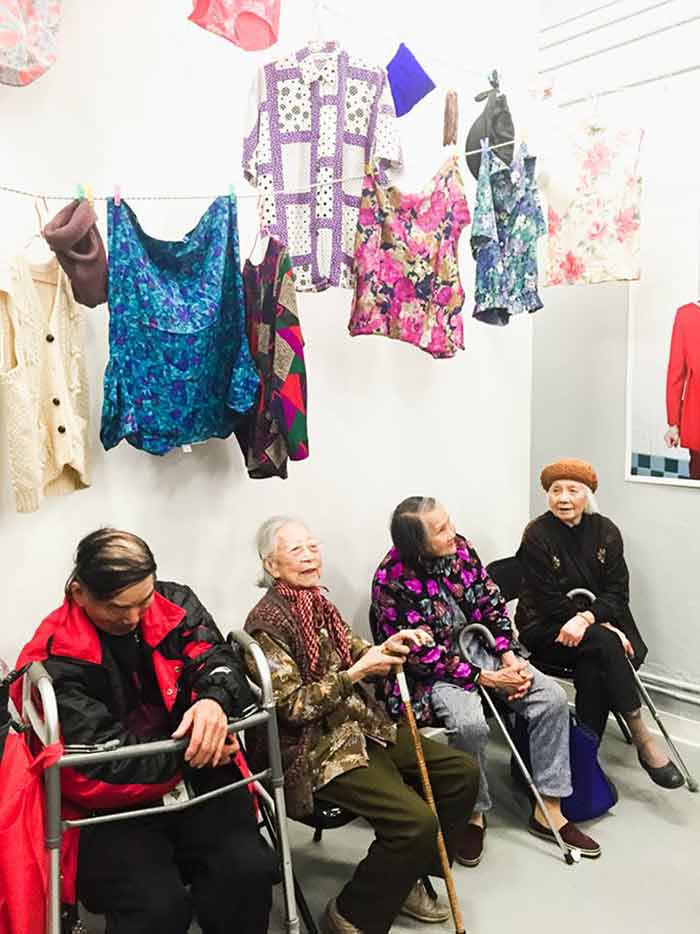 So did scores of local hipsters. And as news of the project spreads via local news media, it’s possible that this collaboration between seniors and artists might indeed bring much needed attention to a struggling corner of San Francisco.

What’s next? Luu and Lo told KQED that they hope to expand the project, shooting from coast to coast and letting Chinatown seniors tell their stories of style and life. 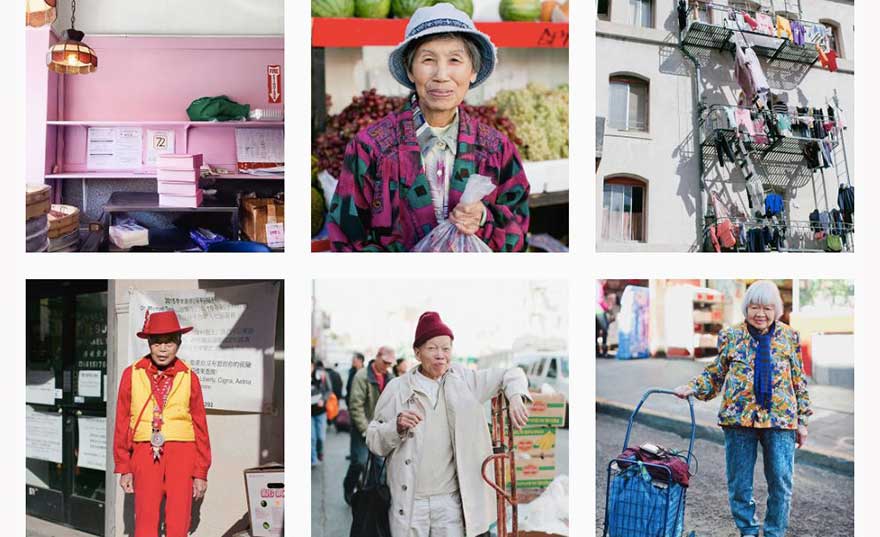 Learn how to appreciate all you have, even during tough times, with a gratitude exercise or two... and revisit our open thread on gratitude to share your insights!
Open Thread

This lockdown is annoying, frustrating, depressing - but there's one simple practice that helps.