Americans say older people should be responsible for themselves The Pew published the results of a massive new survey that asked people around the world how they feeel about aging in their countries. Among the findings: Americans are less worried than most  about the graying of our population; our population is also aging less rapidly than most. When it comes to our personal futures, we’re a little more upbeat than people in most of Europe, and we are of the opinion that older people, rather than the government or families, should be responsible for themselves. It’s a deep and fascinating survey. Click here to read the whole thing.

30 years ago today – or at least, 30 Superbowl Sundays ago – Apple unveiled its first ad for its first Macintosh, signaling that the world of personal computing was about to undergo a sea change. The ad was directed by filmmaker Ridley Scott (“Aliens”) and played during half time.

London’s Daily Telegraph celebrated the milestone by publishing an essay by actor-writer Stephen Fry about his 30-year relationship with the Mac. Click here to read it.

Sexy has no expiration date Since American Apparel – famous for casting teens in sexually provocative ads – posted a photo of 62-year-old Jacky O’Shaughnessy modeling the company’s lingerie on Thursday, almost 20 thousand people have liked the photo on Facebook and Instagram, and hundreds have commented on it – mostly in a positive way. To read the backstory, click through to the UK’s Daily Mail. 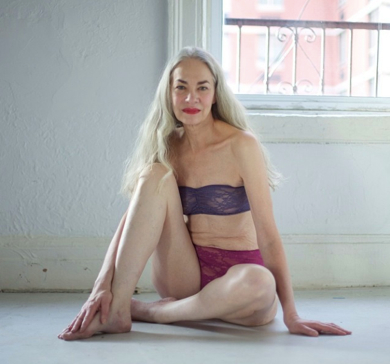 Facebook reinvents the newsfeed On the eve of its tenth anniversary, Facebook announced a brand new way to experience Facebook. Launching on February 3, Paper is an iPhone and iPad app that emphasizes the visual and encourages you to consume – and post – stories from across the network that match your interests. It’s all explained in this video.

2014: the year for seniors? Global Coalition on Aging executive director Michael Holdin predicts five major areas in which policies that address seniors will change in 2014: an exploding “silver market” as recognition builds that it’s worth catering to the 60-plus demographic; a shift toward seeing global aging as a potential boon rather than a major economic liability; and the expansion of the World Health organization’s Age Friendly Cities network, which promotes the idea that well designed urban centers are the best places to grow old. To read Holdin’s encouraging forecast, click to read his post on HuffPo 50.

Another reason to Mediterraneanize your diet New research suggests that eating a diet rich in olive oil, nuts, fruits and vegetables, and fish may help prevent clogging of the arteries in the legs; peripheral artery disease, which can be very painful, affects some  eight million people in the U.S. Click here to read about the study and here to read about other benefits of a Mediterranean diet, as well as how to adapt what you eat. 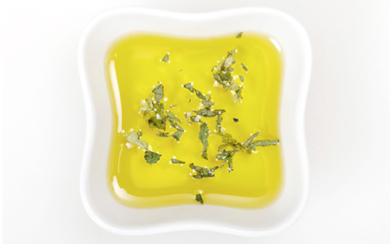 Thank your mother for making you practice your scales way back then – because even if you quit music lessons, learning and playing an instrument when you were a child might protect you from some types of compromised hearing as you age, according to a new scientific study. Click here to read more.

Let them sit State Assembly person for Flushing, Ron Kim, introduced his plan to introduce his Community Corner Cafe Fund – a scheme by which local businesses, like MacDonald’s, would receive state tax credits in exchange for welcoming older neighborhood residents who want to hang out over a cup of coffee. The plan is Kim’s response to a standoff between a Queens MacDonald’s and a group of seniors who were asked to leave the premises. He’ll work with advocacy groups to introduce the bill in the state senate. Read more at the NY Daily News.

Find of the week The unexpectedly popular and very beautiful Internet radio station Birdsong FM is just that – tune in, and you’ll find yourself fully immersed in a woodland scene complete with the sound of birds. Apparently scientific studies have shown that immersion in nature is relaxing and restorative; next time you’re having a bad day or they’re digging up your street at midnight, try it. Birdsong FM is now also available as an app for your i-device as well as on the web; the app includes sleep settings. Click here to visit Birdsong FM.