If you know the hit British TV comedy “The Office,” you know creator-director-actor Ricky Gervais, who plays a tone-deaf boss David Brent in the original version. This fall, Gervais is reinventing himself as Derek, a sweet, innocent, middle-aged nursing home volunteer. Derek, and the eponymous TV series that he wrote and directed, debuted on the BBC and last month became available on Netflix; you can now view some episodes for free on YouTube. Reviews have been mixed – but  the Twitter feed that was created to promote the series is a hit.

In #TextsWithGran, Gervais asked his Twitter followers to text an older person asking  “What’s the most important thing you learned in life?” The result: a sometimes moving, sometimes hilarious stream of advice, both good and questionable.

Some of our favorites: 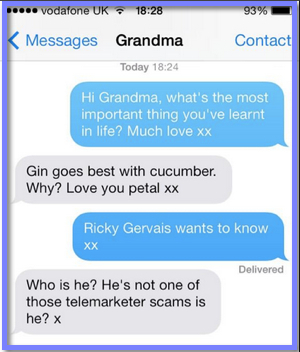 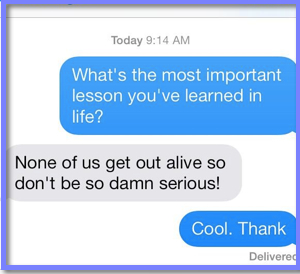 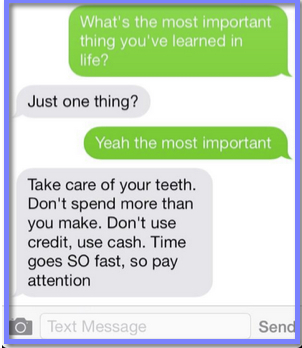 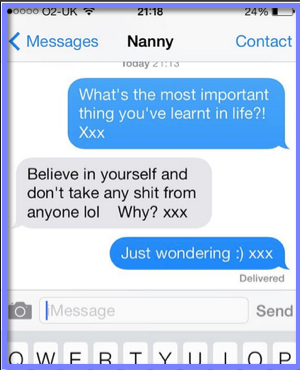 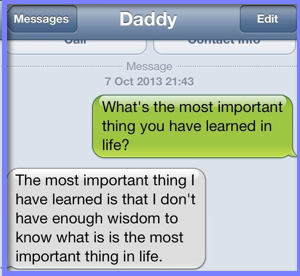 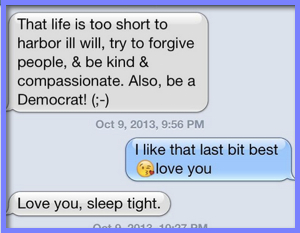 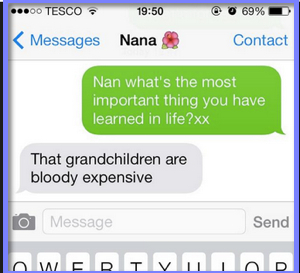 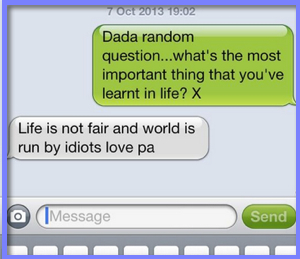 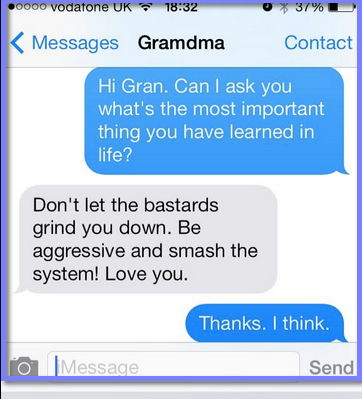 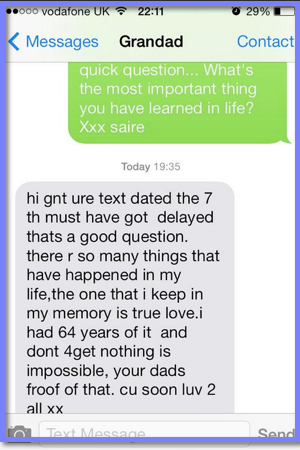 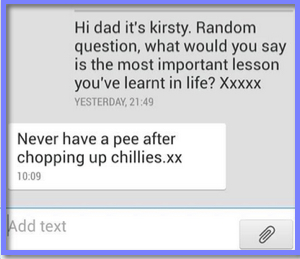 What would your one piece of advice be? Share it in the comments below.

One response to “Texts With Gran: Wisdom and Humor from Elders”