By Dianne Lange Friday, May 5 No Comments Share This:

“What stands out is when the texter, says ‘Thank you. You’ve really helped. I feel better.’ You sign off and look up in the sky and say, Whoa! It’s an amazing feeling.”

Thousands of people every day text 741741, and that number keeps going up. No, it’s not a secret sexting line; it’s the Crisis Text Line, a nonprofit 24/7 helpline that lets people in crisis text message a counselor. CTL’s success has surprised even its founder and CEO, Nancy Lubin.

Lubin began texting with teens when she was helming the youth volunteerism charity DoSomething.org; that’s when she noticed something. The teens would text her when they were having problems—anything from bullying to sexual abuse. Lubin realized that for young people especially, texting is a primary mode of communication. And in a moment of crisis, it’s perfect. “It’s fast, no one can hear you, and it’s in real time,” she says. The anonymity and intimacy of text makes it that much easier to reveal a scary secret.

Within four months of its August 2013 start-up, word of the text-for-help line had spread nationwide.

Ten percent of the texters are under age 13.

Some are the victims of family sexual abuse.

Occasionally, a texter is sitting next to a bottle of Tylenol.

By May 2017, more than 3,000 volunteer counselors have handled more than 36 million text messages.

Many of those volunteers are seniors.

Another advantage: Older people are responsible. “They show up on time and regularly commit to at least four hours of texting-time each week,” says Liz Eddy, director of communication at CTL. And since some of us don’t sleep so well as we age, we tend to be available during the hours before dawn when the number of texts spikes.

Steven Moray, 63, often volunteers for the Saturday night “spike team,” when people seem to be most in need of help. “More than a few times I’ve woken up in the middle of the night and instead of doing crossword puzzles, I go on the CTL platform for a few hours,” he says.

That’s why CTL is hoping to grow its cadre of mature crisis volunteers—or “superheros with laptops instead of capes,” as the nonprofit calls its counselors.

How the Crisis Text Line Works

CTL’s concept hinges on having a live crisis counselor help a person move from a “hot moment” to a “cool moment” through a text conversation, or as Eddy explains, to “de-escalate” those moments of high anxiety, deep depression, risky behavior and even danger to a cooler, calmer and safer level, so that the person in crisis is better able to cope with their situation. The text line’s technology flags texts that may need speedy responses—among the triggers for a flag: an unhappy face crying emoji. 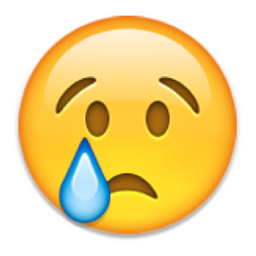 An average texting conversation lasts about 45 minutes, and texters can share at their own pace. Counselors act as sounding-boards, anonymous confidents who ask questions and encourage the texter to “talk” about what’s going on and how they’re feeling. In some cases, the counselor may recommend an organization or hotline that can offer specific help, whether it’s treatment for an eating disorder or guidance in escaping an abusive relationship. And although texts are confidential, in about one in a hundred cases, the counselor may refer a texter—say a potential suicide—to an emergency service. If an adult is abusing a minor, the counselor is required to report the situation. Professional supervisors can access the texter’s number to initiate a “rescue.”

For now, those who reach out to the CTL are mostly in their late teens to early 30s, but as more and more older adults take up texting, the demographics of CTL users are likely to broaden.

The person contacting CTL may be using their cell phone, but as a volunteer counselor you communicate via a special platform on your home computer. As you gain experience, you’ll be able to engage in several texting conversations at once while having a conversation with a supervisor if you need advice or support. The platform also lets you research community services, hotlines and other programs, and give that contact information immediately to the person who’s texting with you.

Nobody is thrown into the deep end—would-be volunteers complete a 36-hour training on- and offline program. Groups of volunteers meet with an instructor via Skype to learn the ropes of crisis management. They discuss different situations that a counselor is likely to encounter.  They also cover Course material—readings and self-quizzes—offline. Finally, counselors in training take one-on-one tests with a supervisor to check their helping skills.

The training focuses on developing and communicating empathy for and an understanding of people who are at risk for self-harm or suicide, are homeless, have an eating disorder, feel undone by stress or depression, or who are experiencing any number of other challenges—bereavement, bullying, health concerns, LGBTQ issues, isolation…

“The training is great,” says Steve, the older volunteer who often helps during spike hours. He’s been a CTL counselor for a year and a half. Even after you’ve finished the training, he says, you’re never alone. “There’s always a supervisor to help. If you’re not feeling comfortable, you have several options. Your supervisor may make a suggestion, or you can trade off the texter to another volunteer.” Each volunteer also has a mentor who can offer advice, guidance and encouragement.

There were a few times in the past, Steve admits, when he thought, “Hmmmm…maybe not.” Then he reminded himself that the goal is not to fix what’s broken, but to work with a person to help him or her get through the worst of the worst moments.

“I’ve had several hundred conversations,” Steve says. “What stands out the most is when, at the end of the conversation, the texter, says ‘Thank you. You’ve really helped. I feel better.’ You can’t replicate that feeling. You say, ‘You’re welcome.’ and sign off and look up in the sky and say, Whoa!  It’s an amazing feeling.”

“Volunteering at CTL is a way to stay connected and to actually get back from what you give. We seniors are good at it, because we have a lot of life experiences.”

The Crisis Text Line analyses the millions of texts it receives, using data science to anticipate a texter’s issue and intent based on words in their messages. The intelligence gathered through those insights becomes the basis for alerts that the volunteers see; certain words, for example, might trigger an alert that suggests the volunteer might ask the texter if they’re thinking about cutting themselves. The tech makes the volunteers better helpers. But the human connection is paramount. Watch:

To apply to be a volunteer with the Crisis Text Line, click here.

Here's how to amp your online socializing strategy to connect (meaningfully) with more people.