With the 79th anniversary of the Social Security Act, retirees (and most workers) worry about its solvency; will it run out of money to pay benefits. What can be done about it?

Changes coming next year are highlighted by an anticipated huge increase in benefits courtesy of the annual cost-of-living increase.

“I tell people with kids don’t be surprised if for your kids for retirement age is 70 years plus, because it needs to be,” says Beau Henderson, founder of RichLife Advisors in Gainesville, Georgia. “I don’t I don’t think we’re at the end of the road. I think I think it’s going to look very different than what it has for so long.”

“They’re talking about a 10.5% COLA increase for Social Security, just given the rate of inflation that we’re dealing with in the country at the moment,” says James Regan, financial advisor and partner with SharpePoint in Phoenix, Arizona. “That would be historically one of the, if not the highest, COLA benefit increase on Social Security benefits.” That follows a 5.9% adjustment in 2022.

Unless Congress acts, the Social Security Trust Fund will only be able to pay full benefits until 2034,

But that kind of boost is not sustainable, considering that the solvency of Social Security is already a big question, Regan says. Unless Congress acts, the Social Security Trust Fund will only be able to pay full benefits until 2034, when the fund’s assets will be depleted. After that the fund will only be able to pay current recipients 76% of the benefits they have earned.

Changes are likely to happen to keep Social Security solvent.

“Washington has a horrible habit of not being proactive, but reactive, right up until right before there’s going to be an insolvency date,” says Regan.  You kind of get a glimpse of that with these government shutdowns, right. They don’t get it all handled.”

“I don’t think there’s legislation where they can just fund the trust fund because the way that security structured, a lot of it comes to FICA and payroll taxes along with disability fund, and Medicare,” says Regan. “It’s not just like a you can write a blank check and just deposit money into the trust fund that would solve things short term. The real changes that need to come to Social Security are going to be much longer. I’m 40 years old and I think my generation is going to get a very different view, if anything from Social Security.

The annual income of Social Security beneficiaries would be reviewed to determine whether they would receive a reduced benefit or no benefit at all.

“There has to be changes where they’re encouraging people to defer longer, and maybe deplete more of your savings sooner before you start to claim Social Security benefits,” he says “But I think that for people who have retired who have saved well, and are retired or have decent income or retirement, I do think they’re going to be means tested eventually.” The options:

“I’ve heard proposals of things like continuing to push back the retirement age from 65 all the way to 67,” says Henderson. “I wouldn’t be surprised if the government continues to kick the can down the road so that eventually the full retirement age might be maybe 70. But I think they’ll do that over time. Because by extending the timeline and it keeps the money in the system and keeps it viable.”

“By removing that cap instead just incrementally increasing it would be another big boost for the viability of Social Security?” says Henderson.

“Social Security is delicate,” says Henderson. “I call it the baby you don’t mess with too much – because it’s political suicide to make to make a sharp reduction or take away a benefit from the largest demographic in the country. So, what I’ve seen government do is make these incremental changes to keep it viable for a period of time and kind of kick the can down the road.”

Want to know more about this topic? Two places to try are AARP,  and The National Committee to Preserve Social Security and Medicare.

There’s also this interesting blog post that reminds us that Social Security benefits are already means tested. Read it here.

Stay on top of your finances with Senior Planet from AARP. Join us for live lectures on finance, money management, budgeting tips, and more by checking here.  Questions? Call our dedicated help hotline: 888-713-3495. 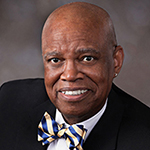 Rodney A. Brooks is the former deputy managing editor/Money at USA TODAY. His retirement columns appear in U.S. News & World Report and Senior Planet.com. He has written for National Geographic, The Washington Post and USA TODAY. The author of “Fixing the Racial Wealth Gap,” Brooks has testified before the U.S. Senate Special Committee on Aging. His website is www.rodneyabrooks.com.