We put out the call and got so many responses to our Open Thread about favorite comfort foods. Some of them are pure junk food (guilty as charged, I love potato chips), but the majority were real foods with actual nutritional value…and of course they are as varied as our readers and subscribers. 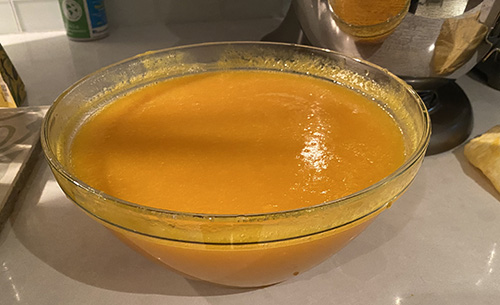 Soup got a lot of love.  Roberta loves her homemade potato soup with dumplings, Ryan votes for wonton, and Gail holds out for matzoh ball soup, as does VG. Francine voted for butternut squash soup and even sent us a picture, but no recipe, alas.

Bonnie  was kind enough not only to reveal her fave – some really yummy sounding chili – along with the recipe. It’s among the comments in the original post; the pic at right is for inspiration, so go for it! 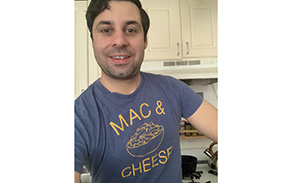 Pizza and enchiladas got rave reviews as well; so did mac and cheese according to Terrie and Aaron, a Senior Planet program manager. Think Aaron is more than just a fan?  Judge for yourself.

I had plenty of company in my love for junk food, (although I’ll need to practice social distancing from my fridge). Peter and Steve is with me on salty snacks, but the sweets camp got a lot of love too, especially ice cream according to Melissa, Fred and several others.  It only goes to show…

3 responses to “So What Are Your Favorite Comfort Foods?”