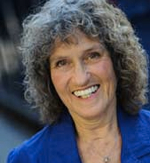 I’m almost 60 and in a two-year relationship with a lovely man after 12 years of celibacy. However, I have developed a phobia around his habit of keeping his cellphone on – and on the bedside table – when we’re having sex.

I can’t relax and enjoy sex. Just as I start to get turned on, my mind says, “What if his phone rings or beeps a text?” This happened a couple of times, which was enough to convince my mind that it’s going to happen again. Now I get anxious and my system freezes every time, just when it should melt! I feel very frustrated.

When we first met, he was still working and used his phone alarm to wake up very early, so I couldn’t do anything about those nights. But the habit continues now that he’s retired. He has adult children, friends, a chatty sister. He worries that his daughter (grown, healthy, busy, independent) might be in trouble and trying to call.

Those couple of times when his phone interrupted us were at the crucial moment, on the cusp of segueing into the slipstream that pulls me to orgasm. I now freeze at that point: the very febrile and fragile point where I want my mind to disappear while my body does that silky gear change of its own accord. And after I freeze, I can’t get the flow back, and I’m stuck thinking, “Will the phone ring?” while he is doing his best to please me. Always asking him to switch it off just as things heat up is also off-putting.

There are side issues. I am way out of practice, having foolishly dropped out of sex for 12 years of celibacy (lazy and uninspired, mistakenly thinking I was past it after menopause), only to change my mind when I met him. He’s a very attractive man, long divorced, at ease in his body and mind, and used to being with women at ease in their bodies. I, on the other hand, have always had trouble focusing and relaxing with sex.

Now that he realizes how having his phone on affects me, he is entirely willing to switch it off, although even now he sometimes “forgets.” He likes to be spontaneous – I need to run around closing curtains and windows.

Cellphones didn’t exist in my sexually active youth, so I am a bit flummoxed. I realize it is a mind problem, but until I attain a Zen level of equanimity, the phone with its ring tones, text chimes and Skype burbles must remain off and out of the room. Am I wrong? —Cellphone Phobic

First of all, I don’t see you as “phobic” at all. You’re realistic! You know your arousal pattern and what interferes with it, and you’re standing up for great sex with your lover. At our age, arousal is a tenuous “silky gear change,” as you described it so beautifully, which can be derailed by any interruption.

You’re fortunate that your boyfriend wants to please you and is willing to go along with making the bedroom a cellphone-free zone, even if he forgets sometimes. He sounds like a good man who’s eager to do what you need, but who like all of us, have decades of habits that don’t always fit smoothly into a new relationship.

Instead of leaving it to chance and worrying about his phone interrupting the flow, how about setting up a way it can’t fail. Find an attractive basket or pouch that fits over the doorknob – his new sex-friendly cellphone holder! Tell him that when you’re in the mood for loving, you’ll put the holder on the doorknob outside (not inside) the bedroom. Then he can turn the phone off and park it until you’re done. You may want to come up with a different variation on this idea, but make it fun, easy, clear and stress-free. Then the “will he forget?” worries won’t intrude. In fact, seeing the signal on the doorknob may just rev up his sexual appetite – you’re telling him that you want him.

It would also be a good idea if he told his daughter, sister and all the other callers that he often will not be “on call” the way he used to be, that he wants to enjoy phone-free dates with you, and they should leave a message and go do something else rather than expecting him to answer instantly.

I love stories like yours of finding sexy love in later life, especially after you thought you were done with it. It’s never too late, and I hope your story inspires readers who are unpartnered to (a) keep sexuality alive through regular, solo sex; and (b) be open to a new relationship that could be right around the corner. —Joan

Joan Price is the author of the new “Ultimate Guide to Sex After 50: How to Maintain – or Regain! – a Spicy, Satisfying Sex Life”;  the award-winning self-help book “Naked at Our Age: Talking Out Loud about Senior Sex”; and the sexy memoir, “Better Than I Ever Expected: Straight Talk about Sex After Sixty.” Visit Joan’s  blog, “Naked at Our Age,” and her Facebook page.

3 responses to “Smartphones During Sex: How to Break the Habit”