If you haven’t heard the word “selfie” by now,  you’re not following the news.

Time magazine pronounced 2013 “The Year of the Selfie” and in December, the Oxford Dictionary Online named it word of the year. The term is cropping up in online news multiple times each day. A group selfie from the Academy Awards brought down Twitter a couple of days ago when Oscars host Ellen DeGeneres tweeted it.

If only Bradley’s arm was longer. Best photo ever. #oscars pic.twitter.com/C9U5NOtGap

Everyone is taking selfies, from the Pope, 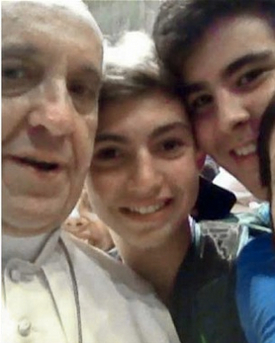 and of course, millions of perfectly posed teenager girls.

But generationally speaking, older people are seriously under-represented in the selfie universe. A new site that analyzes selfie style and presents its findings based on geography and demographics has an upper age limit of 49.7 years – the oldest selfie taker its managed to record.

Stepping Back: So, What Is a Selfie and Is It Art?

A selfie is the picture you take of yourself when you hold your cellphone at arms length, point the phone’s camera at yourself and press the button.

Because of the physical limitations, selfies have a certain look: They’re often oddly composed and use peculiar camera angles. Faces are close-up and might look distorted.

The art critic Jerry Salz in New York magazine recently called the selfie a genre, like installation art or landscape painting. Salz refers to this new type of self-portraiture, enabled by humble cellphone cameras and shared on social networks, as the folk art of the 21st century.

Now, new subgenres of selfie are cropping up: The Irish Farmers Journal sponsored a “felfie” contest and the winning picture, taken with his cows by PJ Ryan from Tipperary, went viral in Britain. 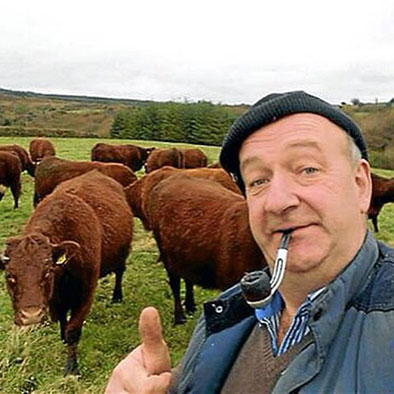 The Art of Senior Selfies

Teens may be the most prolific creators of selfies and have been accused of creating a culture of narcissism with their incessant online sharing of self-portraits, but you’re never too old for that: Geraldo Rivera tweeted his bare-chested selfie last year with the message “70 is the new 50.” 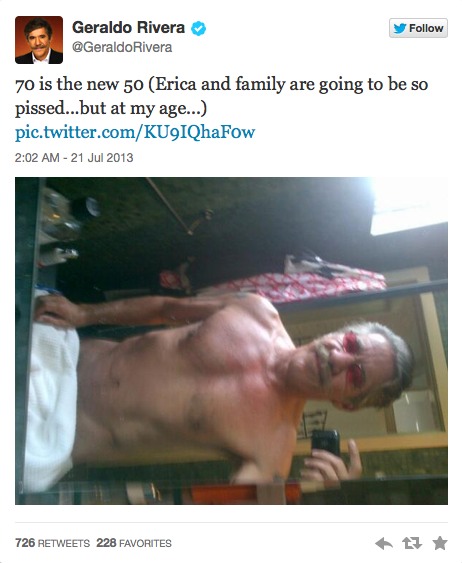 Then in December,  the Tumblr blog Stop Senior Selfies was created to “shame seniors out of taking selfies by uploading their failed attempts.” The implication: Older people can’t take good selfies.

We decided to get an opinion from the man who’s credited with coining the term “selfie,” designer, photographer and selfie aficionado Jim Krause. The evidence? A series of senior selfies published in January by Mashable under the title “19 Grandparents Snapping Cooler Selfies ThanYou.” 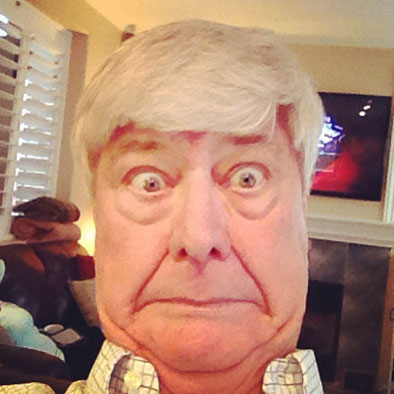 Krause has been taking selfies since 2005 – before Facebook and smartphones even existed. “My friends are all interested in creativity of different sorts, and when digital cameras came about we were all over it, because you don’t have to pay for film,” Krause told us. “I can take a picture and decide whether to keep it or not and have fun playing around with it.”

Krause’s take on Mashable’s senior selfies: “I like them.” His two favorites: This one, taken by pointing the camera at the mirror 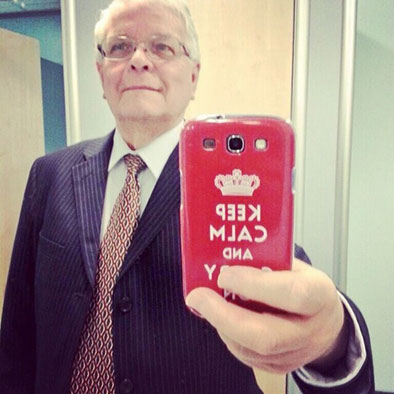 and this one, where the photographer is playing with the camera angle: 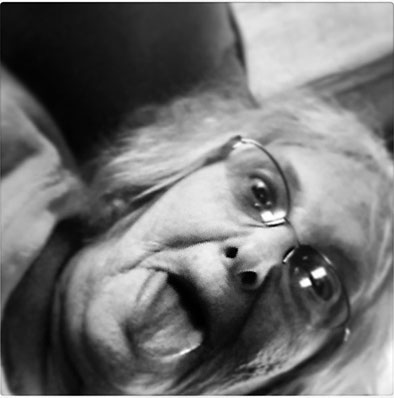 Shooting selfies, Krause says, is a “low stakes, low pressure way of being creative. Its right there at hand. It’s play.”

And you don’t need fancy equipment. “It’s the idea of using what you’ve got. You can have a terrible cellphone camera and take a fun selfie. Give it a try – once you take one, chances you’ll get hooked.”

What makes a good selfie? “If you like it, it’s good.” That said, Krause does have some tips for selfie artists:

Ready? Send us your selfies to editor@seniorplanet.org; we’ll share them with the world (anonymously, of course!) For a tip on how to get the photo out of your phone and into an email, click here.

6 responses to “Selfies for Oldsters: It’s Time to Represent”