From news you can use to finds you light like, take a look at our picks from the week online.

How often do you read stories about people in their 70s and 80s leading normal, active, day-to-day lives — not sky diving or marrying a long-lost sweetheart, just staying busy and fulfilled despite infirmities and other obstacles. Exceeding Expectations is telling those stories. A project of Columbia University’s Mailman School of Public Health, the series zooms in on 20 older New Yorkers and lets us into each one’s life day by day. Watch the intro below and then visit the Exceeding Expectations website to start reading the stories and sign up to get updates by email. Click here.

One year. One city. 20 lives. Follow along. from Dorian Block on Vimeo.

Research: Mediterranean diet may actually grow gray matter — and meat may shrink it

Just days before the World Health Organization announced that processed and red meats contribute to certain cancers, another team of scientists published showing that seniors’ brain volume — especially in the area was in direct proportion to how closely they stuck to what’s known as a Mediterranean diet – one high in fish, vegetables and fruit, olive oil, nuts and grains. Conversely, older people whose diets included large amounts of red meat were found to have lower brain volume. Previous research has linked a Med diet with a lowered risk of Alzheimer’s, but this is the first study to actually show a reduction in brain shrinkage. Read more about the study here and check out Senior Planet’s article,  “The Easy Way to a Mediterranean Diet.”

“Holy science fiction, Hollywood — somewhere, in a galaxy far, far away, a grown woman has been given permission to look like a grown woman. I want to go to that planet!” So writes Salon’s Mary Elizabeth Williams of a moment in the new Star Wars movie when the audience is given a glimpse of the aging Princess Leia, played by former sex icon Carrie Fisher. As Williams points out, in an industry that for years has insisted on older women being either grandmothers or botoxed, “the sight of an older, softer Leia is cause for cheering.” More evidence of a sea change in Hollywood, as GenX reaches AARP age? To read the full article, click though to Salon.com. 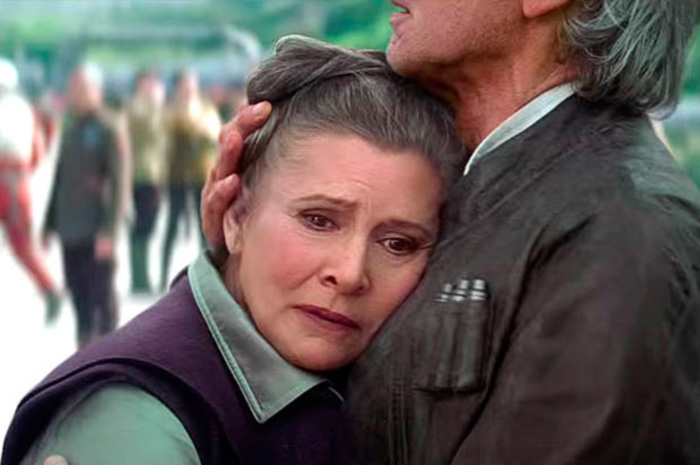 More from Hollywood: The sad tale of Mickey Rooney

The story of Mickey Rooney’s financial exploitation at the hands of family members made news when it was exposed in 2011. Now, a story in the Hollywood reporter claims that Rooney was physically and emotionally abused, too, right up to his death in 2014 in rented apartment with $18,000 to his name. The report, based on several years of investigation, tells a story debasement, bruises and black eyes — Rooney apparently lied to his doctor about the source of the injuries. A short video clip recorded by a freelance writer who was interviewing the actor about his life shows some of it:

A new national membership organization, Enrich Life Over 50, wants to reverse ageism and kickstart an entrepreneurship model among older Americans — and, its website says, “reverse the entitlement economy.” Just a month after its launch ELO50 is asking Americans to help come up with a new name for the post-50 demographic – not senior, not Boomer, not older adult or mature adult, but…. You can enter the contest by providing your name, email and your brilliant idea on the organization’s website. The winner will be awarded with  $1,000, a plaque and more. Click here to enter the contest.

A couple of weeks ago we alerted readers to a scam that claimed Facebook was going to charge users to keep their posts private. Now, Facebook is indeed making a change that could affect your privacy: It is making it easier for public posts (those not restricted to specific viewers, like friends or friends if friends) to show up in people’s search results. If that idea concerns you, check out a simple step-by-step in Time magazine, which tells you how to adapt your settings for new posts as well as old ones. Click here to see the how-to at Time.com.

The award for best article on dementia should go to…

Dasha Kiper, whose essay in the Guardian says more than anything we’ve read about the experience of dementia for those who live with it and those who care for them. Kiper, who has a background in clinical psychology and empathy to spare, was hired by a friend to provide live in care for his father, who was almost 100. She describes the unravelling of their lives in the wake of demential’s “deviousness” — it’s ability to trick you into thinking that patient and caregiver are two separate entities, one normal and one not. Her story is insightful and soulful, a must-read. Click through to TheGuardian.com.

You might not be planning a costume, but how about indulging in a spooky thrill or two for Halloween? The arts and culture site Flavorpill has put together a list of “10 Creepy Podcasts to Get You in the Mood.” Among them are “True Murder,” an entertaining interview series with crime writers talking about real-life murders; “Fireside Mystery Theatre,” an old-school series recoded with a live audience; and the latest hit podcast “Limetown,” in which a fictional host investigates the disappearance of 300 people from one small town. See the whole list in this slideshow.

Aging is an emotional process, leading design thinker Stuart Karten writes, and tech companies need to recognize the fact if they are to come up with products for a new generation of seniors. “Today’s products and services must address … the essential human element of aging,” he says, not just the physical needs, and that means focusing on dignity, autonomy and sense of self. Karten continues by offering a bullet list of design needs, including “Enable control, not just care” (his example: ride-sharing app Uber, that lets people with limited mobility get around), “Reframe health as a journey” (preventative care products – even if insurance doesn’t cover them), and “Help them stay productive” (ergonomic changes to assembly lines). Read the whole list at ReCode.net and let us know in the comments section below what you think.

There’s been plenty written about sexism in Silicone Valley, but ageism hasn’t had as much play, even though, as Steven Levy points out in a seven-minute read on Medium (the site rates articles by how much time they’ll cost you), a recent analysis found that “the average age at Google was 30; at Facebook, 28; LinkedIn, 29, and Apple, 31.” Older job seekers in the industry are advised to hide their age — even get plastic surgery — rather than fight for their legal right to be hired. Levy, who happens to be 64 and employed in the tech sector, takes a close look at what it would take to change this picture, starting with the government requiring companies to include age in their diversity reports, along with race, ethnicity and gender. Read the whole 7 minutes on Medium.com.

This couple recreated a scene from the “Up” for the 60th wedding anniversary.

2 responses to “Princess Leila, Older Woman — and more from the week online”