Major ad campaigns don’t usually feature 62-year-old women in their skivvies, but then how many of us have both the moxie and looks of Jacalyn O’Shaughnessy?

For those of you who somehow missed it, last month O’Shaughnessy appeared in an advertisement for the youthful brand American Apparel wearing nothing but lacy underwear and a knowing smile. The vision of this silver-haired woman sitting there, so confident and beautiful in her skin, shook up stereotypes about what it means to be a women “of a certain age.”

In both her personal and public life, O’Shaughnessy carves her own course. Her career has included stints as a live-in maid, delivery girl, waitress, actress (she has appeared in everything from “Night Court“ to “Honey, I Shrunk the Kids“) and legal secretary. Single with no children, she says kids just didn’t happen. And when asked about marriage, she rightfully turns it around: “Why is that question so often asked of women? It doesn’t seem to be asked as often of men.”

Through e-mails and phone chats, we asked O’Shaughnessy about her adventures and what it feels like to bare body and soul at 62. 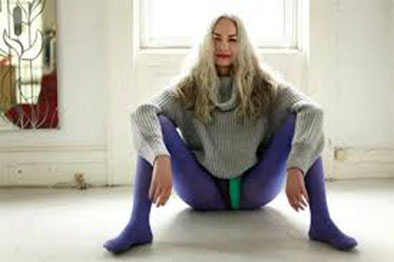 How did you become an American Apparel model?

In 2012 I had left Los Angeles and moved back home to Manhattan. I was sitting outside one evening and a woman crossed the street and said, “you’re beautiful” and then walked away. Two weeks later I was having dinner at a restaurant around the corner and this same woman, whose name was Marsha, was there. We decided to have dinner together and we talked about so many things: age, being a woman, perceptions, health, men, etc.  I told her I’d just moved back home, hoping to leave the secretarial life behind, get back into acting, explore mature modeling. I had no idea she was the creative director for American Apparel. A few weeks later she called and asked if I’d like to join her at one of the American Apparel stores and pick out some outfits. And that was the start.

There was a lot of positive feedback about your lingerie ad. Were you expecting to have such a fan club?

No, I never expected it. I had no idea the photos would be so powerful and I’m very grateful to all the people who’ve responded with such support – women and men.

Let’s talk about the negative reactions. Why do you think that so many people struggle with mature women and expressions of sexuality?

It’s a prejudice and prejudices are taught. All prejudices are based in fear. When younger people try to trash or limit older people, they just end up trashing and limiting their own future selves.

How about the issue of “invisibility”? So many older women say they feel invisible, even if they were noticed a lot when they were younger. Have you found this to be true?

When I was younger, I was constantly verbally assaulted by construction workers, garbage men, guys in business suits. I remember then thinking I wish I were invisible. So when the attention shifted, I did find I had to make an adjustment in my thinking and in my own perceptions as well. Being out in public is so much easier now. On occasion I see a group of guys come on to a girl on the street; she’s usually alone, and it angers me, it’s so cowardly. I like being free of that kind of aggression. It was never flattering, because these guys had no respect. Now, if someone gives me a smile of appreciation, it’s worth something.

How does being sexy change over the years?

If you work on loving yourself, which can be so difficult but is essential, you start attracting people with whom you are more connected.  The stronger and healthier the connection the more blissful the sex becomes.

How do you stay so fit?

Stretching, walking everywhere, taking the stairs, 20 minutes of Pilates when I’m into it, lifting 5-pound weights when I think of it. I could use more exercise. Meditation is important. I’ve resisted it for years; I’m not good at it. But I’ve had moments in meditation when I realize, oh yes, this will help a lot. So I keep at it.

Looking like this is not genetic. I work at it and have been since I was a teen. I have been looking for answers for what works for my body for decades and I’ve been through the mill with diets since I was 13. I was steaming vegetables and drinking lots of water in my mid-20s, yet my ankles and hands would swell, my stomach hurt. It’s a long list. I’ve weighed as much as 185 pounds and as little as 120 pounds but the essential “look” didn’t change, nor my energy. Then in my mid-50’s I was handed a book, Peter D’Adamo’s “The Blood Type Diet.” I thought, fine, one more try. It was amazing. So many body issues cleared up and the weight just fell off. I didn’t think it was possible.

But one of the most important things I’ve learned? Happy people exude a healthier look. They get up and they are ready to go, and it reverberates. It’s not all about what you drink, eat, or how often you exercise, it’s also about what you are holding onto inside and what kind of energy you are putting out there. Put out good energy!

I feel that healthy aging requires awareness and continued discipline, but also not giving in to the limiting attitudes that have been fostered for such a long time about getting older. Older people have opportunities now to be strong and healthy, perhaps stronger and healthier than when they were in their 20s. The heroes are all around us. Look for them. 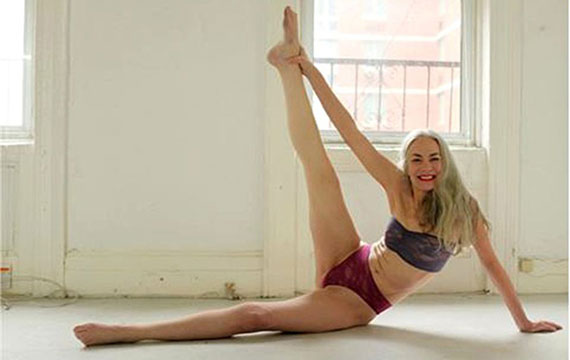