Of course we’ve all, since the lockdown, been dutifully sticking to our routines, getting our daily exercise, watching our diets, taking our vitamins and engaging in wholesome activities to keep our minds engaged, right?

I’ll come out and say it – as long as I don’t make a habit of it – I’ll let the routines and habits go.

There have been whole days of moderate temperature and bright sunshine that I spent parked in front of the TV for a Charlton Heston film festival.  Nights I spent binge watching Peaky Blinders. I’ve knocked off an entire bag of potato chips in one sitting and called it dinner. (And one glorious night I had three slices of pizza! Heaven!)  I’ve ignored the to-do list in favor of watching dog videos for hours.

As long as I don’t make a habit of them, (but the potato chip one is really hard to break!) I figure it’s okay.  I’ve long since given up the fantasy that I was going to come out of quarantine 15 pounds lighter and speaking Mandarin.  I’ll be happy if I can control my weight enough that I don’t have to butter my thighs to get out the door.

But how about you?  What are the guilty pleasures you indulge in from time to time that keep you going?  Let us know in the comments!

Photo by Sean McClintock on Unsplash 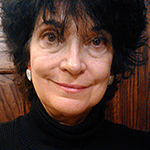 Virge Randall is Senior Planet’s Managing Editor. She is also a freelance culture reporter who seeks out hidden gems and unsung (or undersung) treasures for Straus Newspapers; her blog “Don’t Get Me Started” puts a quirky new spin on Old School New York City. Send your suggestions for Open Threads to her at [email protected]