Brandon Stanton started with a simple idea: He wanted to build a “photographic census” of New York City. A new arrival from Chicago in 2010, the bonds trader-turned-photographer planned to photograph 10,000 strangers as he wandered the streets, snapping pictures of locals, and post the images online. At the time, he had no photographic experience – in fact, he had no camera. What he did have was curiosity about people and their stories.

Some 5000 images, millions of viewers worldwide and plenty of shoe rubber later, Stanton’s Tumblr blog Humans of New York has become a hugely popular web destination and has spawned “Humans of” sites in other cities, as well as an offline coffee-table book that was an immediate bestseller. Even if you don’t follow his blog, you’re likely to have seen images from it shared online.

Like any census, Humans of New York isn’t a 100 percent accurate survey of the city’s population; it over-represents some segments, among them, seniors. In an online Q&A with the Reddit community, Stanton confessed to having preferences when it comes to subjects: “In a place as diverse as New York, it’s important to keep the photos as diversified as possible,” he responded to one question “[But] do I succeed in keeping my photos free of patterns? Of course not. I love puppies, kids, and old people. I feel like a lot of time the best perspectives, and quotes, come from people at the beginning and end of their lives.”

It was a picture of an older woman on the subway that convinced Stanton to routinely include quotes from the people he photographs; the woman was wearing all green and had also dyed her hair green. Stanton told American Photo, “She said to me, ‘I used to be a different color every day. Then one day I tried green and it was a really good day. I’ve been green every day for 15 years.’ I put the photo up, added the caption, and it became the most popular photo I ever posted.”

Since then Stanton posts bits from the conversations he has during his street encounters, whether his subject is in the mood to open up or is less willing.

“My goal,” he recently told CBS Morning News, “is, in a very short amount of time using only a few questions, to find something out about that person, preferably something personal.”

Senior Planet decided to go back through Stanton’s summer archives and spotlight some of his meetings with elders. What were we looking for? Attitude, of course – New York attitude.

Click on the images to see the originals on humansofnewyork.com. 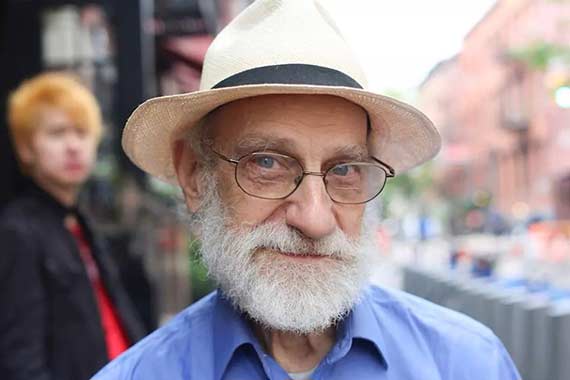 “If you could give one piece of advice to a large group of people, what would it be?”
“Don’t make eye contact.” 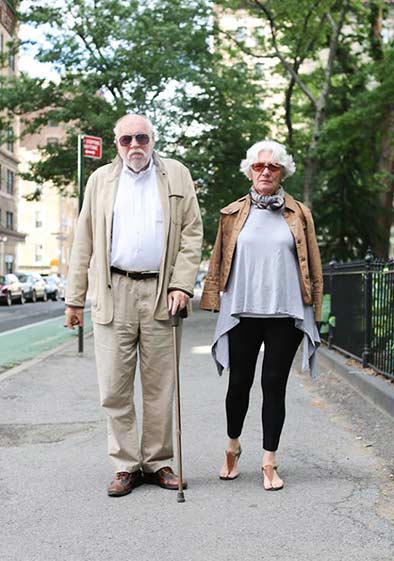 “He’s always supported a sense of independence in me.”
“How has he done that?”
“By letting me do what I damn well please.” 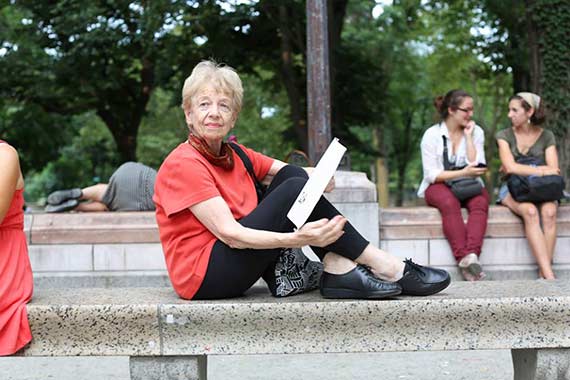 “Some aches and pains, but I’m enjoying being eighty. It’s not nearly as bad as I thought it was going to be. I underestimated the pleasures of an unstructured life.” 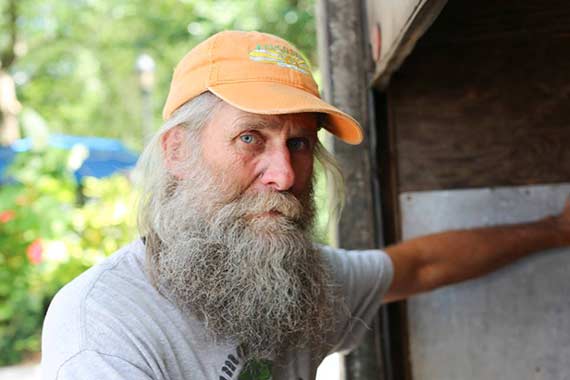 “I’ve been working my whole life to make the word ‘organic’ mean something. I lobbied for 20 years. I was hopeful when the National Organic Program was instituted in 2000. I saw an early version of the bill, two months before it was passed, and I’m telling you— it was awesome. But they gutted it. By the time they got done with it, 142 synthetics were lawfully permitted in the growing of ‘organic’ food.” 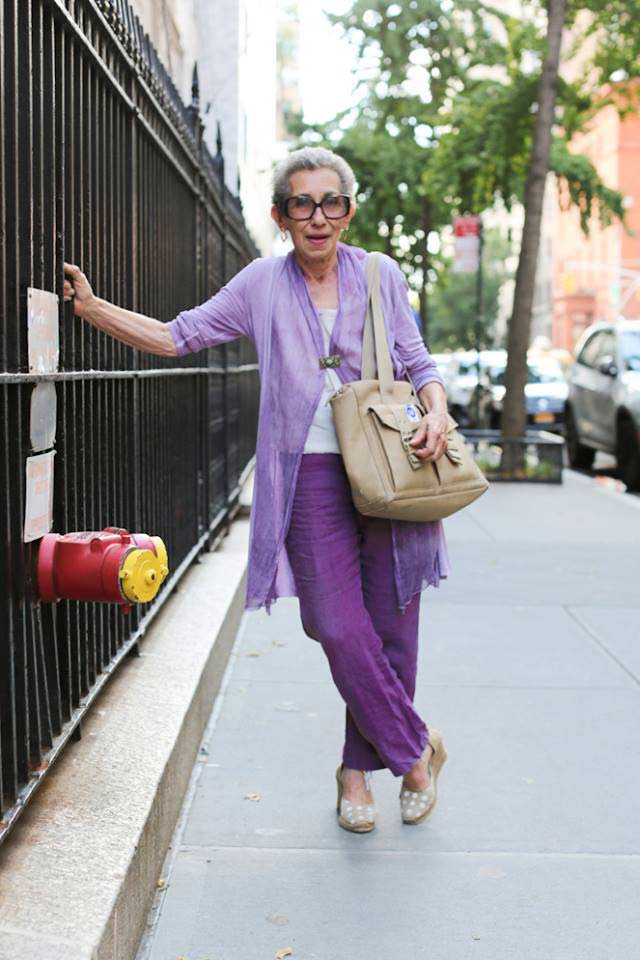 “I’m an artist. I paint murals.”
“What would you say to a young artist?”
“Fuck the rules.” 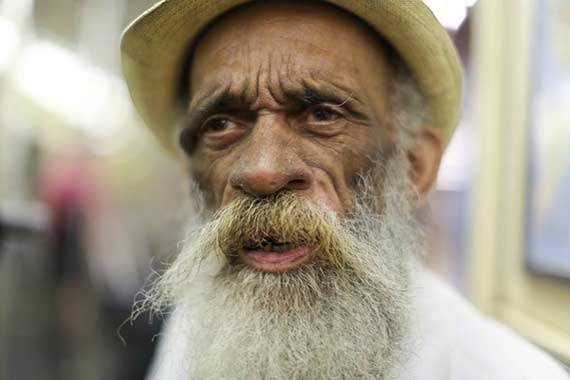 “They call me Cat Man. I’ve normally got about three or four kittens in my jacket with me. There’s this empty lot in Brooklyn where this one cat keeps pumping out ten kittens every three months. She just won’t stop. She’s some sort of super cat. I carry them around and sell them for about $40 apiece.” 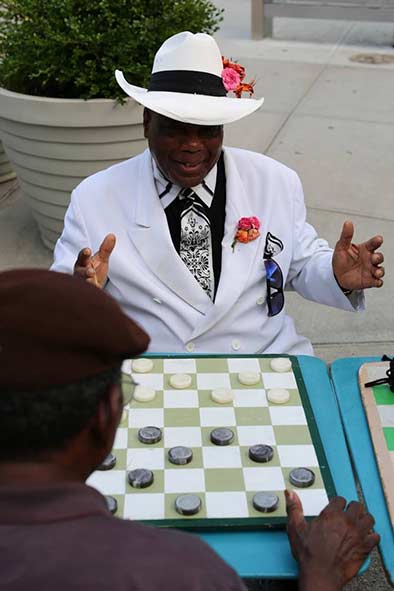 He handed me a business card.
It said: “Checker Pimp.” 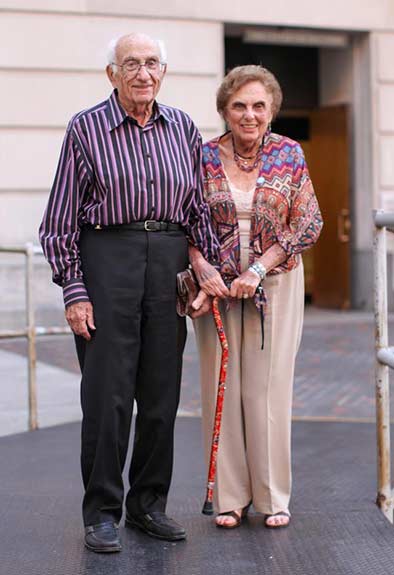 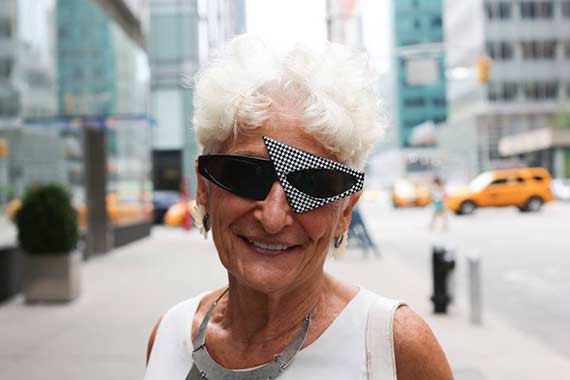 “You stopped a live one today, honey. I’m an international cougar!” 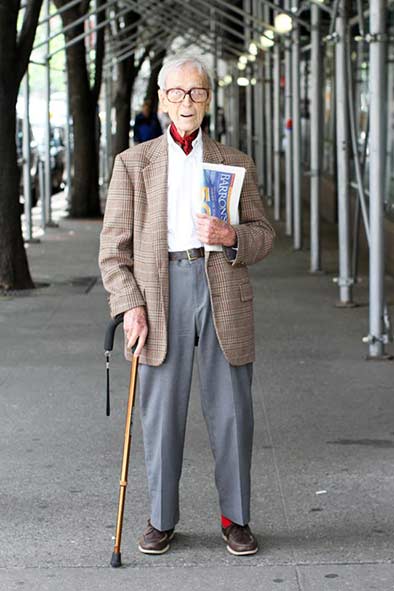 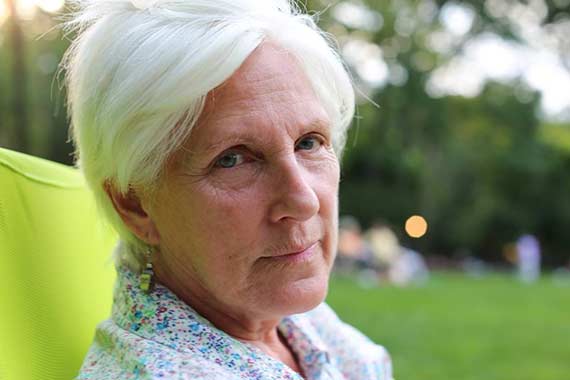 “What’s your greatest struggle right now?”
“Trying not to take on everyone else’s shit so I can relax for a second.” 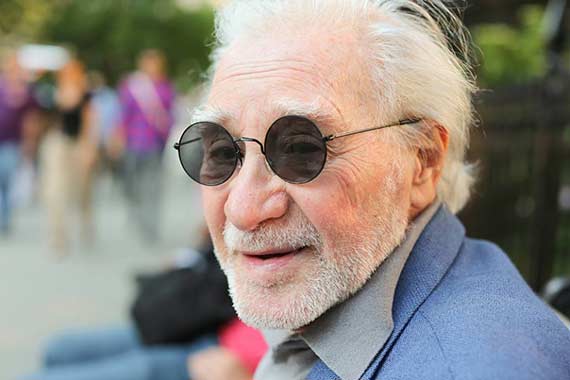 “I rushed through life. Now I’m relaxing. And I’ve gotten more out of relaxing than I did out of rushing.”
“What were you rushing toward?”
“Achievements.”
“Didn’t you get satisfaction from your achievements?”
“No. They only caused me to want more achievements.”

Are you an older human of New York? What would you tell Stanton if he asked you, “If you could give one piece of advice to a large group of people, what would it be?”