By Senior Planet Sunday, January 17, 2016 No Comments Share This:

From news you can use to links you might love, we’ve curated the best from the week online for seniors. 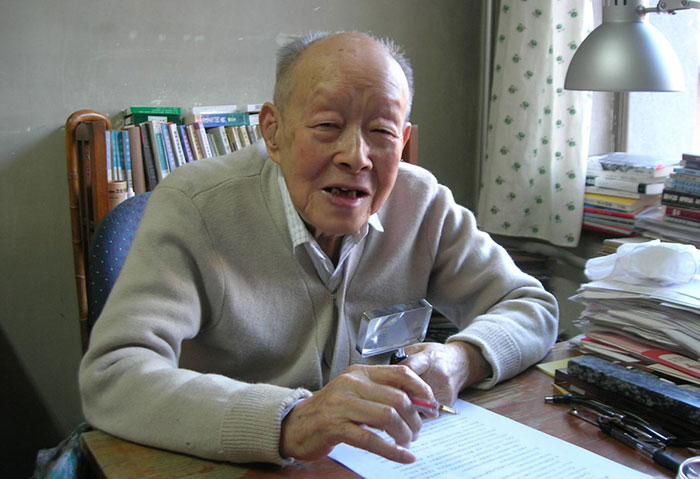 He is known as the “Father of Pinyin,” the Romanized version of written Chinese that has helped to increase literacy rates in China from 20 to 90 percent and made it possible to type Chinese using a regular computer keyboard. On January 13, Zhou Youguang turned 110 — or 111 by his count. A linguist and fierce proponent of democracy and internationalism, Zhou has written 10 books since he turned 100; his writing is censored by the Chinese government, which has named the centenarian a “sensitive person” or dissident. Zhou celebrated his birthday with family and an enormous, strawberry-topped cake. Asked how he’s lived so long, he said, “God must have forgotten me.” Read it at Shanghaist

“If you’re going to ask me my secret to living to a hundred, you’re an idiot!”— A centenarian named Mac, the owner-operator of a Florida bar, as told to Danny Goldfield for his project To Live 1000 Years.

According to a new Oxfam report, the 62 richest people have as much wealth as half the world https://t.co/7evgUGMzzn pic.twitter.com/ZKSsVmfdxN

Google crunched the numbers on Internet searches during the January 17 Democratic Debate in Charleston, South Carolina and posted the results almost as soon as the debate was over. Here’s what they found when they looked at which candidate’s name was featured in the most searches over the course of the debate:

And here’s what people were asking Google:

And…another bathroom break for the senior citizens. This will take a while. #DemDebate — Michelle Malkin (@michellemalkin) January 18, 2016

A new research study provides the first clinical evidence that seniors can improve their brain health by engaging in activities that challenge them mentally. But you have to be dedicated: Participants in the study spent some 15 hours a week for 14 weeks engaged in high-challenge activities that required significant new learning — they learned progressively more difficult skills in digital photography, quilting, or a combination of both. Compared to control groups, who played games and socialized, the high-challenge seniors ended up with better functioning in memory and processing; some of the gains lasted at least a year. Read more

Getting older does not suck

She was just turning 57 — relatively young, you might say, but old enough for blogger Amy Selwyn to experience a sea change in her feelings about age. In an upbeat post that was featured on Medium, Selwyn listed 57 things she now knows to be true. Among them: I do not “need” Botox; Art makes me happier than new clothes; We outgrow some friendships; Technology is awesome and, no, it is not just for young people; “Move on” is outstanding advice. Read the whole list at Medium.com. Medium’s technology allows logged-in readers to comment on and/or highlight individual sentences and paragraphs (you can also see what others have annotated). Just select the text and click on one of the icons that pops up.

Conspiracy theories. Lies by or about political candidates. Gross exaggerations about the findings of health studies. Misinformation and wildly biased views are spreading like wildfire, leading some to say that we are growing increasingly stupid. So, what’s up? A new study blames the Internet and social media in particular. We tend to seek out views that confirm our own and avoid conflicting views — a phenomenon known as conformation bias. A research team that studied the behavior of Facebook users from 2010 to 2014 found that when people are online, they create the virtual equivalent of gated communities,  only following certain people (how many times have you heard about someone “unfriending” a connection because of their political opinions?) and visiting sites or content that those people share. Read more about this fascinating study at Bloomberg.com.

The self-proclaimed “geriatric starlet” has partnered with WiseWear to design a series of activity-tracking, notification-buzzing, alert-sending wearables. Colorful and eclectic in Apfel’s signature style? Not so much. These wearables are fairly dainty by Apfel standards, but according to Mashable, the designer is hoping to move in the big and chunky direction soon. For now, the line offers standard features plus a distress signal, which sends an alert to a pre-designated list of people. Read it at Mashable 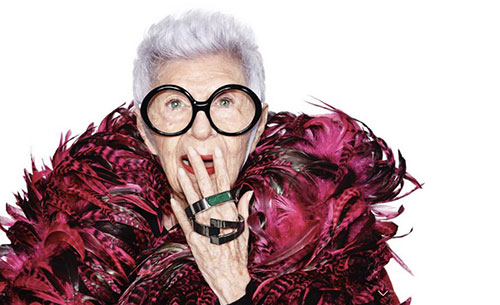 A new Pew Research Center study looks at our changing views on privacy, especially in the context of national security, health data and shopping deals, and finds that “there are a variety of circumstances under which many Americans would share personal information or permit surveillance in return for getting something of perceived value.” In other words, “It depends.” Read about the study at PewInternet.org.

We all slip into the territory: We see a 95-year-old who’s driving and we say he’s “still” driving. We hear about an 75-year-old who’s set to complete her 15th marathon and we say she’s “still” running. What are we saying? A blog post by the National Association of Senior Move Managers points to the word “still” as inherently ageist — or at least stuck in the past, when it was unusual for people in their 70s or 80s to be doing anything much but gardening. Watch your words! Read it at NASMM | Read more about ageist language at SeniorPlanet.org

A self-driving car you can beckon — coming your way!

Google is famous for the self-driving car it’s been testing — notably, with older people who arguably stand to gain the most from it. Now Elon Musk is predicting that very soon the Tesla will be so self-driving, you’ll be able to beckon it from thousands of miles away. Musk told The Verge that he anticipates a car that delivers itself to you being on the road and fully functioning by 2018. While most of us won’t be able to actually buy a self-driving Tesla, just think about the implications for driverless (and thus inexpensive) Uber rides. Who needs car keys? Read it at The Verge

Social Security — the NYT Editorial Board puts itself on the line

As the presidential candidates on both sides explore the future of Social Security, the New York Times Editorial Board has made a case against cost cutting by raising the retirement age, reducing cost of living adjustments and/or privatizing Social Security, and for expansion of benefits by raising the ceiling on the amount of wages that are subject to payroll taxes. The Times makes a strong argument. Read it here

Health study Could urine odor offer a biomarker for very early detection of Alzheimer’s? (Note: this is a rodent study.)