On any given day, you might find Senior Planet trainer Pat Jasso in a board meeting or volunteering at a community center. She spends her time talking with young people in the classroom – and, especially, looking at the faces of the girls.  In them, she sees the potential that they can bring about change and influence their communities for the better.

A lifetime of Service

Jasso has spent her life in pursuit of a better world. A  decorated veteran and career woman, she spent 35 years in a corporate setting and some 15 years serving her country in the Air Force Reserves.

Now, besides her work as a trainer for Senior Planet, she fills her days with board service, dedicated to improving her San Antonio hometown.

“My mother was an inspiration but my maternal grandmother was the strong role model,” Jasso recalls. “When my mother was the first of her 11 children to die, she made sure that I was included at the table and that my aunts and uncles would check on me and see if I needed any help. To this day, that brings a lump to my throat.”

Now, Jasso speaks up for those without a seat at the table, defends those lacking resources, and acts as a role model to young women.

For Jasso, International Women’s Day is an opportunity to highlight the serious work women do.  More than that, she says, it’s a time to look at inequities that still exist and to call people to action – women and men.  . And like men, she says, women need the support so they can get involved.

“You usually find that men are involved in the community because they have an assistant, helping with the details of the volunteer work or doing the actual work,” Jasso notes. “But women are great at multi-tasking and can do several projects at one time,” she points out. “Employers should realize that when women are out in the community, they are ambassadors of that employer.”

Jasso is most proud of her service at the Battered Women’s Shelter, at Planned Parenthood, and the Business and Professional Women’s organization. She has also contributed significantly to the board of the San Antonio Water System, Brooks Development Authority Board. Most recently she was appointed to the University Hospital System Board of Managers.

As if that weren’t enough, Jasso coordinates Can We Talk, a coalition of more than 65 San Antonio organizations that plan two events a year, one for Women’s History Month in March and another for Women’s Equality Day in August. She says the scope of her work has a great impact for women and she wakes up each day with that in mind.

“What motivates me is that there are not enough women at the table making decisions that in so many instances affect half the population,” she says.

More Women’s Work to Do

While Jasso believes every day is Women’s Day, she considers March 8 an opportunity to reflect on what is still needed for women’s equitable existence.  She says it’s also a Day to celebrate women everywhere – from girls and young women just starting their careers to women who lead companies  – and everyone in between.

Jasso works for the betterment of all San Antonians in all areas, but she’s particularly proud of one thing:  she’s been a resident of the south side for 55 years. The Hondo native is busy with friends and family, including two daughters, four grandchildren and three great-grandsons – who she says are now an added responsibility to “make sure they’re feminists!” When she and her best friends catch up over weekly chats or birthday getaways, Jasso says they often talk about the current state of affairs in the world.

“We share what’s going on in our lives and how the city, county and state would be in better shape – if they just listened to us!” she jokes.

With work yet to be done, Jasso isn’t slowing down anytime soon and looks forward to serving her community in new ways, and to serve alongside other women who are dedicated to making a difference, too. 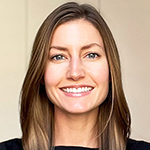 Suzanne Myklebust is Senior Planet’s Director of Communications. Suzanne is based in New York City and has a background in public relations, marketing, and communications strategy specifically in the field of aging.

2 responses to “Pat Jasso: Every Day is Women’s Day”