This past Friday, March 6, Margaret Dearlove stood outside the gates of New York City Hall with 15 of her fellow Senior Planet members. “Seniors are like forgotten people. Nobody realizes that we still exist. We need more recognition.”

Margaret and her peers were gathered on this gray Manhattan morning for a preliminary budget hearing in which Department for the Aging (DFTA) Commissioner Lorraine Cortés-Vázquez would be speaking to the City Council’s Committee on Aging. The impending vote on the capital budget will determine whether or not senior centers around the city, including Senior Planet, will receive necessary funding up through 2024.

“I’m here to let the politicians know that we need their support,” Margaret explained. “Without Senior Planet, seniors have no way to keep up with the new technology that’s coming out. We want to keep Senior Planet going.” 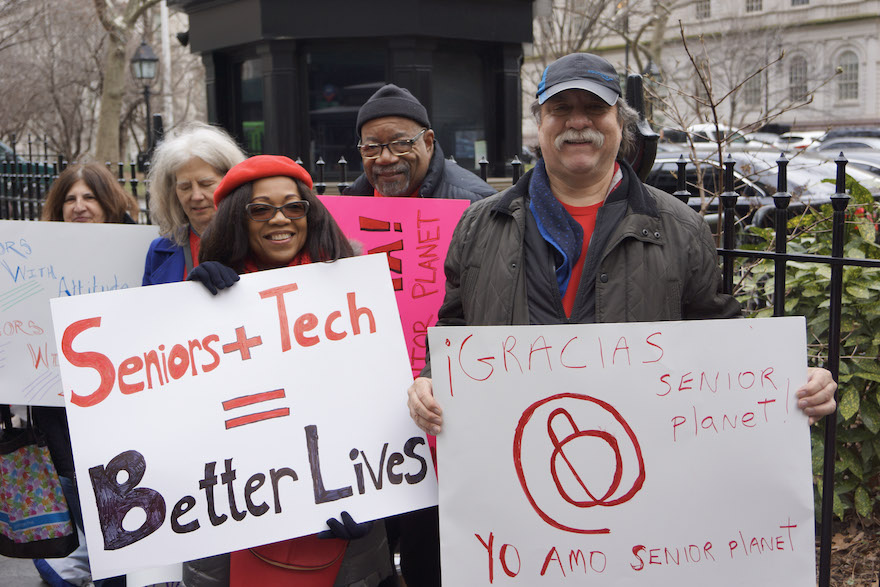 To ensure they’d be seen and heard by the council, Senior Planet members gathered outside the Hall a full hour before the hearing would begin. Men and women aged 60 and older stood unified, holding up handmade signs with phrases like “Keep Senior Planet Online” and “Aging with Attitude.” Underneath hats, coats, and gloves, these impassioned seniors wore their signature red Senior Planet T-shirts.

Alston Green has been coming to Senior Planet NYC since the center’s doors first opened in 2013. “I’ve been a pioneer for Senior Planet; I’ve been with them since they started. I had the time today, so I wanted to offer my support. They have continued to blossom and grow and teach seniors more and more about technology and how it’s quickly evolving.”

When asked about the significance of the budget hearing and subsequent vote, Alston recognized the vital nature of the city’s financial support: “It would mean that [Senior Planet] continues to go on. I would say the most enamoring thing about Senior Planet is that it’s free for older adults. The majority of us are on fixed incomes, and we would not have access to these things if we didn’t have a place like this.” 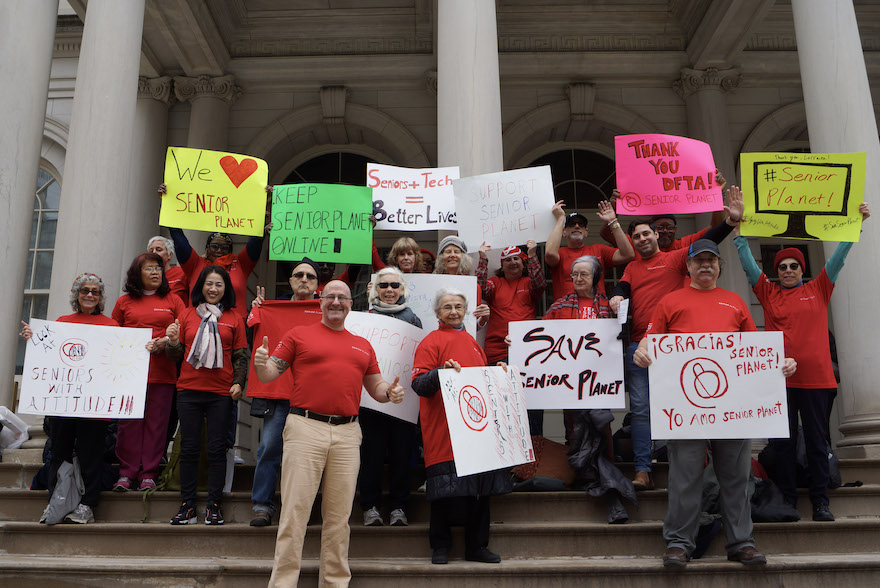 After 45 minutes of anticipation, the group was finally allowed on the steps of City Hall, where they were joined by the founder and executive director of Older Adults Technology Services (OATS), the nonprofit that runs Senior Planet, Thomas Kamber.

“In the world of funding and philanthropy,” Tom said, “there are not a lot of resources for older adults for the kinds of things we’re talking about. We want to be able to fund all of our Senior Planet programming, and spread it even deeper into the boroughs. There’s a lot of demand; there are waitlists in Queens and Brooklyn. We want to help get everybody online.”

Following a few group photos, participants, members, and staff were ushered in to the Hall. A sea of red flooded the City Council Chamber as Senior Planet members found their place among the audience. As Commissioner Cortés-Vázquez began her testimony, it was clear that these passionate older adults had made their presence felt. 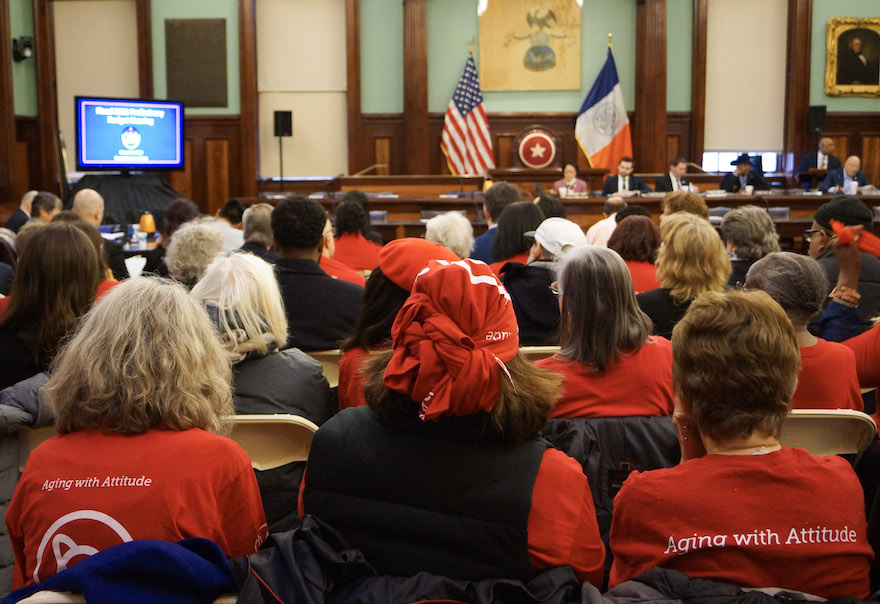 Back outside the Hall, Alston expressed his gratitude for Senior Planet’s impact on his city: “[Senior Planet] is dedicated. Other places have courses, but they’re short or canceled all the time. We’re fortunate here in New York. There’s a lot of stuff happening in the city for older adults; we really are fortunate. But, I mean, Senior Planet reigns in my opinion. It really does.”

Thanks to everyone who joined us at the rally! If you weren’t able to attend the hearing, it is now available to watch online: New York City Council Budget and Oversight Hearings on The Preliminary Capital Budget for Fiscal Year 2021-2024.

Thank Commissioner Lorraine Cortés-Vázquez for her support of Senior Planet by sending an email here.

Could you be the next Senior Planet Sponsored Athlete? Read about this exciting opportunity to share your fitness lifestyle!
Senior Planet News

How to Navigate Difficult Conversations

Does the thought of navigating difficult conversations around politics make you cringe? Learn about a webinar to help you at Thanksgiving.
Senior Planet News