Seniors rallied at City Hall on Thursday, June 13 to make a case for continued funding by the City of New York for the nonprofit Older Adults Technology Services (OATS) and Senior Planet.

OATS helps people 60 and over harness the power of technology as they age, by providing computer, iPad and other digital tech classes at 23 technology labs around the city as well as at the Senior Planet Exploration Center in Chelsea. In addition,

At 10am on a rainy day, some 80 current and former OATS students and other supporters were joined by city council members Gale Brewer and jessica Lappin, who spoke in favor of OATS and city funding. State Senator Brad Hoylman sent a representative, and several seniors testified. 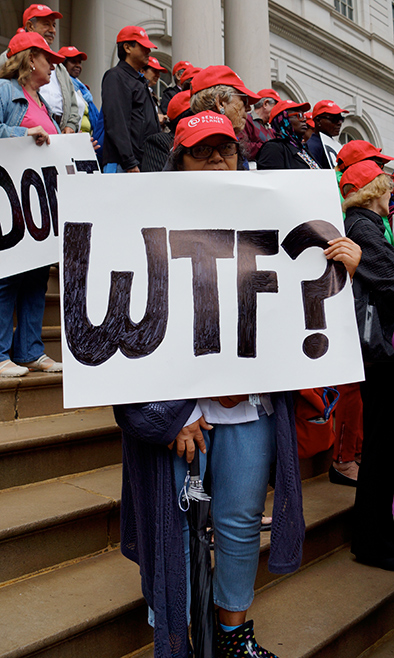 In addition to rallying,  hundreds of seniors this week emailed NYC Mayor Bloomberg asking for the Senior Planet programs that they rely on to be funded.