For the occasion, Flavorpill curated some of her best quotes on writing and inspiration. Included is this quote about her two writing desks – one for research and distraction, the other for focused writing: “On one desk there’s a computer that is not connected to the internet. On the other desk is a computer that is connected to the internet. You can see the point of that!” With her futurist mindset, it’s no surprise that Atwood recently committed to writing a novel that won’t be read for 100 years, when along with 99 other works of literature it will be unearthed and printed on paper made from 1,000 trees that a Scottish artist recently planted. Read more on Flavorpill. 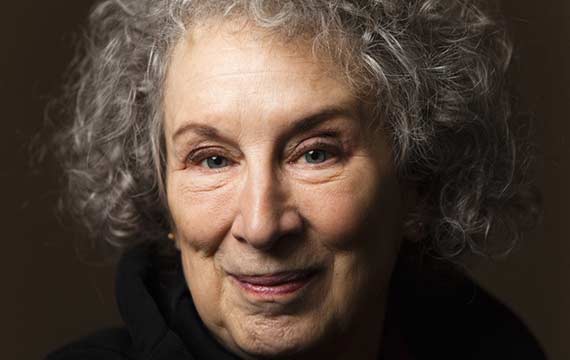 What’s the #1 consumer complaint among seniors?

Debt collectors, according to Forbes.com. More than one in three complaints filed with the Consumer Protection Financial Bureau by older consumers in the past year were about debt collection practices, citing phone harassment, refusal to disclose information about the debts and threats of garnished wages. Read more here.

Twitter limits the number of characters per tweet to 140 – true or false? What’s bigger – a kilobyte or a megabyte? Who’s this? 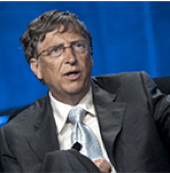 The Pew Research Internet Project surveyed Americans of all ages on their knowledge of the Net, social media and tech terminology – and the results are out. According to the Pew, younger users are generally more knowledgeable, especially when it comes to questions dealing with social media, as well as common internet usage conventions. But “there are also no major age differences when it comes to the meaning of phrases like “Net Neutrality” or “privacy policy,” and users of all ages were able to identify VIPs in the Internet world. Take a look at the full report and test your own knowledge online. Then compare your results by age and education level. (Let us know how you did in the comments section below.)

Say goodbye to cable TV – and the bill

Author David Sirota was paying his cable company too much per month – se he dumped cable TV and found a host of solutions for watching the shows and films he really values using his computer and one or two devices. Read his account of how he cut the cord.

Can running really keep you “younger”?

A new study about running in your senior years was widely reported last week, but some say the research is flawed. The study compared older Americans who walk for 30 minutes three times per week with those who run and found that the runners were better able to stave off some of the problems with walking – including breathlessness and gait problems – better than the walkers were, and so could be expected to live for longer. But at least one expert say the benefits of running may have been overstated, and that walking is better exercise for some seniors who may have to avoid high-impact activities. Read more here.

If you have a Girl Scout in the family, prepare to order your Samoas online this year. Here’s what it looks like:

Senior Planet already reported on recent studies that show brain training games have limited benefits as we age; they make us better at the games, but not much else. So, what can help? According to experts, some of the same things that we mentioned: Playing music, reading, doing something creative like painting and being active in the community, as well as sleeping and eating well, of course. Click here to read the latest research on keeping brains healthy.

25 websites that can make you smarter

Business Insider came up with a great list of sites where you can learn pretty much anything for free. Among our favorites: Duolingo for learning languages; Quora, where you can read what smart people have written in response to others’ questions – questions you’d never even think to ask – or as your own questions (or answer someone else’s); and Unplug the TV, which serves you a seemingly endless series of informative short videos – ready for the mysteries of quantum mechanics? You could even learn how to write computer code at Code Academy. Why not? For these and 21 other sites, click here.

An advocacy group created by Britain’s largest non-profit senior housing organization, Grey Pride has been campaigning for the UK government to appoint a Minister for Older People; recently the group published a letter to the editor in Britain’s Daily Telegraph, signed by dozens of concerned individuals. “It will be the scandal of our generation if we do not act to meet the needs of our aging population,” the letter says, “after all, the younger people of today are simply the older people of tomorrow.” All in favor of creating a US Gray Pride branch, add your voice in the comments below! Read the letter here.

Dating? How about a professional photo for your profile?

Jennifer McClure, an NYC based documentary and fine art photographer based in New York City, is working on a photo project about  single people of all ages. She’s looking for single seniors who are willing to sit for a creative portrait and tell McClure a little about themselves, in exchange for a free headshot for a dating site profile.  She’ll come to your home or shoot in a place that’s important to you and will do a ten-minute interview. The end goal? Once the series is complete, McClure hopes to share the work in a magazine or art gallery. Your photo might even end up in a book. Interested? Click here to read more.

Plus: According to the latest research reports…

One response to “Margaret Atwood’s tech solution, how to cut your cable bill – and more from the week online”