The web was oohing and aahing last month over 100-year-old model Bo Gilbert, whom British luxury department store Harvey Nichols featured in a special campaign for Vogue’s centenary edition. Vogue writes: “Ms Gilbert was photographed by Phil Poynter for her very first campaign shoot, in which she wears bespoke Valentino glasses, a Dries Van Noten coat, a Victoria Beckham top, a Lanvin necklace and trousers by The Row.” 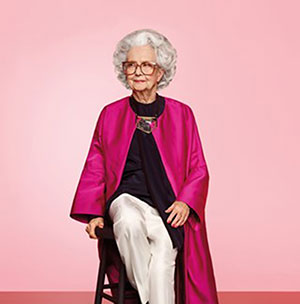 Now look at this image. 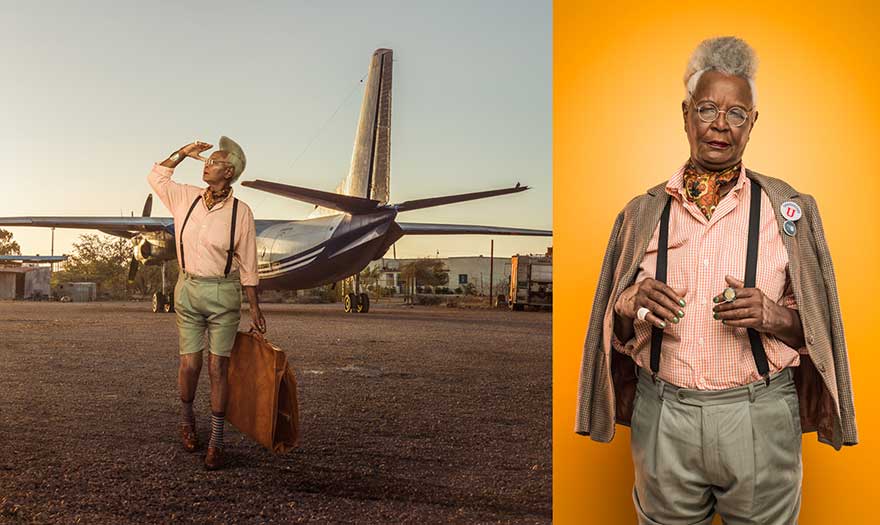 This is Ms. M Adhiambo, Kenya’s former minister of commerce and industry between 1972 and 1980. Adhiambo is a member of Kenya’s League of Extravagant Grannies, along with Mrs. Kamau Njuguna (top), former governor of the Central Bank of Kenya in the 1980s and Mrs. S. Were (below), former economist and personal advisor to the Kenyan President from 1972 to 1992.

Now retired, the “Grannies” were once corporate and government leaders in the ’70s. “They now live the retired high life traveling to exotic and remote areas within Africa to explore, party and enjoy in exclusivity,” Osborne Macharia, the photographer who created the women’s portraits tells us. “We managed to catch up with three of them in Somalia soon after they landed. Little is known about them till now….”

Macharia is a young Nairobi-based photographer and digital artist who’s becoming well known for his personal projects as well as for his commercial work. In his own projects, he often uses narrative to address issues of identity and stigmatization: In Melanin-O he dealt with albinism; Chokosh is a portrait series of Nairobi’s street people; and Nywele Za Kale portrays “old people + gray hair.”

Which brings us back to the Extravagant Grannies. 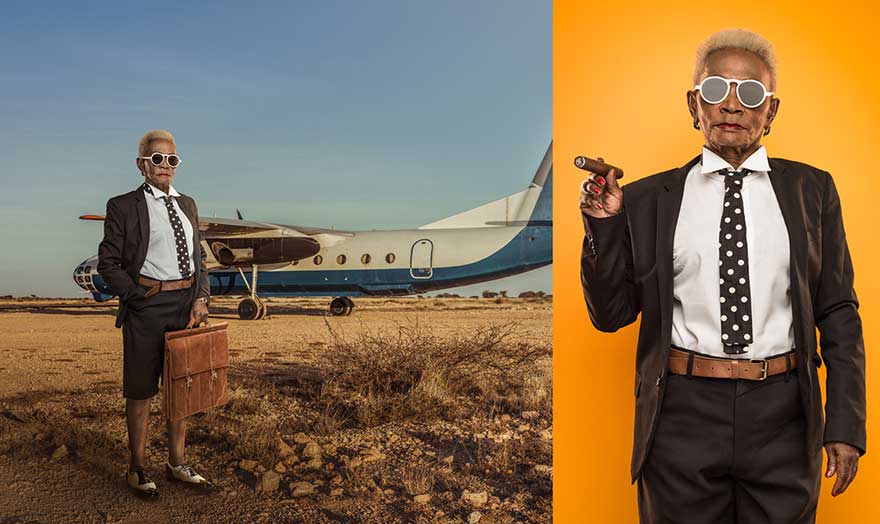 It turns out the “grannies,” or nyanyes, are not retired high-flyers but ordinary older women in their 70s whom Macharia and his team found in Nairobi — mothers of friends, friends of mothers — and who agreed to help Macharia stage his extravagant narrative. One point of the narrative, the photographer says, is to shake up our preconceptions.

“You would see someone who’s ordinary looking and just brush them off,” Macharia told the BBC. “Once you see the inner beauty — put them behind a camera, light them properly, give them the necessary accessories — then there’s a whole new beauty.” In other words, it doesn’t matter how old we are, we can all look like Vogue models if the thought’s gone into the shoot and — more important still — a whole crew of artists has spent the day helping us feel comfortable in our own skin.

“It made me so happy that aging is part of life! That I will one day look like wisdom and grace are my middle names. That my grandchildren will look up to me with raw love and admiration in their eyes just because of my existence. That I will have my life story hidden in my gaze and that all the people I will meet will be curious about my heydays!”