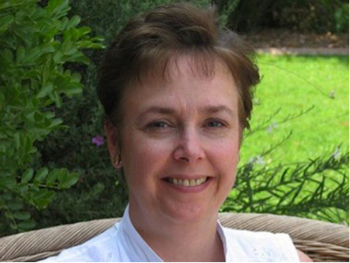 In March 2005, Seattle-based massage therapist Laurie Todd learned from her doctor that she had only a few weeks to live. Diagnosed with ovarian cancer, she’d survived eight hours of surgery to remove her ovaries, uterus, several inches of large intestine and 15 pounds of tumor, only to have the pathology report reveal that her tumor was actually late-stage, metastasized cancer of the appendix. She’d been misdiagnosed.

The chief oncologist at her local medical center told Todd, “There is no treatment for your disease,” – and if there were, he said, her insurance company wouldn’t pay for it. His advice: Go home to die.

Instead, Todd went into warrior mode. She launched her first insurance company appeal for treatment denial. Her efforts saved her life and led her to a successful second career as an author and professional claims appealer. Now 62, she has directly helped 100 seriously ill patients obtain first-rate treatment.

Todd’s expertise in this field comes first-hand from her own battle with the health insurance company she fought to have her cancer treated. Refusing to accept her doctors’ death sentence, she scoured the Internet for information about appendix cancer treatment. There she found hope in the leading gastrointestinal cancers expert Paul Sugarbaker, MD, a surgeon at the Washington Cancer Institute in DC.

Because Dr. Sugarbaker was not part of her insurer’s network, her request for coverage was flatly denied. But that didn’t deter her. “Your job,” Todd told the surgeon, “is to save my life. Mine is to get my insurance company to pay for it.”

“Nobody knew how to write an appeal,” she says, “so I assumed from the start I’d have to write it myself. I also knew that to succeed, I’d have to speak the language of my opponent, know the law and gather as much proof and precedent as possible.” She spent hours online learning everything about the law, as well as about her health insurance company.

The appeals system, Todd says, is deliberately complicated and difficult to navigate. Insurance companies pass patients from one customer service representative to another. Denied access to the decision makers in their cases, patients grow disconnected, confused and frustrated. Insurance companies know that the longer a case takes, the more likely the insurer is to win. The company counts on patients to give up.

Todd didn’t, and the path she followed is one she’s counseled dozens of others to try. “Dig in your heels and thoroughly research the company’s structure and hierarchy, and map out your battle plan,” she says. Scour your health insurance company’s website for an organizational chart or list of employees, and note the personnel who will receive your appeal. “You can write the most brilliant document,” Todd says, “but if you don’t send it to the right people, you might as well just forget about it.”

Todd’s effort paid off; she won her own appeal. The cost of the surgery and chemotherapy that saved her life was $345,000. Her share was $9. But if she thought that was the end of her battles with insurance companies, it was only the beginning.

A month after she returned to Seattle following a 40-day recovery from appendix cancer surgery in Washington DC, she received a call from a man in Philadelphia who’d seen her victory mentioned on an online appendix cancer support group site. His insurance company had denied treatment for similar surgery, and he asked Todd to help. Together, they used her winning appeal as a template and spent the weekend crafting a similar letter. Four days later, Independence Blue Cross/Blue Shield of Pennsylvania decided to pay. “Now I knew that what I did would work for others, too,” Todd says.

During 2006, Todd wrote and won 20 appeals. Because she found herself giving the same advice over and over, she wrote a book giving step-by-step instructions on winning insurance company denial appeals. A cancer foundation paid for the project and she self-published “Fight Your Health Insurer and Win“ in 2007. Todd began speaking at conferences, patient support groups and libraries. As word spread about her successes, people with a variety of diseases and conditions found her, and she began writing and winning their appeals. After a particularly fierce battle in 2007, she began charging per case to write appeals and consult.

Seven years after her insurance company denied her coverage, Laurie Todd has a new name: The Insurance Warrior.