Planning to Age in place? Really planning? A new resource from the National Council on Aging in Place promises to walk you through everything you’ll need to think about and set up on the mobility, health, community and financial fronts, so that your vision for your future home can become reality. When you answer the questions on the downloadable template from the NCAIP site, you can also specify items you’ll need help with, the organization will pair you with a local resource. Click here to download the planning template.

Awesome old woman of the week The British site Standard Issue this month launched a series “Awesome Old Lady of the Week.” Up first is actress Ruth Posner, 85, a former New Yorker now living and acting in London. Our favorite quote from this awesome old woman: Despite the fact that she is fiercely opinionated and no longer afraid to go out on a limb, Posner says, I have more courage. At the same time, I can also change my opinions if someone shows me another way of thinking. I am always learning from the younger generation. I may not always agree with them, but I learn from them because I’m curious. I think my curiosity will stay with me till my dying day.” Read the whole interview. 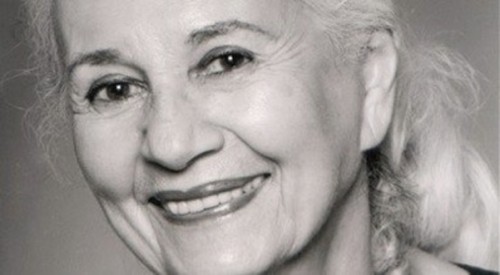 Grandad, tech-curious The popular site Buzzfeed has often been guilty of stereotyping and cutesifying older people. But last week a staff writer made up for it all with a wonderful piece about her 98-year-old grandfather, whose boundless curiosity and openness to new ways of engaging with the world has made him an enthusiastic and multifaceted user of digital technology. Hillary Reisberg writes, “When I tell friends that email is the way I most frequently communicate with my grandfather, a man who was born in the middle of World War I, they’re often shocked. But his use of the internet is, at its core, not all that different from mine.” Like a digital native, he uses it not just to connect with family and friends (why are we always portrayed as having no online interests other than connecting with family?), but also to research everything from genetics to the Crusades, read the paper, delve into his family’s past, and much more. Finally, a tech narrative that joins rather than dividing us digitally. How refreshing! Read more and leave a comment for the writer. (hat tip to Ashton Applewhite for this link.)

Older Humans of New York of the week Found on HONY’s Facebook page: 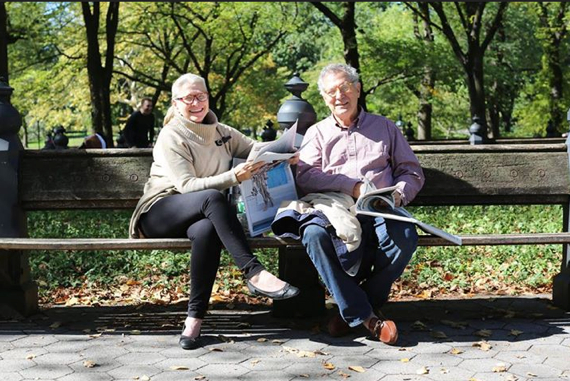 “How’d you meet?”
“He was representing my best friend’s ex-husband in a trial, and I marched into his office to inform him that his client was a lying scumbag.”
“And so what were you thinking while she was yelling at you?”
“‘That’s a good looking woman.'”

Iris by Mayles Premiering earlier this month at the New York Film Festival: “Iris,” a documentary about self-proclaimed “geriatric starlet” Iris Apfel by the 87-year-old director Albert Mayles. Mayles has been making intimate films about the lives of outsize personalities (the Rolling Stones in “Gimme Shelter,” Edith Bouvier Beale in “Grey Gardens”) for 47 years. Apfel told the New York Times her favorite thing about the three-year collaboration was “Feeling like an old movie queen, entourage and all.” Read more about the film at LA Times.com. 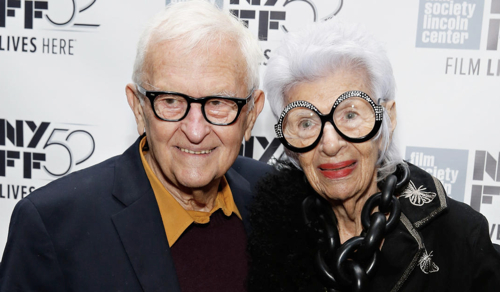 Can a game train your brain? The American Psychological Association took a deep dive into recent research to evaluate whether brain games at sites like Luminosity benefit older people’s cognitive skills in any real way, short or long term. The answer: A very few programs have a scientific basis and can benefit you – if you keep working at them; you wouldn’t expect a 3-month gym stint to keep your body fit for long, and the same goes for brain training. Read more about brain games’ benefits.

Surprise!! We don’t grow ever more vulnerable to scams as we age. Researchers dived into the stats and discovered that in fact, our experience tends to make us less likely to fall for scams. Why has the media made such a big deal of our supposed vulnerability? “The authors attribute some of the willingness to believe that elders are especially vulnerable to negative stereotypes about aging. Many academic researchers who have done work on this topic cite age-related cognitive declines…” Read more.

Ebola scam alert Scammers prey on people’s emotions, and they’re busy now trying to cash in on the hysteria over Ebola. Scams to watch out for: emails and websites purporting to be collecting money for Ebola victims; invitations to sign up for Ebola updates; and sales pitches for preventives and cures for the virus, and personal protection kits. Most of the scams either require you to enter personal information or ask you to download something – leaving you open to having your computer infected by malware. Click here to read more, and read about keeping your computer safe here.

Ebola Near Me Speaking of hysteria… A new website is countering widespread hand-wringing with a simple, smart comeback: ebolanear.me finds your location and tells you have far way the closest case is (if you’re in NYC, it’s 203 miles away at the time of the posting) and then links you to the best webpages about what’s wrong with the media coverage of Ebola, why “am I safe?” is the wrong question and what the real facts are. Visit ebolanear.me. 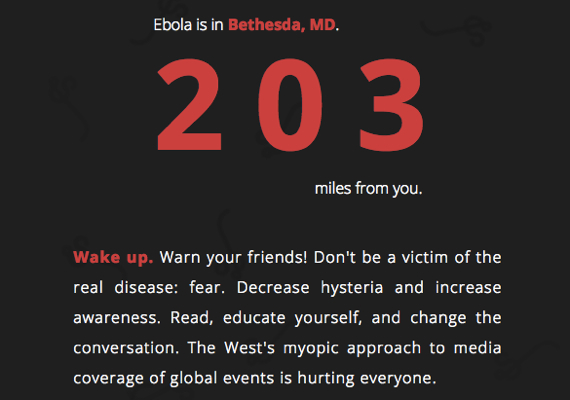 Yikes, it’s open enrollment Marketwatch dived into Medicare open enrollment, which is now underway, and came up with some expert tips, including how to avoid paying way more for your Plan D, plan against major out of pocket expenses and keep your deductible low. Leave it to the money guys… Read the whole thing.