With the pandemic dominating the news cycle and social media posts 24/7, it’s easy to fall into a gloom-and-doom mode. So here’s something to snap you right out of that, even as you social distance, wash your hands a lot and keep a mask close by for outings. We found examples of good news on the health front, especially for aging-relating issues.

Hair cells in the inner ear, so named because of their hair-like protrusions that sense sound waves, are crucial for hearing. They’re also easily damaged by loud noises, such as all those high-decibel concerts. While these cells are currently impossible to repair in humans, researchers at the University of Southern California’s Keck School of Medicine have reprogrammed a variety of mouse cell types into what they call induced hair cell-like cells. The reprogrammed cells resemble the real thing. If all goes well with the research, the cells will hopefully be valuable in the near future for testing against drug candidates to prevent or treat hearing loss, the researchers say. Studying these cells may also help experts understand how the hair cells become damaged to begin with, perhaps leading to ways to undo the damage.

Cancerous tumors give off chemicals and other matter in our blood, and these clues could help find the disease early. University of Kansas researchers are studying a “lab-on-a-chip” blood test. About the size of a glass microscope slide, the device, called an EV-CLUE, works by taking a very tiny amount of blood from the person and pumping it into eight tiny channels in the device that can detect different cancer markers, says Liang Xu, MD, PhD, professor of molecular bioscience at the University of Kansas.  For instance, one of the channels looks for an enzyme linked to cancer progression. In early tests, the device detected early-stage breast cancer or cancer that had spread 97% of the time. “Clinical trials [of the device] for lung cancer have started,” Xu says.

Anyone with bad knees knows: when that cartilage cushioning your joints goes, it can really, really hurt. Now, Duke University researchers have developed what they say is a first—a cartilage-mimicking gel strong enough for your knees.  If all goes well with its development, ”our hydrogel can eventually be used to resurface cartilage in most joints, such as knee, hip, ankle, finger, toe, shoulder,” says researcher Benjamin Wiley, PhD, professor of chemistry at Duke University. The hydrogel is a very tough solid, he says, so it will have to be incorporated into an implant that will attach the hydrogel to the bone. They’re working on that. And even though it’s an implant, the goal is to insert it in a simple, fast procedure, he says. Its properties, he says, make it an excellent candidate to replace damaged cartilage.

If diabetes is not well-controlled, high blood sugar can lead to damage to the tissue in the back of the eye, your retina…and that can lead to blindness. Early detection and treatment can prevent that blindness, but not everyone has easy access to an ophthalmologist, especially among the minority populations often more prone to diabetes. Researchers have suggested using smartphones to take photos of the changes in the retina to catch problems early. Now, Indian and German researchers say they are developing an app that will allow a healthcare worker to use a smart phone to document changes in the retina, then transmit that information to an eye specialist to evaluate.

Hearing issues?  Diabetes?  Joint issues?  Brain health?  Vision?  Which area of physical health is most valuable or interesting to you, and why?  Let us know in the comments so we can keep tab on developments – and let you know when there’s Good News! 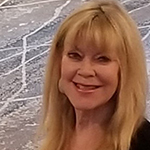 Kathleen Doheny is a Los Angeles-based health and lifestyle journalist who writes for a variety of websites. She’s the person at the party who will listen with interest about your medical condition and view your scar. She is an ecstatic new Mimi and also enjoys hiking, jogging, socializing and buying baby clothes.
Photo: Gary Binder

6 responses to “Good News on the Health Front”

You can indulge your inner oenophile without leaving your chair - you won't need to drive to visit these vineyards.
Open Thread

How are you celebrating?
Book Club

Is an Annuity Right for You?

You see the ads for them all the time...but is an annuity right for you? Learn the pros and cons here.