Author Talk – “The Third Act: Reinventing Your Next Chapter” 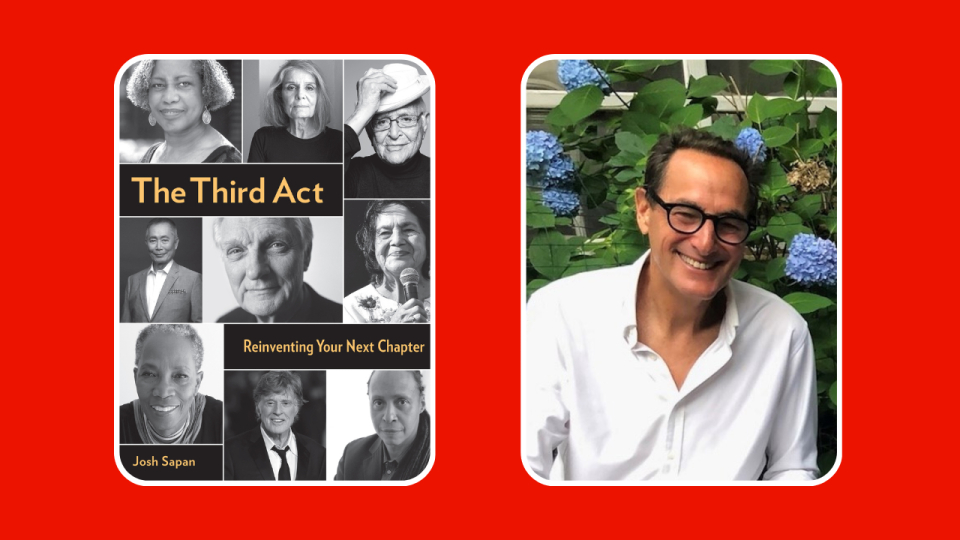 SUPPORTER-EXCLUSIVE EVENT – Find out how to join below!

The Senior Planet Supporter program will be hosting a very special author talk on Wednesday, November 16 from 1:00pm – 2:00pm ET to celebrate the publication of The Third Act: Reinventing Your Next Chapter.

Join the author and former President of AMC Networks, Josh Sapan, as well as two of the fascinating people profiled in his book, for a discussion all about finding your passion and pursuing it fearlessly.

Before Josh Sapan became an author, he was an Executive Vice Chairman of AMC Networks, the global entertainment company known for creating some of the most celebrated and groundbreaking original content in television history. Under Sapan’s leadership, including his 26-year tenure as President and CEO, he reshaped the company and has been credited with making AMC Networks a destination for some of the most influential content including original drama series Mad Men, Breaking Bad, Better Call Saul, The Walking Dead, Killing Eve and so much more.

Larry Weissman went from being a hippie to working as a Senior Vice President of Tech at Wells Fargo — all the way to being a full-time DJ and music producer in Brooklyn at age 64. Check out Larry’s website here!

Art Schill transitioned from a life as a U.S. Air Force medic into being a chemist, and then to becoming a stand-up comedian at age 83. Check out some of Art’s stand-up here!

If you’re a Senior Planet Supporter, check your email for the Zoom link to join us!

If you’re not a Supporter yet, click the red button below to give, become a Supporter, and receive your invite — in addition to other Supporter-exclusive benefits!

Donate and Receive an Invitation

Add to Your Calendar
Google Calendar
Apple Calendar
Share This Event:
We are striving to improve your experience on our site and would appreciate your feedback.
Feedback