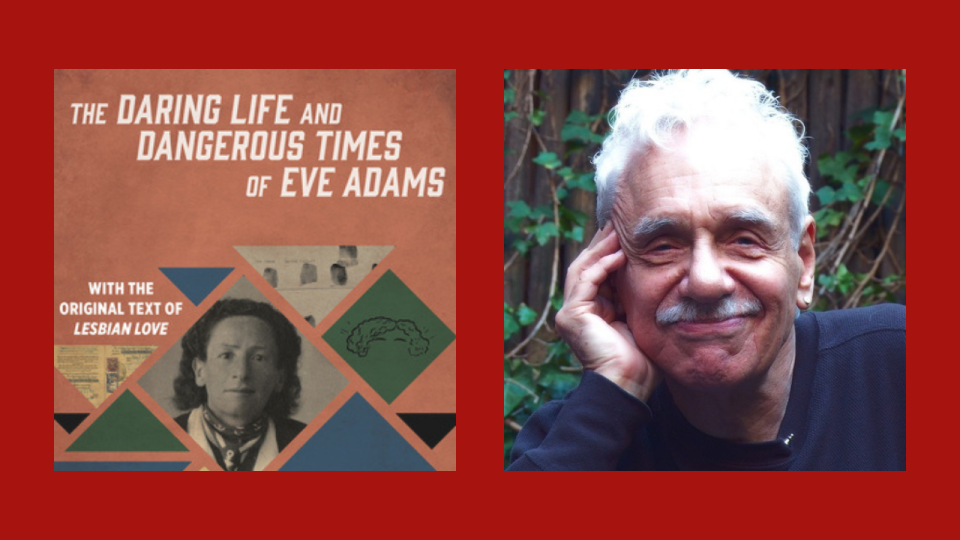 Born into a Jewish family in Poland in 1891, Eve Adams emigrated to the United States in 1912, took a new name, befriended anarchists, sold radical publications, and ran lesbian-and-gay-friendly speakeasies in Chicago and New York. Then, in 1925, Adams risked all to write and publish a book titled Lesbian Love, catching the attention of the young J. Edgar Hoover and the US Bureau of Investigation.

Katz recently published the first ever biography of Eve Adams, The Daring Life and Dangerous Times of Eve Adams, where he recovered the extraordinary story of an early, daring activist. Join this special talk lead by Katz all about Eve Adams and the legacy of her advocacy and courage.

Jonathan Ned Katz is an independent scholar, historian activist, and visual artist. He has published five books on the history of sexuality and intimacy: The Daring Life and Dangerous Times of Eve Adams (2021); Love Stories: Sex Between Men Before Homosexuality (2001); The Invention of Heterosexuality (1995); Gay/Lesbian Almanac (1983), and Gay American History: Lesbians and Gay Men in the U.S.A. (1976). He founded the US LGBTQ public history website OutHistory.org (2008).

In 2013 the first solo exhibit of Katz’ visual art was held at the Leslie-Lohman Museum, New York City, curated by the noted art historian Jonathan David Katz (no relation). Jonathan Ned Katz published Coming of Age in Greenwich Village: A Memoir with Paintings.

This event is being held on AARP’s Virtual Community Center platform. For more details and to register, click the button below!

Add to Your Calendar
Google Calendar
Apple Calendar
Share This Event:
We are striving to improve your experience on our site and would appreciate your feedback.
Feedback