Downton Abbey just wrapped up its fifth season with more romantic/sexual propositions to female cast members over 60 than any other TV drama series in history.

The show’s matrons were hotly pursued, while its younger female characters (except for Rose and Mary) didn’t get much action at all.

Even more unusual: Unlike love between older characters on American TV shows, which tends to be treated as a lewd joke, these elder romances are sweet and touching.

Yay, Julian Fellowes. As Downton’s creator, you are a true fan of women – and men – of a certain age, and we want to recognize you for it.

Let’s take a look at these romances: 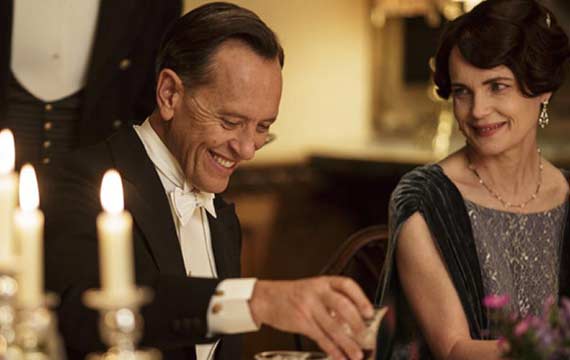 Countess of Grantham Cora Crawley has been hotly pursued by suave art collector Simon Bricker. He lambastes Lord Grantham for not appreciating his wife sufficiently, and they get into an actual scuffle in Cora’s boudoir – an opportunity for two attractive older actors to chew up the scenery, literally. 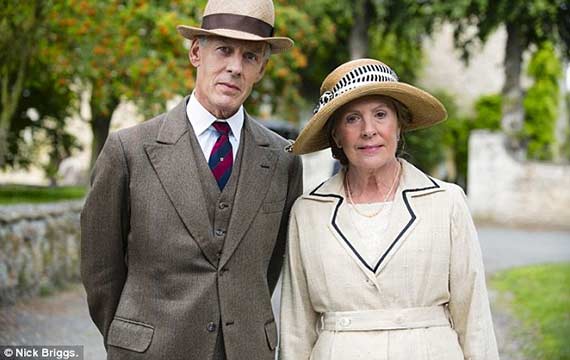 Isobel Crawley gets a proposal from dishy Lord Merton. He woos her ardently until finally she agrees to marry him. But when his nasty sons express their displeasure at anyone trying to displace their saintly deceased mother, she changes her mind. Isobel, ever the sensible one, isn’t about to put marriage – even to a lord – above family ties. 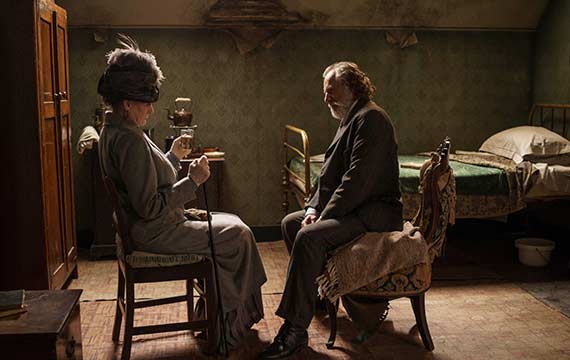 Violet Grantham, the Dowager Countess, is pursued by a former lover, Russian aristocrat Prince Kuryagin, now a shabby refugee in London. He is still in love with her – and vice versa – but she insists that he should go back to his bitter, unhappy wife, Princess Kuryagin. I suspect she just didn’t want to support a penniless former aristocrat who dresses badly and glowers at everyone. 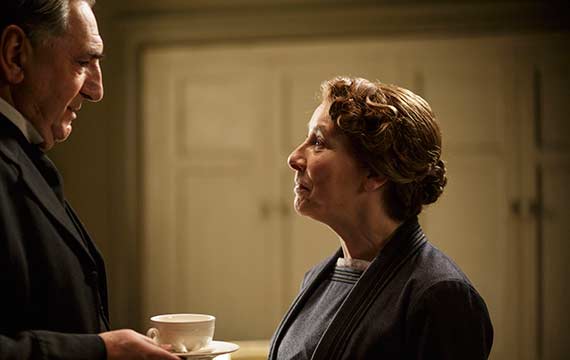 Then there’s the really touching romance that we’ve all been hoping for between the butler, Carson, and head housekeeper Mrs. Hughes. These two have been friends and confidantes since Season 1, but propriety dictated they remain just colleagues. When Carson finally proposes, Mrs. Hughes happily accepts and makes a toast to celebrate “the fact that I can still get a proposal at my age.”

Let us not forget the most unexpected romance of all, the “womance” between Violet and Isobel, who started out as rivals but have become BFFs in the course of the show. In fact, Violet tried her best to prevent Isobel from marrying Lord Merton not because, as we all suspected, she was competitive and didn’t want her friend to become an aristocrat, but because she would be left alone.

Now the two are back together, hopefully to have some fun adventures next season.

Which is your favorite Downton romance? Who do you think will hook up next season? Tell us in the comments section!

One response to “Downton Abbey Season 5: The Season of Senior Romance”