I was sitting in my car recently, stuck in snails-pace traffic, and I wondered, “Why aren’t I using a personal jetpack to get around like the Jetsons did?” We’ve put a man on the moon. Shouldn’t we be using some of the other great technologies that we heard – or imagined – were coming?

That got me thinking: How far have we come in realizing the tech future of our youth, and how accurate were were our expectations for those technologies that have emerged?

Let’s take a look at some futuristic fantasies – and realities – from days gone by. 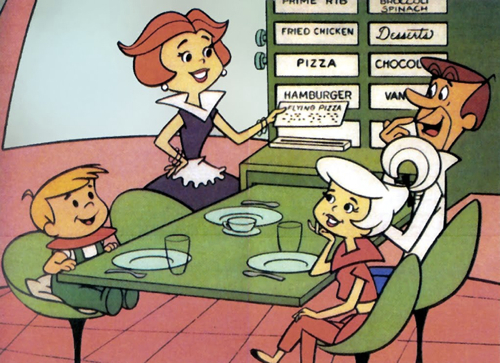 Along with jetpacks, the Jetsons – the 21st-century American family of the popular animated TV series – also had a maid, Rosie the Robot. She wears a frilly apron  (the future was no less gender stereotyped) and glides around on caster wheels. “The Jetsons”was the first program broadcast in color when it debuted on ABC-TV in September 1962, and look at the strides made in TV. So, why don’t we have robots like Rosie now to do our cleaning, cooking and household tasks?

Keith Wagstaff, a writer who covers robotics for TIME magazine, gives three reasons in his 2011 article “Where’s Our Rosie and Why Don’t We Have Domestic Robots Yet?“:

• Robots just aren’t that smart yet. While they can perform complicated tasks, they can’t do them autonomously at the high level we’d expect: “A 7-year-old learning about responsibility can take on more household chores than even the most advanced robot,” Wagstaff writes.

• Robots are made of strong and durable metals to make them last, but they can hurt the very people they are supposed to be helping. And they’re also not that great at handling delicate objects, such as glasses we want washed.

• Robots are not cost-competitive. One robot, Willow Garage’s PR2, which a UC Berkeley professor programmed to fold laundry, sells to researchers for $400,000. Compare that with a housekeeper’s annual salary of slightly over $22,000 per the 2013 Bureau of Labor Statistics.

That said, robots are being used in domestic environments – elder care environments, to be specific – but not as domestics. Nursing homes in the USA and Japan have been using robotic baby seals as faux pets for residents with dementia and Alzheimer’s; Europe is starting to follow suit.

While we’re waiting for the robot maid of our dreams, we can rely on iRobot’s Roomba, which for $400-$700 will vacuum our floors and is the most widely adopted domestic robot invented to date. 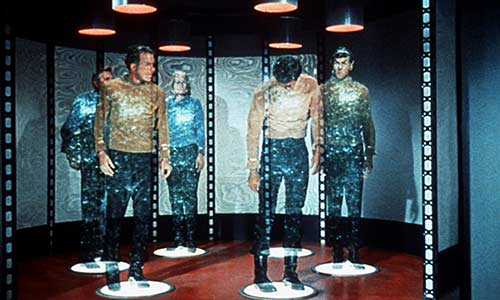 The 1960‘s sci-fi show Star Trek influenced a generation of engineers and tech designers to create in real life what they’d seen on TV – take, for example, the communication devices used by Captain James T. Kirk and crew, which were portable, palm-sized wireless devices with flip-up covers and antenna. Sound familiar?

These communicators made us believe in a future of instantaneous long-distance travel. When crew members were away from the Starship Enterprise, the devices transmitted a special signal that allowed the ship to get a lock on the crew and teleport them back. Scotty et. al could vanish and reappear in seconds inside their spaceship. New York to London in 3 seconds? If only!

In May 2014, Dutch scientists published a paper reporting on their success teleporting information three meters, or about 10 feet – but humans are just too complex to be transported that way… so far. Of course, some magicians may disagree.

Haven’t we all wished at times we could be invisible? Who wouldn’t enjoy eavesdropping on a conversation? Or attending a special social event, uninvited?

Yes, the military has the Stealth Bomber, and Harry Potter and friends have their invisibility cloaks, but what about us ordinary people who might like to disappear?

For now, we’ll just have to wish we could be proverbial flies on the wall – but we might soon be able to hide objects. Just last month, physicists at the University of Rochester created a versatile cloaking device. Four lenses, when aligned just right, will bend light around an object placed between them, hiding it from view.

Watch a video of the Rochester cloak in action:

Picturephones debuted at the 1964 New York World’s Fair. Astonishing for those times, fairgoers could hold a 10-minute visual conversation with people at a Picturephone exhibit in Disneyland, California. Two months later, AT&T’s commercial Picturephone service began, but you had to go to a Picturephone location to use the service, and it was expensive. At $16 for three minutes, a video call lasting up to 15 minutes could cost as much as $80, or the equivalent of $610 in 2014 dollars. And that’s without a data plan! 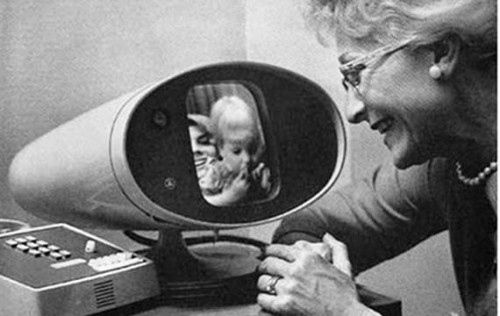 Back then, we used to worry, What if the phone rings and I just got out the shower? We had no concept of silencing a call as we do on our cellphones – or just turning off video!

Still, while the Picturephone itself never caught on, the concept morphed into technology used for communicating on our cell phones and tablets today via FaceTime, Google Hangouts and Skype. According to Juniper Research, smartphone video users will reach 29 million by 2015 globally. 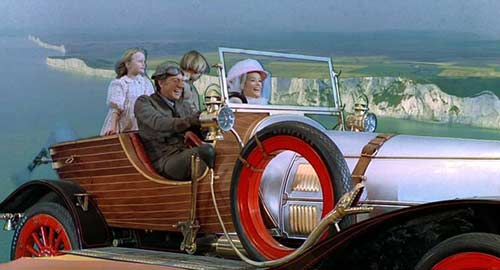 For years flying cars have been depicted in movies – “Chitty Chitty Bang Bang,” “Star Wars,” “Back to the Future II,” “Despicable Me 2″…. We dreamed of zipping from place to place, above our cities, where there was never any traffic. So, now that self-driving cars are a reality, can this vision of the future be far behind?

Aerospace company Terrafugia is working on a concept named TF-X, a four-seat plug-in hybrid electric car that can do vertical take-offs and landings. And you won’t have to be a trained pilot to drive one. According to Terrafugia CEO Carl Dietrich, the vehicle’s computer will be plugged into a data network that automatically helps plan the flight path, avoid other air traffic and stay abreast of air-space restrictions.

A guesstimate as to when we will be able to drive/fly a TF-X? About eight to twelve years. Development will depend on the speed of advances in related technologies and changes to current aircraft certification regulations – and it’s unlikely that we’ll see a flying car parked in our neighbor’s driveway anytime soon. Still, the goal of the TF-X program is to make the flying car a reality, evidenced by the company’s tag line, “Driven to Fly.”

Watch a video demo of the cool TF-X vehicle:

When I think of how many new inventions we use and will create at an ever increasing pace, I guess I shouldn’t complain! I get money out of an ATM, order groceries online or pay for them at a self-checkout, pump gas and have my car washed with a credit card swipe. No humans involved. Rosie the Robot would be proud.

Are there any inventions or gadgets you thought we’d be using by now? Or any surprises with the way the technologies we did develop turned out?

2 responses to “Days of Future Past”