A NYC subway rider spotted Helen Mirren on the subway last week, snapped a picture with his phone and posted it to Instagram, where Gawker picked it up for a post about Mirren’s perfect subway etiquette. It seems several other people have seen Mirren – or an older woman with short silver hair who looks remarkably like her – on various subway lines around the city. Click through to Gawker to see more Mirren/not Mirren Instagrams.

Well, that just happened | Dame Helen Mirren sitting across from me on the R train #helenmirren #subway #holycrap #NYC

The Treasury Inspector is warning Americans to not fall for the biggest scam of the tax season – phone calls from individuals claiming to be IRS employees collecting tax money owed and insisting that money be paid immediately by debit card or wire transfer. “This scam, which is international in nature, has proven to be the largest scam of its kind that we have ever seen. The callers are aggressive, they are relentless and they are ruthless. Once they have your attention, they will say anything to con you out of your hard-earned cash.” Callers might have IRS caller ID, know the last four digits of your social security number and send a an “IRS email to support their identity. If you receive a call of this nature, report it by clicking here. Read more about the scam here.

Are older people woefully out of touch with digital technology? A widely read Internet-community news site, The Daily Dot, devoted an entire issue of its Sunday magazine, The Kernel, to countering that stereotype – by profiling several seniors (and almost-seniors) who are using digital tech to pursue their passions and make sure they stay firmly grounded in the now. The Silver Issue’s editorial intro, “Respect Your Elders,” begins, “We were going to call this issue ‘the Olds.’ That’s a playful but still somewhat pejorative term for basically anyone who’s older than a millennial. You know the type: the person who says things like “the Facebook” and still can’t quite figure out email or Bluetooth… . If anything, this issue proves just how wrong those stereotypes are.” The issue’s articles look at senior online dating, the ambitions of a “grandma” (OK, she’s 57) who’s learning to code and a senior who is creating a beautiful Tumblr about baking, and the rise of web-aided encore careers, including that of Norma Krieger, 70, who relies on the Internet to fuel her new art business: Visit the Kernel and read the whole Silver Issue.

Aging out of place – on a cruise ship

Increasing numbers of seniors are selling up, scaling down and moving abroad – but after Lee Wachtstetter’s husband died 18 years ago, she moved onto a cruise ship. And stayed. By now, 86-year-old “Mama Lee,” as she’s known, has visited almost every country that has a port  (“I stopped counting at 100”). She dances every night for a couple hours after dinner and keeps in touch with her kids and their families via her laptop. Read more about Mama Lee at the Asbury Park Press. 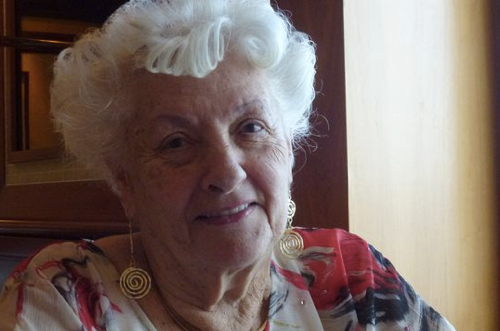 The future (for a while) of connected aging

What’s in store for us on the tech front? Last week, USA Today pointed to some leading-edge “connected aging” products that were on display at the recent Consumer Electronics Show in Vegas; all are designed to help us stay independent as we age. Among them are the wearable ActiveProtective airbag, which cushions you if you fall; a smart, sensor-based cardigan that helps caregivers and physical therapists monitor elders with dementia; a device that lets you call, text, browse, Skype, etc., from your TV; and a smart, app-connected wheelchair. We’re guessing that in five years’ time, many of these products will seem laughably low-tech. Read more about them – and the connected aging industry – on USA Today.

Plenty of websites publish lists of “deals” for senior travel – most of them are hardly deals, and there aren’t many of them – but Bankrate went a different route last week and published a slideshow of unusual and little-known strategies for taking a trip on a budget. They include getting hired by a cruise ship to be a dance and dinner companion for older ladies (free travel) or by the U.S. Department of State’s International Visitor Leadership Program as a part-time trip guide (if you’re fluent in another language); or becoming one of many older Peace Corps volunteers. Read more at Bankrate. 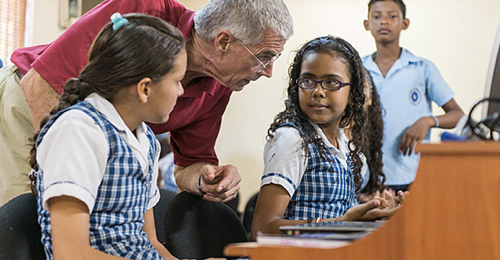 In 10 years, one on four drivers will be age 65 or older, and while overall, seniors have proved to be the safest drivers, certain health conditions and their meds – Lipitor, for example – can adversely affect safety, and crashes are more likely to prove fatal for older drivers. So AAA in conjunction with several medical centers around the US is about to launch a 5-year study that will correlate seniors’ driving with their medical records and evaluate whether car safety features like blind-spot monitors help or hinder older drivers. Read more about driver safety and the new study at the OC register.

What – no NYC? Most livable cities for aging in place. 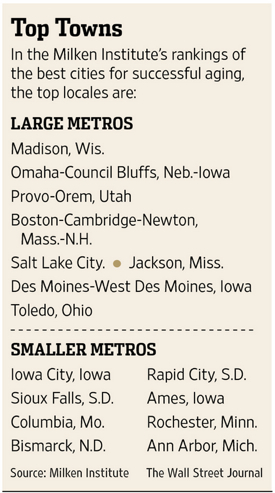 The Milken Institute takes a different approach to the “best places to retire” question. Instead of looking at climate and golf courses, it evaluates livability for older people who want to age “successfully,” including transportation, healthcare resources, living arrangements, employment and educational opportunities and community engagement. Oddly, New York City, a leader in the World Health Organization’s  age-friendly cities initiative, is not on the list. To save you the time of parsing the institute’s report, the Wall Street Journal created a graphic (below) – and the Journal’s readers commented on it. In one senior’s words: “‘Successful’ until you slip on a patch of ice and break your hip…’Successful’ until yet another grey day sends you into grim fantasies…No thanks, I’ll take sunshine, warmth, and ‘failure.'” Thoughts? Share them in the comments section below. Read more in the Wall Street Journal.

The Daily Beast broke the news last week that people in the their 60s, 70s and 80s still “get it on.” The Beast cites a recent British study of older men and women, and older US studies, all of which show not only that “sex among the senior set is important,” but also that seniors engage in many forms of sexual activity and, according to the National Commission on Aging, that women find sex over 70 more satisfying than in earlier life. Describing the findings as “cringe-worthy” for grandchildren (they’re talking about the famous “ick” factor), the Beast concludes by casting its own news story into question by quoting a writer at TruthDig, who in a post titled “Stop Flipping Out Because Old People Have Sex,” says, “For years now we’ve heard about randy grandparents getting nasty in the old folks home. Yet studies of septuagenarian sex continue to make the news as if it’s weird, shocking or gross. It’s blatant ageism against the canasta class.” Yay for TruthDig! Read more at the Daily Beast.