When Lynn Peters Adler was 15 years old, she went shopping with her grandmother for a new winter coat. After they’d made their selection, the salesperson asked Lynn, “How does she want to pay for this?” To which Lynn, her radar in full spin, replied, “Why don’t you ask her?”

What her grandmother, who was in her 60s, said to her on the way home confirmed Lynn’s suspicion: “No one wants to talk with you when you’re old.”

That day the seed was planted that led Adler to her life’s work. She is founder and director of the nonprofit National Centenarian Awareness Project (NCAP), an organization that advocates for seniors’ active involvement in society. NCAP’s goal is to find, honor and celebrate all Americans age 100 or older. The U.S has the largest population of centenarians in the world, and NCAP has a centenarian registry of some 2,000 and counting.

Adler considers it a privilege to have known an entire generation of centenarians during her work over the past 28 years. For her most recent book, “Celebrate 100: Centenarian Secrets to Success in Business and Life,” she surveyed more than 500 people who’d reached 100 – her oldest interviewee was over 116. Co-authored with Steven Franklin, the book is a compilation of impressive life stories, wisdom, wit and advice.

Adler defines “active centenarians” as those who still have a modicum of good mental and physical health. She believes these extraordinary people are role models for the future of aging.

We talked to Adler about “Celebrate 100” and NCAP during a recent phone conversation.

Tell us more about the genesis of NCAP.

What I started paying attention to at 15 was that my grandmother really was treated differently, even within our family. I thought it just was not right that as a person became older they were treated differently. I began talking with older people at what was then called the “old folks home,” and I have to credit that experience with my having a rapport with older people that is quite direct.

At 15, I didn’t know the word “ageism.” In fact, the term wasn’t coined until 1969 by Dr. Robert Butler. But by the time I got to law school in the early 1980’s, I recognized what disturbed me so much about what I would call “the shunning.”

After law school I became an active volunteer in Arizona’s aging community. Back then there were so many naysayers. Even people who worked in the field of aging would say to me, “Why do you want to be bothered with those old people? Just leave them where they are. They’re happy there. They don’t want to be invited to a gala celebration.” They were absolutely wrong! I met my first centenarian, fell in love and decided that I would find every centenarian in Arizona, and I pretty much did. There were 271 at the time.

Who are a few of the more interesting centenarians you’ve met?

I’d like to tell you about some of the remarkable people who are in the book.

Margaret Dunning, age 102, whose father taught her to drive in a Model T Ford when she was eight, is still showing her cream-colored 1930 Packard Model 740 Roadster at auto shows.

There is a fellow named Charles “Cliff” Kayhart, age 101, shown holding his iPad in the book. When he got the iPad he said, “Whatever the next technology is, I’m going to have one of those, too.” I think that this such a life-affirming attitude! 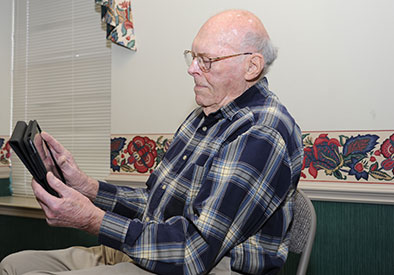 Irving Kahn, who was a Wall Street financier, at age 107 was still going to his office every day.

And Rosie Ross was a musician who continued to play his trumpet at a regular Friday night gig until he was over 100. He was so full of life and would always pack the house. He lived with a friend who also lived to be 100 and the two of them were like the Odd Couple. It was just wonderful. 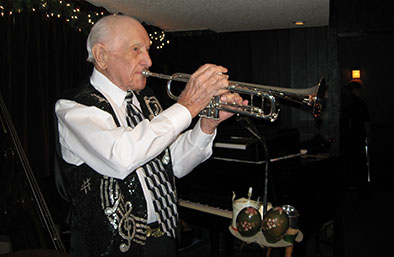 What have you learned from knowing so many centenarians?

I call centenarians our living links to history. They’ve lived through all of the history we’ve studied. To flesh out a little bit more about, say, the Great Depression, we can listen to their stories. No one knows what they know and no one really knows what it was like except for them – and that is unique and awe-inspiring.

And then there’s also the joie de vivre. If I’m really having a bad day, I call one of my centenarian friends and I feel instantly better. Because I’m thinking, my gosh if Elsa can do that at 101, I should just get over whatever my little deal is.

What can we learn from centenarians about healthy aging?

Early on, when I did my first survey of Arizona centenarians in 1988, I identified the five traits that active centenarians have in common; I call it the Centenarian Spirit. And through my subsequent surveys of centenarians, through two books, through knowing so many centenarians, this list has held up: Love of life, which includes a sense of humor and a healthy dose of self-esteem; positive yet realistic attitude; strong religious or spiritual belief; personal courage; and a remarkable ability to renegotiate life at every turn.

I think the last one in particular is something we can all learn from centenarians.

What does “aging with attitude” mean to you?

There was a wonderful centenarian in California who we asked, “What would your advice be to people as they grow older or to younger generations?”  And he said, “Encapsulate the good memories and let the others go.” Isn’t that beautiful and so simply said?  Another fellow in South Carolina said, “I try to be happy where I’m stopped at.” Between the two of those I think lies the answer.

What can we do to counter ageism in our day-to-day lives?

I don’t think we’re ever going to stop it, but we can mitigate it. The first thing is always awareness, but the important thing is for more of us who become aware to stop doing it, even if we’re doing it unconsciously. It has a ripple effect.

There’s just no place for ageism in our society. There is plenty to go around for all. There’s plenty for those who have contributed so much, and I think we lose sight of the contributions of older people, and I mean 85 and over. How would we like it if in 15, or 20 or 30 years from now we were treated as though our lives or our contributions didn’t matter? If we don’t change it now, we are going to have a rough go of it ourselves when we reach that age.

If we can’t change it, then shame on us.

Click here for more about NCAP and here to order a complimentary, personalized Centenarian Certificate for someone you know.