I’m a female, age 70, single for 18 years after my divorce. I dated a little, but not much. I’m now in a relationship with a 70-year-old male. We met six months ago and have been in an exclusive relationship ever since. We went the first three months with no physical intimacy except kissing. We are now in an intimate relationship which is not very fulfilling for me, because of my low libido.

He is very touchy-feely and enjoys having intercourse. He told me he bought a year supply of Cialis! I like romance before making love, soft conversations, gazing into each other’s eyes without touching each other or having him put his hands on my body. For him, everything seems to be visual and physical. He likes to run around the house in the nude. He wants to sleep over to cuddle, and he likes to touch and rub my body when we’re in bed when we’re not having sex. He stands and watches me get dressed, which makes me uncomfortable. I’d like more privacy! His focus on my body and looks turns me off.

Is there anything wrong with me or is it something wrong with him? I have strong feelings for this man and I do not want to hurt him, and I’m also afraid if I tell him about my feelings, I will lose him.

We human beings are remarkably diverse in what we want from sex and relationships, and there’s no one way we should all think, act, want, or feel. As much as you like each other, you seem mismatched, both sexually and in other ways. You want less sex and more romance than he does. You don’t like being touched and rubbed when you haven’t invited it, and he shows his affection in a touchy-feely way. Your libido is low — his is high. He loves the visual pleasure of admiring your face and body — you want him to stop looking.

You’re worried that if you tell him the truth, he’ll leave. Good. That’s proof that you’re not a match. If he stays with you because he doesn’t know how you really feel, then he’s staying with someone who’s not you. Pretending to be someone you’re not in order to fit what someone else wants never works.

You’ve been having sex for three months. The first months of a relationship are usually the high times when your brain chemicals go wild and sexy, known as New Relationship Energy (NRE). But you’re uncomfortable with his intensity, and your feelings are turning you away from him instead of joining him in a joyful dance.

If this disparity is evident so early in the relationship, it will only get worse later. I often hear from people who are miserable in their long-term marriage because one person wants more sex and the other wants less. Sometimes this is a new change, but often the higher-libido person knew that the lower-libido partner was never as sexually enthusiastic, but they thought that love and marriage would solve everything. Decades in, they feel stuck and unhappy. If you’re incompatible, it’s a gift to know this early, so that you can make changes now.

I don’t know whether your low libido is recent, due to age and years of singlehood, or if you’ve always had a low libido. If it bothers you, I could recommend ways to address it, but you didn’t ask about that or say that you’d be happier with a higher libido. If the issue is simply the mismatch, which I think it is, I think you’ll both be happier with someone who is a better fit.

If a compromise is possible, it will only happen if you reveal how you really feel. Try these steps:

You may find that the discussion falls apart during step 5 or earlier. Not all relationships can work out. Wouldn’t you rather know that now? You deserve someone who knows you authentically and wants to be with you. He deserves that, too. If he leaves you when you reveal your feelings, you haven’t lost anything you really had. It will hurt at first, but you’ll grow from this and go on to find someone who is a better match for the real you.

You’re not broken. Neither is he.

Send Joan your questions by emailing sexpert@seniorplanet.org. All information is confidential. Joan can only answer questions that are chosen for publication. 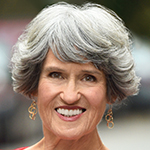 Joan Price is the author of several books including “The Ultimate Guide to Sex After 50” and the award-winning self-help book “Naked at Our Age.” Visit Joan’s  blog, “Naked at Our Age” and her Facebook page. For senior sex news, tips, event and webinar announcements, and special offers, join Joan’s mailing list. View Joan’s new free webinar, “Safer Sex for Seniors.”