This new weekly feature looks at technology (and the fear of it) from the perspective of a senior who’s spent a few decades learning to embrace the enemy. She’ll report on her latest crushes – smartphones, tablets, streaming video, social media – and the difficulty many of us older folks have using them. She’ll also fill you in on the language of tech and how to get help when you need it, which technologies are user-friendly and what to avoid. She may not be a real computer geek, but she does know how to explain stuff.

My name is Erica and I’m a recovering technophobe.

In 1983 I was a freelancer in my thirties cranking out six stories a month, when I got a  clunky computer as a gift. The Kaypro II was one of the first “portable” computers made; it cost more than $1500 and weighed 26 pounds with a 9 inch glowing green screen. It was the cutting edge of technology at the time. There were no clickable commands like “save.” In fact there was no trackpad or mouse. To do anything, you had to type in arcade codes.

Just because I was an early adopter of computers didn’t mean I took to technology. That Kaypro terrified me. I tiptoed toward it every morning, expecting the worst when I flipped the On switch. I was so panicked, I called the salesmen at the computer store at least five times a day (it offered unlimited customer service – another obsolete concept). I called so often I would hear them grumbling in the background: “It’s her again.” 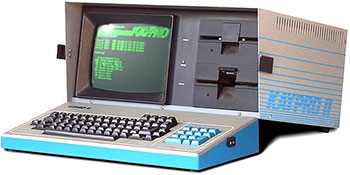 The Kaypro II did not send email, do Google searches or access Facebook because the Internet did not exist at the time. What it did do – which was nothing short of miraculous – was cut and paste. Before the Kaypro I’d actually sit on the floor cutting up paragraphs of my article manuscript and moving them around. Then I’d tape them to another piece of paper and retype the whole thing. That little computerized cut-and-paste trimmed literally 50 percent off my work time. I went from having a full-time job to a part-time job with no loss in pay.

You’d think that after it allowed me to become a lady of leisure I would fall in love with technology and the Kaypro, but I still hated that goddamn thing (although not enough to go back to physically cutting and pasting). Every time I turned it on I expected the worst:
that my article would have disappeared from the disc or that the machine would refuse to turn on and I’d get the green screen of death. (Both of these happened).

Eventually I moved on to better and less expensive computers – all Acers; I have yet to have one crash on me, which is lucky because I never back up. But I’d hang on to each outmoded model as long as possible, terrified of learning anything new.

I overcame my fear of technology slowly… very slowly. I think as with any phobia, constant exposure had simply desensitized me to the source of my panic.

It took me at least 30 years, then one day (not long ago), I started noticing that I was able to troubleshoot problems without making frantic phone calls. Out of necessity I had learned how computers work. I knew I had become computer savvy when I was the one getting those hysterical calls from technophobic older friends who couldn’t figure something out.

Despite all my progress, at 71 I still have technophobic relapses. Although I actually managed to set up my latest laptop all by myself, my new Brother laser printer sat in the box for weeks until I gathered the courage to try. 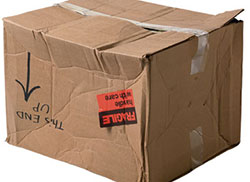 Luckily Brother got their act together between my last model and this one and made it much easier to set up wirelessly with a handy on-screen “wizard.” (I recommend any tech product that has onscreen instructions!) Feeling like a wizard myself, I proudly announced my success to my Facebook friends.

But my new Roku, for streaming video from Netflix, Hulu etc., is still sitting on the dining room table waiting for me to get up the nerve to install it. I usually just call the cable guy, but I am going to do it myself this time and report to you on how it goes – and I’ll explain why Roku. It’s one of those latest crushes I’ll be telling you about in the weeks ahead.

I’m convinced that my new passion for technology is not only giving me something in common with my children and grandchildren, but it’s also fending off Alzheimer’s. It’s really difficult for this old brain to wrap itself around figuring out a smartphone or iPad, but I can feel myself getting smarter every time I try it.

How about you? Does learning new technologies keep your brain supple or make it hurt? Or both?