From news your can use to finds you might love, click through our picks from the week online.

This photographer spent two years posing as an older woman

After spending some time making volunteer house visits to lonely seniors, photographer Koyoto Hamada wondered what it’s really like to live life as an older woman in NYC. So for two years, Hamada walked the streets of the city wearing a gray wig and heavy makeup. The resulting project – a series of 99 photographs – is called “I Used To Be You” and illustrates her contention that, as she told the Huffington Post last week, “Each stage of our life is a temporary experience. There are different kinds of beauty in different periods of our lives.” Hamada had some interesting interactions during her stint, as well as the jarring experience of feeling ignored. She hopes to make a book of her photos with the help of a Kickstarter campaign. Watch her video, below. To read more and see the photographer’s images, click here. To visit the Kickstarter page, click here.

Women artists we should have known about decades ago

Over the past few weeks in The Week Online, we’ve mentioned older women artists who after decades of working have finally been recognized as art world stars (click here and scroll down to read about Joan Jonas). Now, the New York Times has identified 11 women artists in their 70s, 80s and 90s whose names should have been on the tips of our tongues for the past several decades – among them Faith Ringgold, who created an iPad Sudoko app based on her work. Read about all 11 and their current or upcoming shows in  “Works in Progress.”

A 92-year-old World War II vet recently took her first flight since WW2. Seventy years ago, Joy Lofthouse, now 92, served as one of the few female airplane pilots to fly for the British air force in what was known as the “Attagirls” division. Her main job was to shuttle Spitfire aircraft from the front lines back to factories for repairs. What surprised her most about flying today’s Spitfire? The radio controls. During her time serving, there was no radio on board. Just silence. Click here to read more.

A new study published this month confirms what scientists have long suspected – that brain plaques – clumps of a protein called amyloid – can predict who is likely to develop Alzheimer’s Disease. What’s new in the study is the suggestion that testing could predict the onset on the disease as much as 30 years before any symptoms appear, offer the possibility for early treatment. While no treatments currently exist, clinical trials are underway. Read more here.

You’ve seen the headlines: “You won’t believe what happened when…” and other sensational or provocative headlines that make you want to click. It’s called clickbait, and the team behind Webbys – the Internet’s version of the Oscars – says #EnoughIsEnoughBait! Watch this tongue-in-cheek video, “In Memoriam: Clickbait,” and see how many of the headline styles you recognize from your web travels.

One third of Americans could become elder “orphans”

We chose to be child-free; our kids have moved across country; or maybe we just don’t get along. Whatever the reason, as we age we could find ourselves without the support that previous generations of older Americans counted on. New research suggests that this is a growing reality for aging Baby Boomers, and it’s worrying specialists in elder care, who are calling for government programs to help, according to a recent CNN report. The infantilizing term “orphan” aside, generational changes in family structure present challenges – but also opportunities for new forms of “family.” As one expert quoted by CNN points out, it’s time to start building support networks. Read more here.

Viral story of the week…

Coworkers at Tacoma General Hospital in Chicago helped Florence “SeeSee” Rigney celebrate her 90th birthday, and a video uploaded to YouTube of the occasion quickly became popular across the Internet. Rigney is the oldest working nurse in the nation after six decades of dedicated service in the field. As a medical student in 1946, she gained the nickname “SeeSee” because she would always say “see, see,” to show a teacher how well she knew her lessons. Read more about the celebration by clicking here.

Buzzfeed last week ran an experiment: The online magazine asked six people in their 20s and 30s to give up their smartphones for a while. What differences did they notice in their lives? Watch the video below. Then read blogger Miss Cellania’s (no pun intended!) take on the experiment. Millenials, she points out, have “spent their formative years becoming dependent on their devices for keeping in touch with others, finding their way around, doing business, and internet use…. I still use signs, maps, and spoken directions to find my way around. I also have a calendar for appointments.” Read Miss Cellania here.

Where’s the closest bus stop and when’s the next bus coming? Now you can get a quick answer by using a new mobile app called Departures NYC. The app, which recently won an MTA award, uses augmented reality to give information on approaching buses and uses the iPhone’s built-in compass to point you in the direction of the bus that’s going your way. If only the app could do something about all those”not in service” buses…. To learn more, click here. 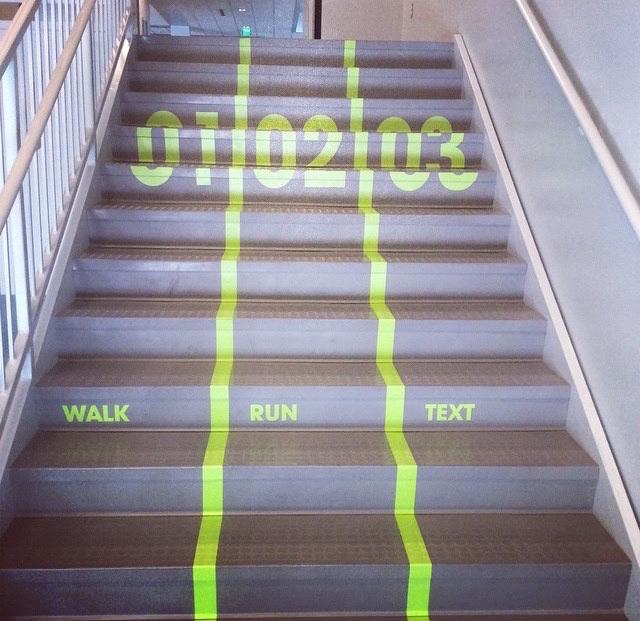