By Senior Planet Sunday, April 27 No Comments Share This:

Refurbished what?? Hearing aids are expensive, but you don’t have to spring for full cost. According to the Washington Post, a little known industry if growing around refurbished digital hearing aid, which can easily be reprogrammed by an audiologist. Refurbished devices are available from some manufacturers, as well as via donation hubs. Click here to get the whole scoop.

Viral this week More than 6 million people have viewed this video of a man responding to the news that he is going to be a grandfather. According to his daughter, who posted the video on Reddit, the grandad-to-be was a longtime widower who had been asking for a grandchild since she got hitched. Prepare the tissues!

Saving the Internet Not long ago, Senior Planet wrote about a court ruling that could spell the end of the Internet as we know it (click here to read that). Last week, the FCC proposed new rules that would allow companies that provide Internet access to create a “fast lane” and charge websites to use it. This could eventually kill smaller sites and the democratic Internet. Web activists are mobilizing for a “digital march on Washington” on May 15, when the FCC’s proposal goes out for public comment. Stay tuned for more; meanwhile, read about what why a massive citizen outcry could save Internet here; read about the FCC’s proposal here and read about the mobilization against it here.

Why so forgetful? Losing your keys, forgetting where you put that list – these are common complaints, and not just among older people, though forgetfulness can increase. One-third of respondents in a British poll said they spend an average of 15 minutes each day searching for items. The Wall Street Journal looks at why this happens and offers some practical remedies for the syndrome. Click here to read more.

How old are you now? United Healthcare just published the results of it ninth annual [email protected] survey, which found that Centenarians and people in the Baby Boom generation see themselves as younger than their actual years. (UHC didn’t explain what being 60 or 100 actually should feel like.) Asked about the experience of being 100 or over, the top centenarian responses were “blessed” (36% of answers), “happy” (31%) and “surprised” (12%). Click here to read more about the survey.

When Hendrikje van Andel-Schipper died at age 115 and left her body to science, researchers began an investigation into what had kept her physically and cognitively sound for so long – and what eventually killed her. Turns out, it might be our stem cells’ capacity to keep replenishing tissues that limits our life spans. Could we extend life by saving stem cells from early in our lives? Click here to read more about the fascinating discoveries being made through the study of van Andel-Schipper’s blood. 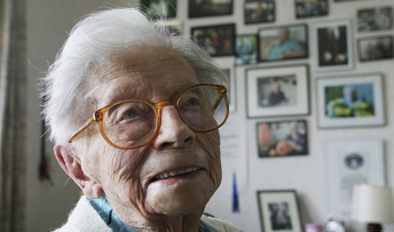 Sexy or die “I’ve never been beautiful, ever, but I’ve always been sexy. If you lose that you might as well DIE.” The Daily Mail profiled 87-year-old Fabulous Fashionista Gillian Lynne, whose 70-year career as a dancer and choreographer has included a stint teaching Sophia Loren how to sex up her walk, as well as choreographing the musical “Cats.” Lynne has a new fitness video out, “Longevity Through Exercise.” Read more here about Lynne’s remarkable life here and watch an except from the video below.

Job hunting in the digital age We all know how hard it is to find a job when you’re on the older side of 60. But to what extent are our old-school job-hunting strategies to blame? According to Next Avenue, only nine percent of job seekers who use social media in their searches are over age 55 – and that’s a problem. Click here to read how to use social networks like Linked In, Twitter and even Facebook in your job hunt, and why using your smartphone can give you an advantage. 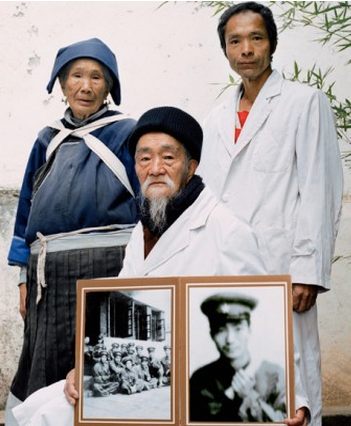 Elder rights day? The Week took a look at how people in various parts of the world treat their elders – including China, which last year passed an elderly rights law requiring people to visit their parents; and Korea, where the 60th and 70th birthdays are considered major life events deserving of lots of partying. Read about France, Japan, Mediterranean and other cultures by clicking here.

Goodbye cybercafe, hello 3D printing cafe Used to be, if you didn’t have a computer or were traveling without one, you could stop by an Internet cafe, order a cappuccino and buy an hour or two of online time. You’d have to try hard to fond one of those cafes in the US now – but wait a little while and you might find yourself passing a 3D-printing cafe. The first one recently opened in Buenos Aires, where the owners say they are helping to introduce people to the 3rd industrial revolution. Click here to read Senior Planet’s article about how 3D printing could be a major disruptor in manufacturing and here to read about 3D Lab Fab & Cafe.