Stephen and Lisa Gill have been working on slowing down for a few years, but new adventures keep getting in the way.

First they left behind the stresses of life in the Los Angeles fast lane for a slower pace and low-pressure jobs in the small-town ski resort of Mammoth Lakes, California. Stephen produced a local web site, Lisa sold real estate, and they skied. Life there agreed with them. But two and a half years after moving, Stephen was browsing online job ads and saw an opening for a web master for the Peace Corps. He was intrigued, and they both liked the idea of moving East, so the Gills rented their mountain home, packed away their ski clothes and headed to Washington D.C.

A Gap Year for Seniors

Stephen manned the Peace Corps website for six years, but almost from the beginning, he and Lisa talked about volunteering abroad before they retired. He thought of it as a late-life gap year. Instead of taking a break between high school and college to experience the world, as increasing numbers of young people are doing, Stephen and Lisa would do it on their way to retirement.

Whether you’re a high-school senior or Medicare age, a gap year is a time for personal growth, an opportunity to re-evaluate what’s important to you and a way to bring new experiences to your next life stage. For many — including Stephen and Lisa — it’s also a chance to do public service.

“We started talking about how it might be a good way to end our careers,” Stephen says. “We thought this would be a great way to transition into retirement.”

“To serve as a Peace Corps volunteer offered us the ultimate opportunity to give back, immerse ourselves in a new culture, help our host country nationals with their aspirations and embrace transformative experiences,” Lisa says.

They signed on for the Peace Corps’ usual 27-month stint — three months of training and two years of service — in Moldova, a small, landlocked, country tucked between Romania and Ukraine. 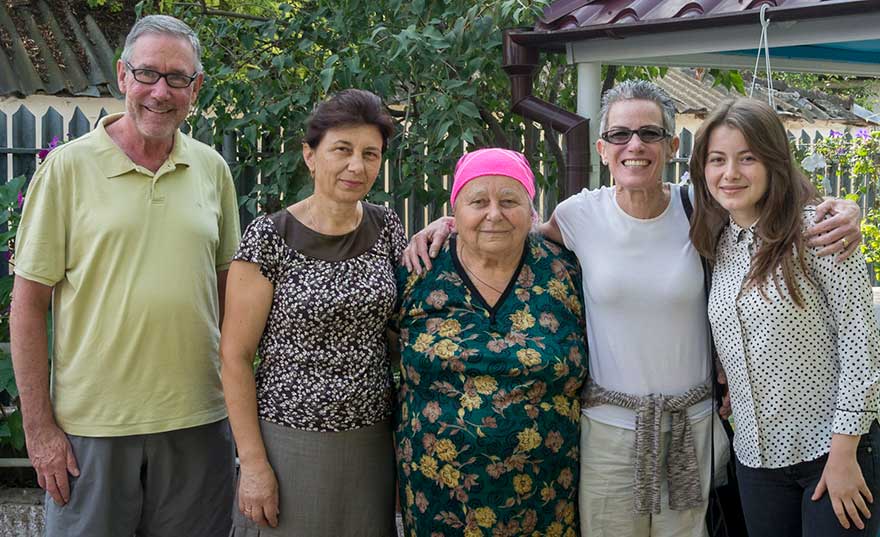 The poorest economy in Europe, Moldova is mostly an agricultural country of small villages. The Republic achieved independence from Russia 25 years ago, but, as “Lonely Planet” puts it, it’s still as “off the beaten track as you can get in Europe.”

The three-month pre-service training for all Moldova Peace Corps volunteers takes place in Chisinau, the capital. Volunteers live with a family during their training, and most continue that arrangement in the village to which they are assigned, but as older volunteers — both Stephen and Lisa are 65 — the Gills were assigned to live and work in the small city of Bălți, where they decided to rent an apartment.

“It is small, but you are expected to live according to the local economy and are given an allowance that’s sufficient for that,” Lisa says.

The Peace Corps seldom assigns seniors to remote villages, especially if they have health issues. Stephen had a history of skin cancer. He’d been treated successfully, but the Peace Corps assigned him to an urban area where his skin issues could be monitored.

Senior Life in the Peace Corps 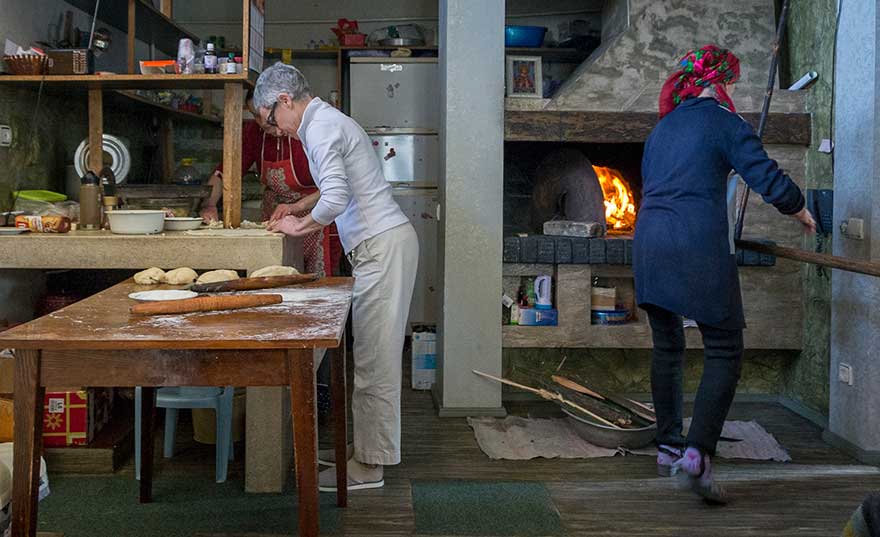 In Bălți, Lisa works primarily with an NGO for local women in business, and Stephen is involved in community organizational development. Time permitting, volunteers can become involved in secondary projects. Lisa and Stephen each teach two English classes a week in addition to their other jobs.

Now that the Gills have been in Bălți for a year and people know them, new projects come to them. “We’re always looking for an opportunity to help,” Stephen says. “I taught a tech class at a local high school and I’m soon going to be looking at the university for another project.”

Although the Gills often “go to work” just as they would in the U.S., their job doesn’t end at 6 o’clock. “We’re on call 24/7, Lisa says, “but it’s not a grind. It’s more like a way of life than a job. Part of the Peace Corps’ goal is to represent and promote the U.S. A lot of our social engagements are part of our service. You are expected to be accessible. ”

“Because we’re Americans, people often expect that we can do anything and on a moment’s notice,” Lisa says. “So we have to say, that’s not my expertise. But many times, we’ll go out and learn about something, so we can help them onto the right path.”

And life in Bălți can feel like living under a microscope. “It’s obvious that we’re not Moldovans, so wherever you are or what you’re doing, you have to behave appropriately. We are representatives of the U.S. and we’re expected to behave responsibly and respectfully.”

There is no age limit for Peace Corps volunteers — some seven percent are over 50; the oldest is 87 — and you can join along with your partner or spouse. The Peace Corps recognizes that people over age 50 have life experience and skills that communities abroad highly value.

Volunteers have some say regarding where they want to serve and, according to a Peace Corps spokesperson, the organization also offers some service opportunities for shorter time periods. Peace Corps Response sends experienced professionals on short-term, high-impact service assignments that last from three to 12 months. And the Global Health Service Partnership sends physicians and nurses to serve for 12 months alongside local medical and nursing faculty to help strengthen the quality of medical and nursing education.

While Stephen was working in the Peace Corp’s D.C. headquarters, he and Lisa learned first-hand about the experiences of volunteers of all ages. Based on their conversations, they got the impression that on the whole, older volunteers find it easier to adjust and that people who’ve traveled extensively or met different types of people are more flexible than younger volunteers. “An older person can make adjustments in a more seamless way than a younger person who hasn’t had a lot of experience,” Lisa says.

“The challenges have been great and the rewards even greater,” Lisa says of their time in Moldova. Although it’s possible to sign on for another year of service if the budget permits and you can show that you’re needed, the Gills plan to head off for another adventure to complete their gap years abroad.

“We’re going to travel around Europe for a minimum of three months,” Stephen says. Lisa’s on board: “There’s really nothing we have to get back to. There are many places to see, so we’re going to take our time.”

For more information on the 50+ program, see the Peace Corps website: Volunteering at 50-Plus

One response to “A Gap Year for Seniors in Moldova”