Yikes! A Queens MacDonald’s and a group of seniors came to an agreement after the restaurant’s management had the police remove the seniors from the premises. Their crime? They were using MacDonald’s as a place to hang out. An Op Ed piece in the Times pointed to a slew of ageist comments left under a news report on the incident (eg. “It is only in the inner city that McDonald’s and Starbucks are the gathering places for the unwashed, elderly, incompetent and infirm.”) Read Stacy Torres’s op-ed by clicking here.

LinkedIn’s new volunteer hub They say volunteering is one factor in good health – but how to connect with meaningful opportunities? Here’s one way: the social networking site for careerists LinkedIn has launched a new feature that might appeal to retirees as well as full- and part-time employees. LinkedIn for Volunteers puts you in touch with volunteer opportunities in your area and in your field. Click here to check it out.

Test yourself for cognitive loss  A new online test lets you self-administer a test for early cognitive loss and dementia that can serve as an early warning system or a benchmark. The Self-Administered Gerocognitive Examination, or SAGE, was released last week by researchers at The Ohio State University Wexner Medical Center after tests on older Americans. Of  1047 people who took the  test, 28 percent were identified with cognitive impairment – a figure that held up under more detailed cognitive testing.  The 15-minute test is a simple download; use paper and pencil to fill it in and then share it with your doctor, who can evaluate it with guidance from the SAGE site. Read more by clicking here. Download the test here. Here’s one of several questions on the SAGE test – mathphobes, beware; a couple of the questions might scare you.

All in the genes? Doctors are interested in a 94-year-old track star whose energy and strength seems to defy all odds. Olga Kotelko, who took up track at age 77, is currently contemplating entering for long jump. Her story is the subject of a new book, “What Makes Olga Run?” about the life lessons we might be able to learn from her. Might attitude be one key? Kotelko told the Today show, “I chose to be a young-at-heart athlete rather than an old woman.” Then again, maybe we can rethink “old woman” to include “track star”! Click to see more and watch Olga below.

Visit NBCNews.com for breaking news, world news, and news about the economy

Eat your yogurt and pickles! Not only does Olga (above) eat plenty of fermented foods; a new study says gut bacteria may be one secret to staying healthy and living longer – and finding out how to manage that bacteria as we age is sure to be the subject of further research. Meanwhile, doctors recommend eating plenty of yogurt and keffir, kimchi and pickle, and other sources of good bacteria such a broccoli. Click here to read more.

What’s new in the cartilage dept? The New York Times’ New Old Age blog interviewed Dr. C. Thomas Vangsness Jr., an orthopedist and the co-author of a new book, “The New Science of Overcoming Arthritis.” The doc answered questions about exercise (nothing pounding – try stationary bike), supplements (het, there’s no evidence, but there’s no harm either), meds (better options are 10 years away) and stem cell treatment (the doc has been experimenting with stem cell injections and the results are promising). Click to read more on the New Old Age.

The longest engagement ever? Keith Travis met Brenda Moran in 1970 went he showed up at her place to fix a leaky pipe. It was love at first sight and they soon got engaged – but it’s taken them more than 40 years to get married. Brenda, 71 and Keith, 65, finally set a date when Brenda proposed and married recently in 40s garb, signing the register to the song, “Why Do Fools Fall In Love?” Keith told Britain’s Manchester Evening News: “Keith said: “I’ve asked her on numerous occasions, probably three or four times a year over the past 43 years. I think she was just playing hard to get!” Click here to read their story. 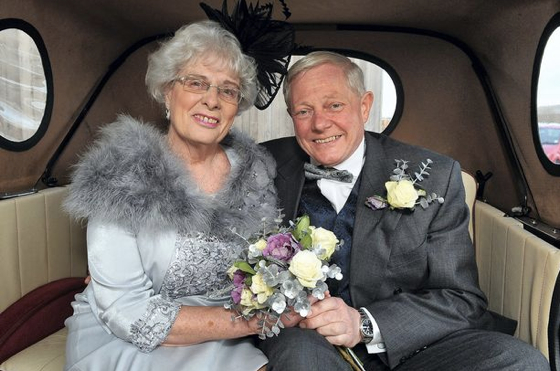 The history of popular music according to Google If you’re interested in music, you’ll want to check out Google’s latest launch: Google Music Timeline, which lets you see the ebb and flow of various musical genres over from 1950 through the present, and click through to individual artists, too. Read more at the Atlantic and click here to visit Google Music Timeline.

Rated CG? As older moviegoers overtake teens in ticket sales, AARP has started giving an official Movies for Grownups seal of approval to films it considers appropriate for people age 50-plus. The first film to earn the seal, last week, was “Jack Ryan: Shadow Recruit.” Do we need the guidance? Have your say in comments below and click read to see more.