“It is as though the aged were an alien race to which the young will never belong. Indeed, there is a distinct discrimination against the old…. It is not just cruelty and indifference that underscore the obsolescence of the old. It is also the nature of modern western culture.” —Time magazine

If it weren’t for the formality of the language, you might assume that this quote was from a recent issue of Time magazine. In fact, it’s excerpted from an August 1970 article in Time’s online archive, the Vault. The article analyzes the then-new trend of older people being diminished and isolated by a society that was suddenly and overwhelmingly being driven by young people — what Time has called the Woodstock generation.

That’s you if you were under 30 in 1968, the year that gerontologist Robert Butler coined the term “ageism.”

The first big wave of Baby Boomers — today’s 60- to 70-year-olds — had become a massively influential youth subculture that had no time for the old.

What was new for seniors 45 years ago? 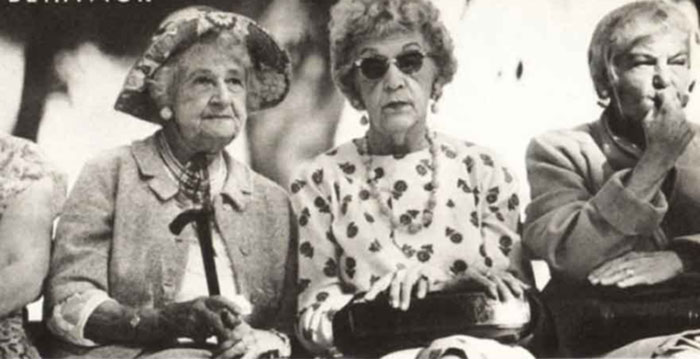 Trying to make sense of this new society in which young and old orbited in separate and unequal universes, Time quoted Margaret Mead, who put it down to the splintered modern American family and the rapid pace of social change — “So rapid that to learn about the past seems irrelevant.”

The old, in Mead’s words, were “the carriers of a dying culture” that held no interest for the young.

Now that we’re the oldsters, what can we do to reverse what we helped to create?

Some ideas to start with:

3 responses to “45 Years Later: “The Old in the Country of the Young””