From news you can use to links you might love, click through the our picks from the week online for seniors.

Star Wars’s most special effect of all

New York magazine profiled Anthony Daniels, aka Star Wars’s C-3PO, now 69 and a veteran of the sci-fi franchise. Learn more about Daniels, “a former stage actor who auditioned reluctantly for ‘some low-budget sci-fi movie’ and wound up a golden robot for the rest of his life.” Click here to read the profile.

The world’s oldest quadruplets turned a combined 320 at the end of November. Ann Browning and her three brothers were born minutes apart in 1936 and celebrated their 80th birthdays a short walk from their birthplace of St Neots, England. Read more — and see images of the quads growing up—at the Daily Mirror. 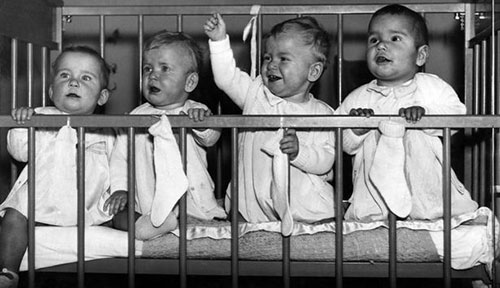 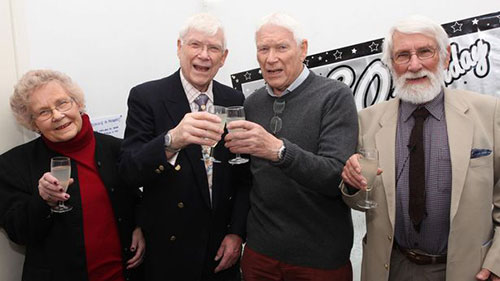 Scientists have known for some time that the diabetes 2 drug appears to slow aging in animals. Last week, the FDA approved clinical trials in humans to see if Metformin, a medication that influences how the body handles glucose, has the same effect in humans. Read more here.

Oprah: At 40 you’re just getting started

“Ageism” is the word of the moment in the entertainment industry. Last week pop star Tina Arena, 48, addressed the issue during her acceptance speech at the Australian Aria awards—and a couple of days later Oprah Winfrey picked up the ball and ran with it. On Australian TV, she said, “Not only do you get to decide when you stop, you get to decide when you start again. I think if you want to live your life as a free woman, and for the most part I speak to the voices of women, it’s about being able to decide for yourself what you want to do with your life, no matter what age…. I see so many women who reach a certain age and they think, ‘Oh well it’s over,’ or ‘I have to fit into the box that the world has said I belong in,’ but you get to decide. Until you take your last breath you get to decide.” Read more at the Sydney Morning Herald.

Drones to the rescue

How are you going to age in place if the everyday — finding your medicines, ordering food from the supermarket — becomes hard to do?  University of Illinois roboticist Naira Hovakimyan has been awarded a $1.5 million grant by the National Science Foundation to design small drones capable of performing simple household chores for seniors. Dr. Hovakimyan admits that the idea might seem strange now, but she believes that by the time the technology is fully developed in 10 or 20 years drone-assisted eldercare will be normal. “I’m convinced that within 20 years drones will be today’s cellphones,” she told the New York Times. Read more at this and other developments in advanced tech for older people in a fascinating article at Times.com.

Are you among the 50% of seniors who are not up to date on routine health tests?

Screenings can help your doctor spot trouble early, which makes good preventative sense. Among the tests you might be missing are an annual colonoscopy to catch colon cancer (everyone’s least favorite test?); C-reactive protein, which can warn about heart disease; and thyroid stimulating hormone—women over 60 are good candidates for hypothyroidism. Read more about these tests and others that you might want to ask your doctor about at Next Avenue.

The latest in babynames

Forget about Emma and Henry — old-fashioned children’s names are so 2014. The latest trend has parents naming their babies after Instagram filters! The popular parenting site Baby Center polled parents and found that the (now) boy’s name Lux has gained 75% in the past year, thanks to one of the filters on the photo-sharing site Instagram. Other baby names inspired by photography effects are Ludwig and Kelvin for boys, and Juno and Valencia for girls. Here’s to the filterbabies! Read more at Time.com.

Scientists have known for some time that subjective loneliness – the deficit between how social we want to be and how social we are – can make us sick and even shorten our lives. Now, research is providing an explanation for the phenomenon. It seems that being lonely can trigger changes in our bodies on the cellular level — changes that may have protected the species. Read more at CTVNews.com.

You’re no doubt familiar with the on-demand ride app Uber. Well, Uber has spawned the on-demand pet app, Uber Puppies. For $2 a minute, you can spend 15 minutes petting pups delivered direct to your home. Uber has partnered with animal shelters to offer the service, and adoption papers are also available – on demand. A cure for loneliness? Or cruel to animals? What do you think?

Why are so many rich young techies obsessed with reversing aging?

An illuminating article in the Daily Beast highlights the enormous sums of money being invested by the billionaire heads of Google, Facebook, Paypal and other tech giants in research designed to find a way to slow the aging process. Is it fueled a fascination with big ideas? A philanthropic desire to save humans from diseases of aging and the other downsides of growing older by keeping us “young” until we die? Simply this year’s big thing? Or a smart way to make millions down the road?  (Or — a question the Daily Beast does not ask — is there a connection between this obsession with aging and Silicone Valley’s well documented ageism?) Whatever the reason, here’s what Bill Gates says: “It seems pretty egocentric while we still have malaria and TB for rich people to fund things so they can live longer.” Read more at the Daily Beast.

In case you’re wondering what those rich techies are spending their anti-aging money on, Time magazine has zeroes in on four types of research that scientists are pursuing: gut microbes, telomeres, stem cells and mitochondrial breakdown. It’s an interesting read and a good intro—especially since some of the research involves simple lifestyle solutions. Read more at Time.com.

Senior Planet a Next Avenue “Site We Love”

Are you interested in accessing more online resources that address the specific concerns of older people? Then check out Next Avenue’s new feature, Sites We Love. The PBS website has shortlisted about a dozen online destinations geared “grown-ups,”  among them the inspirational Fashion Over Fifty; the globetrotting Gypsy Nesters; Retirement By Jeff, a financial planner; Sixty and Me, a community of older women; the bilingual site Viva 50, and Senior Planet. We’re happy to be in good company. See the full list and click through to all the sites at Next Avenue.