The old adage “she’s still got it” reaches sensual heights in a new book by Marie Baronnet. The Paris-born, Los Angeles-based photographer spent two years seeking out elder burlesque performers for “Legends: The Living Art of Risqué” and shot portraits of them in their homes. The final product: a celebration of the resilience of wit and vibrancy – hallmarks of the art of burlesque. 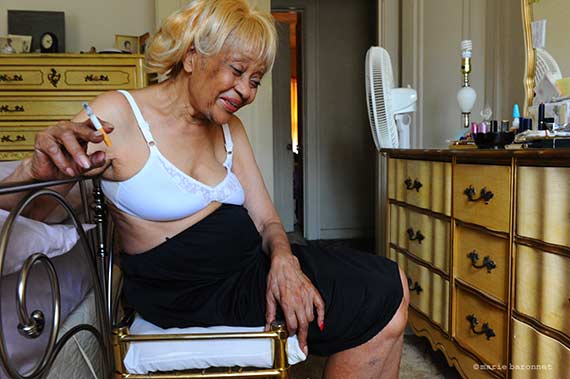 Baronnet embarked on her project in 2011 when she met then-85-year-old burlesque veteran Dixie Evans, founder of Las Vegas’ Burlesque Hall of Fame. “I’d already done a lot of work about the female body and I wanted to do something with more mature women,” Baronnet says. “I didn’t really know anything about burlesque. But when I started interviewing Dixie, she was just so fascinating and so alive and had a lot of humor. I realized I had a loaded subject.”

With help from Evans (who sadly passed away in 2013) and the Burlesque Hall of Fame’s annual festival, between 2012 and ’14 Baronnet connected with performers whose ages ranged from early 60s to mid-90s and traveled all over the U.S. in order to photograph them where they lived.

“It was important to me to feel the atmosphere of their home,” she says. In a series of intimate photos and illuminating interviews, she delved beneath their fabulous façades. 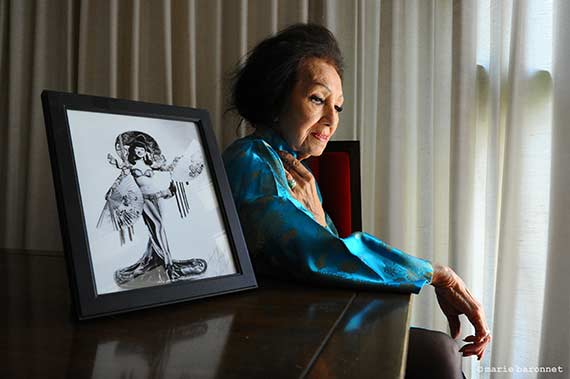 Since the women’s anecdotes are anonymous (none of the stories is attached to a specific performer), they’re particularly candid and touch on some intense topics: drug and alcohol abuse, pornography and the underworld, as well as the glamor of the profession. But life challenges aside, Baronnet sees the dancers as artists and proto-feminists.

“Their lives were very colorful but sometimes very difficult, yet in a certain way they were feminist pioneers. They had a real sense of independence and freedom,” she says. “They were so creative. They came up with their own acts and did their own choreography and made their own costumes. Because of burlesque, they were able to make their own money and travel and have a life of their own. It was a way for them to be emancipated.”

Some of Baronnet’s subjects stopped dancing decades ago; but, thanks to a recent revival –  the neo-burlesque movement is thriving in places like Las Vegas and Coney Island – others continue to practice the art of the tease today. Whether they’re retired or still dancing, all the women whom Baronnet photographed were enthusiastic about putting on their vintage costumes and sexy personas and striking a provocative pose. 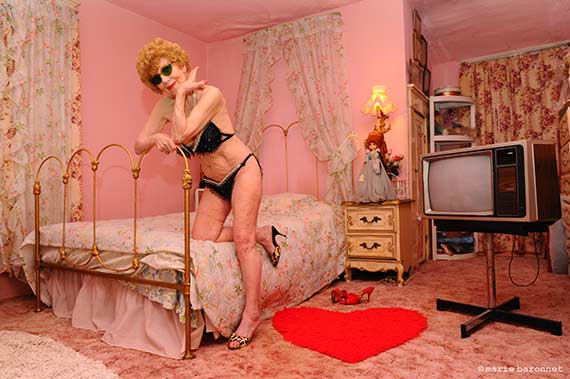 Baronnet found the dancers in different states of health – many had “really gorgeous bodies of dancers” while a few were ill or confined to wheelchairs. But, she says, they’re all very beautiful, energetic and in touch with their seductive, exhibitionist side.

“They liked being in front of the camera and posing. It was like being in front of an audience. Even the ones who were broke or battling a disease would still have that burlesque wit and sense of humor. You could see that they had had fun and excitement in their lives and that they were a little bit different from their peers.” 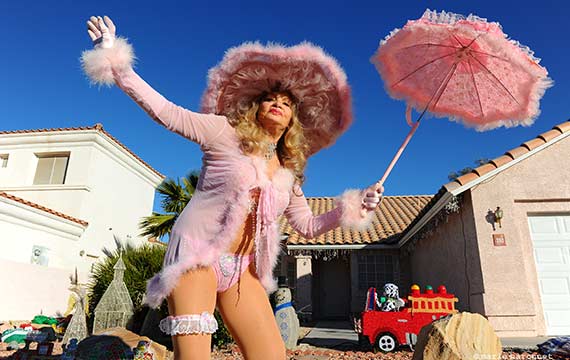 What has her project illuminated about older age? A quote from a piece Baronnet wrote about “Legends” on the art site Agnostica may say it best: “As I honor these artists, I wish to honor … the older woman I will be one day, when I reach the age when the receding flamboyance of flesh lets through more of the original soul.”