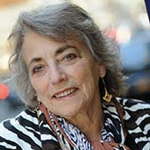 In her Aging With Geekitude series, self-professed “recovering technophobe” Erica Manfred writes about her adventures with technology and shares what she’s learned as she navigates the not-so-scary waters.

Everyone has been telling me how brave I am to rent a place in South Florida all by myself for three months this winter despite knowing nary a soul. I don’t feel brave, just desperate to escape the cold. But I was worried about finding friends here. I didn’t want to spend three months trying to start conversations with strangers at the beach or in bars (OK, if I could find a bar where the 65+ guys hung out I might just try it). Luckily, being an Internet junkie, I knew I had an ace in the hole: Meetup.com.

Headquartered in New York City, Meetup is all about building offline community in a digital world. The site launched after 9/11, when New Yorkers were coming together on the ground for solace and mutual support; Meetup’s founders saw a need – an an opportunity – for a site that would let people create groups and find one another around shared interests or concerns. The site got a huge boost in 2004 when Democratic presidential candidate Howard Dean used Meetup for his local grassroots organizing.

Today, Meetup.com hosts groups in towns and cities around the world. Members can start or find groups in their area that match their interests – from politics or the arts, to urban adventures, crafting and writing. There are even groups for seniors, but it turns out that one of Meetup’s strengths is its easy intergenerational mix. Some groups meet weekly, others monthly or on a sporadic basis, but they all meet offline – in coffee shops and restaurants, members’ apartments and other local spots. To join, you fill out a simple profile and upload a picture if you want to (highly recommended). It’s a little like a dating site, except that instead of looking for your perfect mate, you’re looking for your perfect community.

While joining a group on Meetup is free, the site makes money by charging group organizers a nominal fee – currently $12 to $19 per month, depending on the payment plan. Some organizers pass on the costs by charging members dues of a few dollars a month.

I checked out Meetup before I made the arrived in Florida and found a plethora of local groups where I was likely to find like minded peeps.

When it comes to finding new friends, the traditional wisdom is to join a group whose members share your interests – that’s what Meetup.com is all about – but like shopping online for a pair of shoes that’s going to fit comfortably or finding your perfect mate, there’s some hit or miss to finding the right Meetup for you.

To find groups in my area, I entered my zip code in the Meetup.com search engine, set a distance of 50 miles and added some interests: books, arts, culture, movies, writing. You can also search by distance or interest alone. Several options came up in the search results. I picked groups by looking at the number of Meetups they had hosted recently and member reviews – some groups are inactive or have very few members; the best groups have been around for a long time and have a lot of members. I checked out member profiles as well to see if the people sounded interesting. Once I’d picked a few groups, all I had to do was click “join” on the group’s page. Some groups require approval by the organizer; unless you’re a serial killer, you’ll get an approval by email in a day or two. Some also require that you fill out an introduction telling the group who you are and why you want to join.

Warning: The Meetup website can be confusing. Like other sites these days that assume you’re a digital native, instead of clearly labeled links, Meetup shows you little icons and you have to figure out what they mean. On the top right of your screen are a bell icon to see all your upcoming group meetings, three lines in a bubble to access messages from other members and group organizers, and three dots to find help and other stuff. There’s no telephone support; if you have a question, use this link to send an email to the support team.

My first Meetup was underwhelming. A “Coffee and Conversation” discussion group was meeting each week to discuss various topics. This week’s topic was “The Seventies” – meaning the decade, not my age. I figured everyone would at least have to be 60-plus. Well, they were, and some were interesting, but the leader maintained such a rigid structure that I got bored and left.

There was no such problem with my second foray to the “The Fort Lauderdale Girl-Time Book Club.” I’d been wanting to join a book club near my home in upstate New York for a long time and even had tried starting one with no success, but this group had been meeting for many years and had over 100 members, 32 of whom showed up to the January meeting to nominate book choices for the coming year. They were mostly young women in their 20s to 40s with a few in their 50s. Despite the age gap (I’m 72), everyone was extremely friendly – nobody gave me the “invisible” treatment – and the book I nominated was chosen, which amazed me since no one knew me and it’s a pretty esoteric book (“The Golem and the Jinni“ by Helen Wecker.) I networked madly. I announced I wanted to move to Florida and needed a realtor, and of course there was a realtor in the group (every group has a realtor) who happened to be one of the older members and from New York.

My next Meetup was “The Women’s Movie and Book Club,” which had scheduled a screening of the movie “Selma” and dinner. If it weren’t for my trusty GPS I never would have found the place – it looked like a Moorish palace, not a movie theater, but the group was down to earth and dinner was great fun. Again, I was the oldest woman there. Most were in their 40s and 50s. I sat next to two Federal prosecutors from Palm Beach, one originally from Brooklyn, both of whom I never would have met any other way. We hit it off famously and are planning to go to the movies together.

My fourth Meetup was supposed to be a writers’ support group at Panera’s in Fort Lauderdale. It seems that Panera’s has become the go-to Meetup destination in this area, and probably in many other areas, too, because the restaurants are large, have plenty of tables and are welcoming to people who just want to hang out. I wound up in the wrong writers’ group by accident because I couldn’t find the right one. Even though I was an hour late for that group, I joined right in and had a good experience. They were happy to have me and asked me to come back.

Meetup #5: Another movie – and a good time

Yesterday I watched Johnny Depp’s latest comedy, “Mortdecai” with the “Intellectual Conversation” Meetup. The movie was supremely silly, but the group members – again, all women – were smart and represented all ages, including seniors. Conversation ranged from movies to televangelism, life after death and where to live in Florida. When I mentioned to the person sitting next to me, a pretty Latina woman in her early 40s, that I was surprised by how friendly young people in Meetup groups had been to someone my age, she explained that people join Meetups to meet people and make friends. They’re much less likely to discriminate by age, race or any other demographic than your neighbors or co-workers are.

As a movie and book buff I’ve found a good home in Meetup.com

If you can’t join one, start one

I love to swim, but I’m fearful of swimming alone in the ocean, so I wanted to find a swimming buddy. There were lots of scuba Meetups, but none for ocean swimmers, so I started Pompano Beach Senior Swimmers.

A few people have joined. We haven’t had a Meetup yet due to weather, but I’m hopeful.

Have you ever gone to a Meetup.com group? What was your experience?