Google, Facebook, YouTube and other major online platforms have been busy listing the celebrities who made news – and got clicks – during 2014. Few of them were seniors. So we’re countering with our own list of senior celebs; most of them were briefly discovered by local news and then promptly forgotten. Thanks to them all.

Agnes “Granny” Zhelesnik, who started teaching when she was 81 years old. In January she turned 100 and celebrated her birthday with students in New Jersey’s Sundance School, where she still teaches cooking and sewing. Asked about her longevity, Zhelesnik told the Star Ledger, “I suppose it’s the children. It’s a great life watching children grow up.” Click to read more on NJ.com. 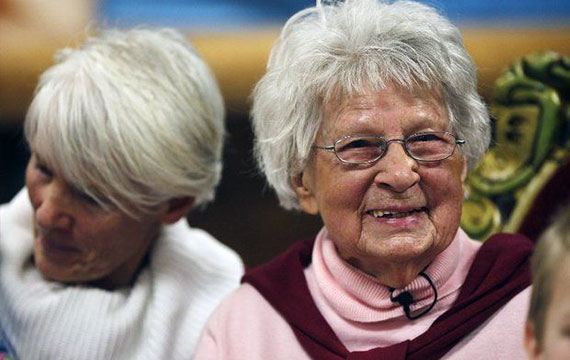 The group of Oregon ladies who organized a senior bikini carwash The group hadn’t had much fundraising luck with bingo, a spaghetti dinner and a yard sale, so they set up at the local gas station – no bikinis, though a couple of participants painted bikinis on their T-shirts. They said they were inspired by a local strip club. Click here to read more. 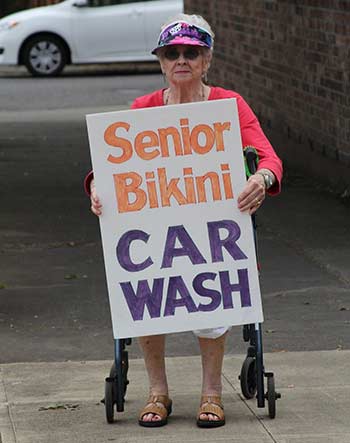 Gloria Steinem, who turned 80 in March and spoke to the NYT’s Gail Collins on the eve of her birthday. Explaining why she was headed to Botswana for the occasion, she told Collins,”What do I really want to do on my birthday? First, get out of Dodge. Second, ride elephants.” Read the whole interview in the New York Times. 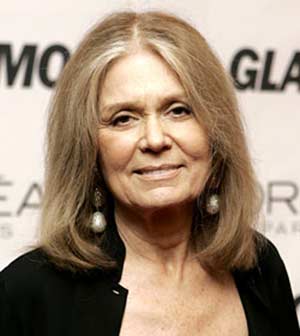 “Rosie the Riveters,” who in April headed to the White House, where they spoke about working as electricians and welders – and about receiving equal wages for their work. They’d been invited by Joe Biden after years in the shadows, during which time Riveter Phyllis Gould, who worked in the Kaiser Shipyard during WW2, repeatedly wrote letters to the White House requesting recognition for the contribution made by women like her. Read the report here. 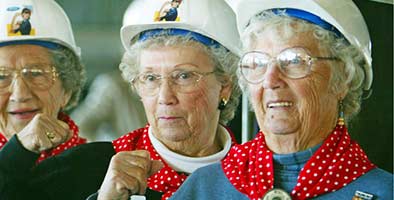 The white-haired gentleman who didn’t hesitate to join in when an impromptu dance party broke out on a New York City subway platform in April.

Bernard Johnson, who on June became a D-Day escapee. Jordan had been leading a quiet life in a retirement home in the British coastal town of Hove, when he decided to run away to France to join in the 70th-anniversary D-Day commemorations. He slipped out of the Pines wearing a raincoat over his medals and headed to the station, where he caught a train to meet a busload of vets. Staff at the Pines told Britain’s Daily Mail that they were “extremely worried – it was a bit like having a missing child.” No worries: Definitely not a child, Johnson had a ball and lived to tell his story. “When I set my mind to do something, I do it. This is what us Normandy veterans are like,” he told the Mail. Click here to read the whole story. 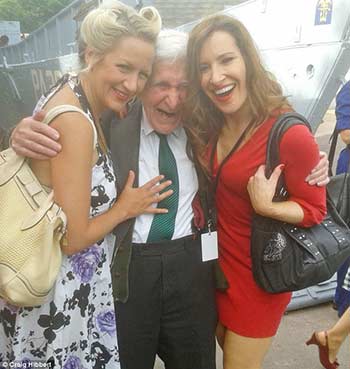 61-year-old French fashion designer Jean Paul Gaultier, who in March put up two fingers to aging gracefully. When Gaultier debuted his new collection in Paris, along with a line-up of youthful models were four older men and women modeling outfits that hark back to the heyday of British punk and space-age fantasy. Click here to read – and see – more. 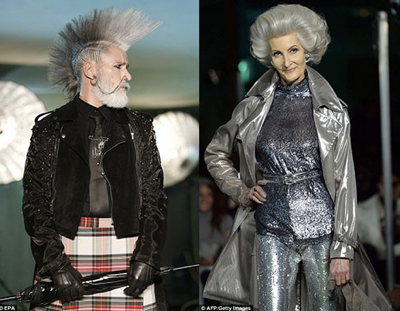 All the senior cyclists – the fastest growing group of bike riders, according to stats quoted in July by the environmental site Treehugger.com. As Treehugger points out, it makes sense: Biking is cheaper, good for your health and less stressful than driving (well, that might depend on where you’re riding – and not all seniors are looking for stress reduction). The growth of urban bike lanes is sure to be a factor, too. Read more here. 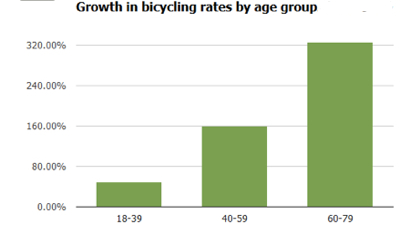 Lillian Weber, who in August was working toward her goal of sewing 1000 dresses for girls in Africa before she turned 100. Weber had made a dress a day over the previous three years and was up to 850 dresses, with her birthday coming up in May 2015. Weber, who lives in Iowa, says she prefers to sew rather than sit and watch TV. Read more and watch a video here. 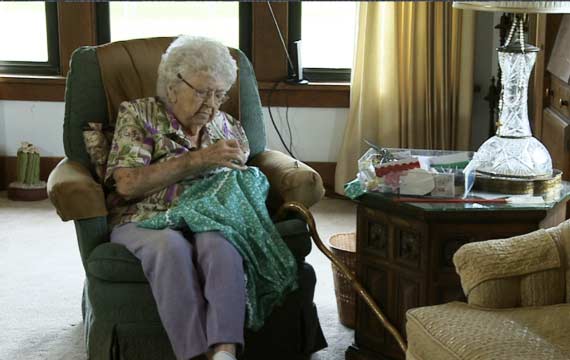 Vivian Boyack and Alice Dubes, who at ages 91 and 90 finally were married this past September in Iowa, five years after the state made gay marriage legal. Read more about the couple. 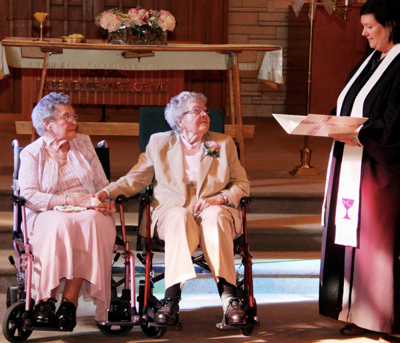 Anna Stoehr, who at 114 learned how to use an iPad and in October became the oldest person on Facebook. Anna was born before electricity and the automobile; she struck up a relationship with a local Verizon store rep after her 83-year-old son bought an iPhone from the store and mentioned his mother, and the rep decided to help an enthusiastic Stoehr cross the digital divide.

Arnold Abbott, who has been serving food to Fort Lauderdale’s homeless population for 20-plus years on beaches and in parks, despite run-ins with the cops since November. After a local ordinance was passed restricting public feedings, police have repeatedly arrested Abbott, 90. He has promised to fight for what he says is his First Amendment right to feed the hungry – and for the right of the homeless to eat in a beautiful location. Read more.

This gentleman, who in December joined thousands in protesting two grand jury decisions in the face of police shootings of black men in Ferguson, MS and Staten Island, NY. 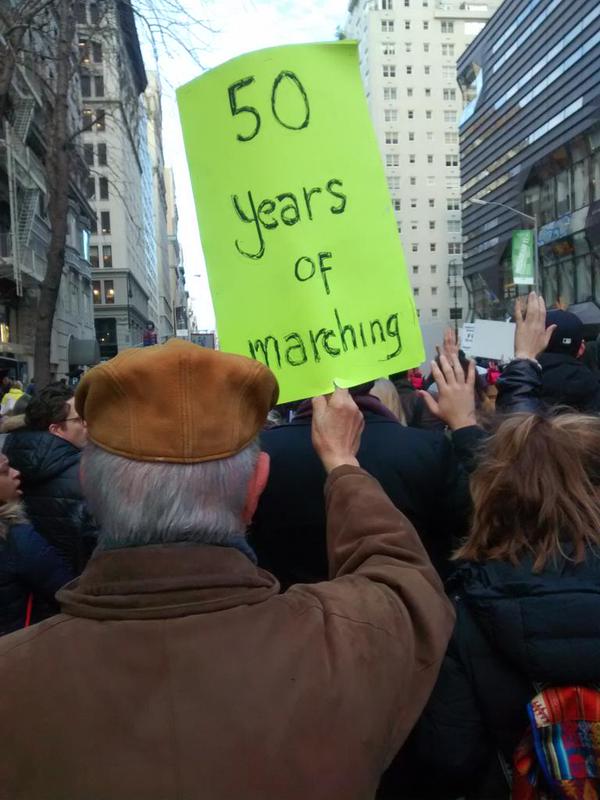 Got any unsung heroes? Share in the comments section below.