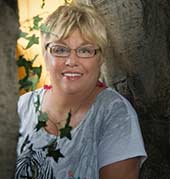 Vonnie Kennedy writes for Senior Planet, among other publications. This piece was first published at vonniekennedy.com as “Do Boomer Women Want to Read About Other Boomer Women Having Sex?” Read more of Vonnie’s writing on Senior Planet and explore her blog.

I have to confess that I haven’t read Joan’s book yet, but it’s on my Kindle list along with lots of other books I want to read.

Next on the Google list:  Why Boomer Women Are Hot for Erotica E-books at Next Avenue. Again, I found no recommended stories or novels about hot and sexy older women, so I have to wonder, do older women want to read about other older women having sex? It certainly isn’t a phenomenon that’s taken off since I wrote about it two years ago.

So, what do mature women want to read? Give me a hint, I’m interested.

My all time favorite steamy/erotic memoir is Free Fall: A Late-in-Life Love Affair by Rae Padilla Francoeur. So, Rae, if you’re still out there – write another book, will ya?