80-odd Years of Happy A New Zealand retirement home jumped on the Happy bandwagon a little late but came up with something worth the wait: Months after a stream of senior residences created videos modeled on Pharrell Williams’s music video “24 Hours of Happy,” the Diana Isaac Retirement Village in Christchurch asked 79-year-old resident Alister Leckie to play the lead role in an elaborate and positively exuberant version. Leckie has since been nicknamed Al Pharrell Williams and the video has gone viral. Watch it below, read more about it by clicking here.

Tiny bursts of exercise can do you as much or more good than sustained lower intensity sessions, according to a new study. The researchers asked a dozen retired people to go flat out on an exercise bike in six-second intervals. At the end of the study, the seniors’ blood pressure had decreased by an average of nine percent and hey reported having an easier time with daily activities like walking a dog or getting up from a chair. Interested? The report warns seniors to check with a doctor first. Share this article with your doc.

Call 911 When Facebook when down briefly in the Los Angeles area on Friday, the sheriff’s office received emergency calls – enough of them for LASD to post a tweet asking people to please stop!

#Facebook is not a Law Enforcement issue, please don’t call us about it being down, we don’t know when FB will be back up!

Which in turn caused “God” to send out this tweet

Attention world: #facebookdown. Please remain calm and do not attempt to interact with human beings.

Medication alert Did you know that over-the-counter and prescription meds with anticholinergic properties – used to treat a wide range of conditions including allergy, insomnia, gastrointestinal and cardiovascular issues, incontinence and depression – affect not just cognitive functioning but also physical functioning in older people, according to a new review of ten years of research. According to the report, these drugs are still widely prescribed because many doctors aren’t aware of their effects. Read more here and see a list of meds here.

Try this instead? The New York Times last week came out in support of marijuana legalization at the federal level, 23 states now allow its medicinal use and a host of research studies have found pot to be therapeutic for a vast range of conditions including Parkinson’s disease, Alzheimer’s, diabetes, rheumatoid arthritis and other inflammatory diseases, nausea and cancer. In light of these developments, Next Avenue took a look at ways to benefit from marijuana’s properties without getting high. If that’s your preferred form of medicine, read more on Next Avenue. Also take a closer look at the chart below, which shows the conditions marijuana can be effective for, by clicking here. 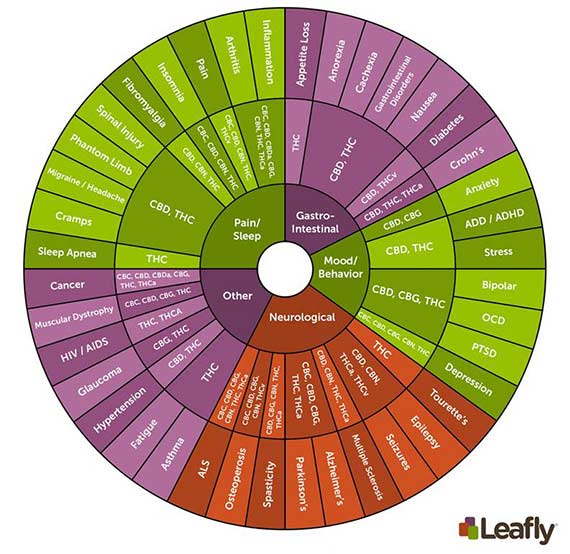 Senior action Seniors, disabled people and their advocates blocked tech buses in San Francisco last week – including the increasingly infamous Google and Apple buses – claiming that the practice of sending luxury buses to pick up workers in the city and shuttle them to work in Silicon Valley has caused local rents to skyrocket and longtime residents to lose their homes. The protests came on the first day of San Francisco’s pilot program allowing the buses to use select municipal bus stops to load and unload the wealthy workers. One 70-year-old protester held a cardboard cutout of a Google Maps pin emblazoned with the word “evicted.”  Read more here. 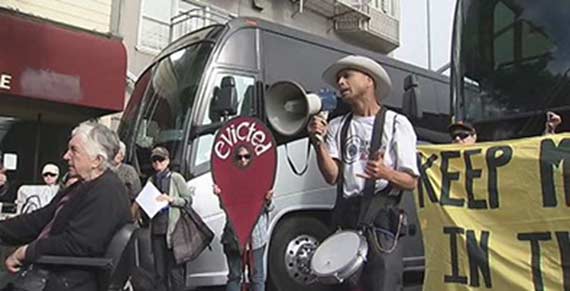 A mind of their own? About one in four people 50 years and older said they or someone close to them have been subjected to excessive or unwanted medical treatment, according to the results of a new survey conducted by an end-of-life patient advocacy group. That amounts to about 25 million older Americans not having their choices honored. The survey also asked respondents to say how they would respond if their doctor gave them unwanted treatments or procedures; most said they would take action of some type. read more about the survey here.

All in the same boat In her blog on Hypeolando.com, Susan Young tackled the topic of visibility. “The other day I was filling out a survey and, when asked for age, the choice after “55-64” was “65 and older”…huh? I am being lumped in with those aged 75, 85 and 95?” Young makes the point that the 65-95 span encompasses several generations and life stages, and the only reason these age groups are lumped together is because they are all seen as equally unimportant – until you look at individuals like Mick Jagger, 71 or Debbie Harry, 69. Read her “Is Mick Jagger Invisible” here and tell us your thoughts in the comments below. 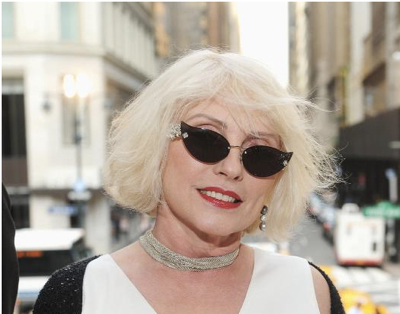