Silicon Valley’s ageist culture When Google – under pressure – released a report on the (non-)diversity of its workforce, the sorry looking numbers focused on ethnicity and gender – there was no mention of age. The omission was indicative of Silicon Valley’s ageist culture, Mark Miller writes on his blog Rethinking Retirement. Tech companies large and small are youth focused in their hiring and firing practices – so it’s no wonder they ignore millions of older consumers when they design tech products. Click here to read Miller’s insightful piece on why America needs age-diverse teams developing the smartphones and health trackers of the future.

CIA, LOL The CIA joined Twitter on June 6, and just over a week later, its first tweet has been retweeted 300,000 times and favorited by 180,000 people. Surprising? Here’s why:

We can neither confirm nor deny that this is our first tweet.

Who knew that agency had a sense of humor?! They probably think this is pretty funny, too: Follow the CIA.

Senior discounts Personal finance writer Greg Daugherty wasn’t ready to be offered a senior discount – but once he got over the shock, he decided to explore the landscape and share what he discovered. Read about deals on travel, hotels, entertainment and retail in his piece on Next Avenue.

RIP Ruby Dee, who died at age 91 on Wednesday. Obituaries of the lifelong actress and activist ran across the Internet. Our favorite was the Guardian’s, which leads with Dee’s Academy Award at age 83 for her role in the film “Gangsters” and includes the quote: “I think you mustn’t tell your body, you mustn’t tell your soul, ‘I’m going to retire. You may be changing your life emphasis, but there’s still things that you have in mind to do that now seems the right time to do.” Click here to read the Guardian’s obituary.

Dancing might ease your aching knees and hips according to a small study released last week. For the study, older volunteers danced for 45 minutes a couple of times a week – but they weren’t doing the jitterbug. “Dance” in this case was low impact, aerobic, slow and rhythmic, and some participants danced while sitting. Read about the study here.

Eat porridge for a long life? Alexander Imich, who died last week soon after being named the oldest man on earth at age 111, attributed his longevity to never having had kids. British centenarian Henry Allingham put his down to cigarettes, whisky and wild, wild women.” And then there’s the Read what others 100-plus have said in Alternet’s amusing survey, “7 Secrets to Living to a Ripe Old Age.”

Visit the Met online Listen up, armchair art lovers: The Metropolitan Museum last week launched a new interactive website that lets site visitors view and pair details of around 500 artworks based on theme. Click here to see “One Met, Many Worlds.” 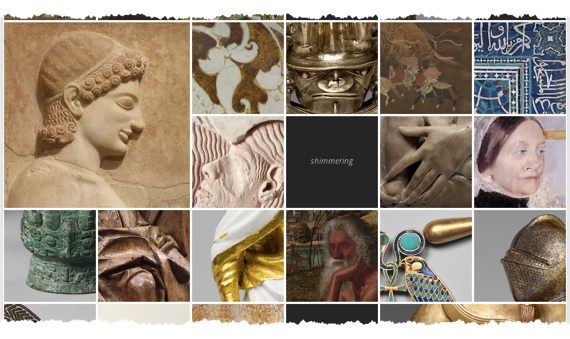 Take a look at the pictures below. The left image shows young muscles; the middle one shows aging muscles; and the picture on the right shows aging muscles (mouse muscles, that is) that have been given a shot of oxytocin – the hormone our bodies produce during childbirth and sex. Scientists say their discovery that “the love hormone” can repair old muscles is great news, especially since oxytocin is already FDA approved and has no longterm side effects. The research team plans to continue its study. Click here to read more. 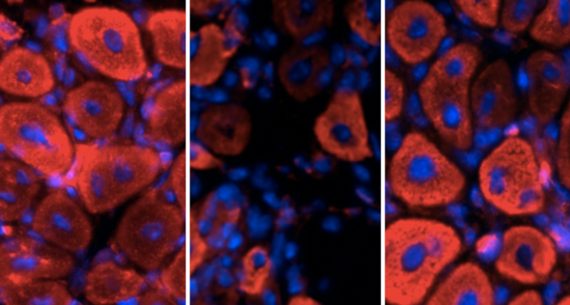