Right about now, with January in the rear-view mirror, a lot of people are revisiting the New Year’s resolution that hasn’t happened. You know the one. And publishers know it too. This past month has seen the publication of most of the year’s big diet books in hardcover and Kindle editions. In 2014, several of these promise not just weight loss, but better health along with it.

We surfed to find the hottest diet books of the season, then tracked down a registered dietitian who often counsels older adults.

We wanted to know:

Safe Dieting: 3 Things to Ask Yourself

Dieting as an older adult can be different, says Andrea Giancoli, R.D., a spokesperson for the Academy of Nutrition and Dietetics and a registered dietitian in Southern California. As you sort through the diet plans that are being promoted this year,  here are three points she says you should consider:

How They Stack Up: 3 Hot Diet Plans

Here’s Giancoli’s take on three of this year’s hot diet and health improvement books, all of which are available for download as Kindle editions.

“Your Personal Paleo Code: The 3-Step Plan to Lose Weight, Reverse Disease, and Stay Fit and Healthy for Life” by Chris Kresser 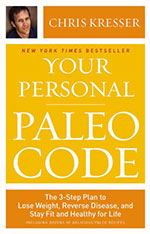 The promise By eating  like our foraging caveman ancestors (kind of) and incorporating physical activity, the plan promises weight loss, reversal of disease and improved fitness and health. The Paleo idea is not new, but this is a new spin.
How it works The meal plans suggest high intake  of animal protein, along with fruits and vegetables. Egg dishes are plentiful. It assumes we were healthiest when eating like cavemen and cavewomen.
The Verdict The emphasis on animal protein foods is concerning, Giancoli says. “We really ought to be moving more toward a plant based diet.” It is also egg-heavy. “For people watching cholesterol, this might be an issue.” The percent of calories from fat, 70%, is double what most experts recommend.  And Giancoli is  not convinced that cavemen were healthier than people are now. (Other experts say a diet today cannot possibly mimic a caveman diet unless we were to eat only wild animals, which have far less fat than anything you’ll find in the meat section.) 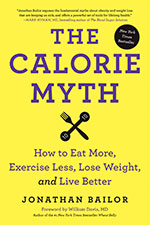 The promise The book’s subtitle is “How to eat more, exercise less, lose weight, and live better.”  Sign us up!
How it works Bailor proposes eating more of the ”right foods” – whole plants, and nutritious proteins to keep us full, satisfied and not overweight. He says to pay attention to foods that are high in water, fiber, protein and vitamins and that are minimally processed. Bailor claims that two 10-minute workout sessions a week are enough to stay trim and healthy.
The Verdict “It sounds like he’s promoting the Volumetrics idea,” Giancoli says. That plan proposes eating filling, nutritious foods so you eat fewer calories overall but still fill your belly, and it’s accepted as sound by most experts. “Whether it’s a long-term solution is less clear,” Giancoli says of the Calorie Myth plan. Among the flaws, she says, are the emphasis on only certain fruits (for example, it calls apples and grapes undesirable due to higher natural sugar). “There’s no need to eliminate fruit choices whether high or low sugar,” she says. And she says the exercise program is too skimpy. Instead, you need at least 30 minutes a day  for general health – and more for weight loss.

Click to see “The Calorie Myth” (HarperWave) on Kindle 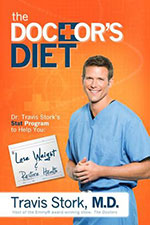 The promise Written by Dr. Stork of “The Doctors” TV show fame, the book promises to help with weight loss, better health, disease prevention and longer life.
How it works Stork’s diet emphasizes enough protein and plenty of fruits and veggies. Instead of focusing on weight loss for weight loss’ sake, he lists the health benefits of staying trim, such as less inflammation (inflammation is linked with chronic disease such as heart problems), and better sleep and blood sugar levels (high blood sugar is linked with diabetes risk).
The Verdict “This sounds pretty reasonable,” Giancoli says. It includes all food groups. She would advise adding a bit more fish than suggested, as the omega-3s are healthy. She gives a thumbs-up to ”any diet that follows those principles of eating enough fruits and vegetables (five plus servings daily) and having protein at every meal.”

Have you tried or are you trying any diets for weight loss and/or health? Got a recommendation? Add it in the comments below.

One response to “Dieting When You’re Older: Are the Rules Different?”