From Washington, DC to Birmingham, Alabama and Mali, Africa to Antarctica, millions of women and men filled the streets on January 21 to send a variety of messages to the new President. In Washington, the crowd — more than 500,000 strong (organizers say 1 million)  —  was a more multigenerational one than you’re likely to see at your local Walmart, and photographic evidence on social media from marches across the country suggests that this held true in every city. From infants to women in their 80s and 90s, many wearing pink knitted “pussy” hats and some in wheelchairs, there was, at least, diversity in age. It gave a new meaning to the phrase “Stronger Together” — a popular sign at the marches.

Here are a few other signs that caught our attention — some inspiring, some thought-provoking, many of them funny and a few of the most resonant created by seniors — along with images from social media across the country. 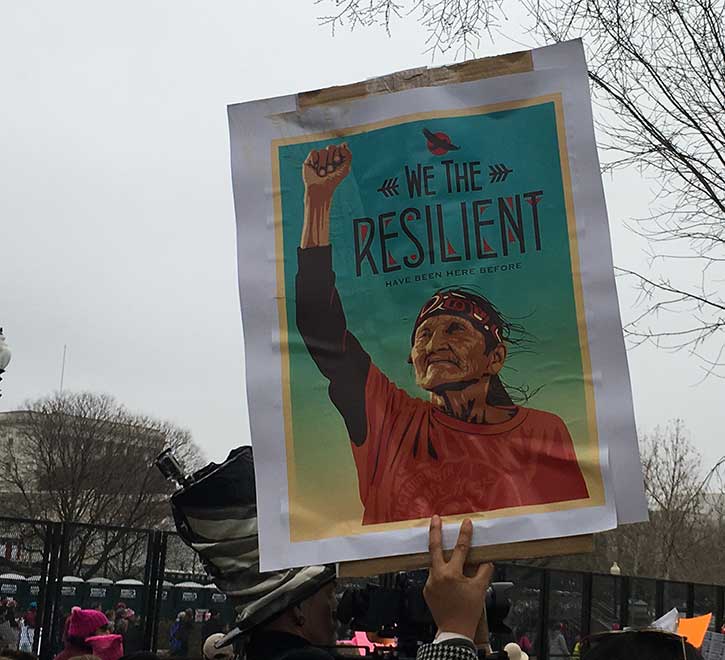 “We the resilient have been here before.”

Ninety, nasty, and not giving up. From today’s march in Cincinnati Ohio. from pics

The vast majority of older people who marched on Washington were there for future generations — the environment, reproductive rights, peace… 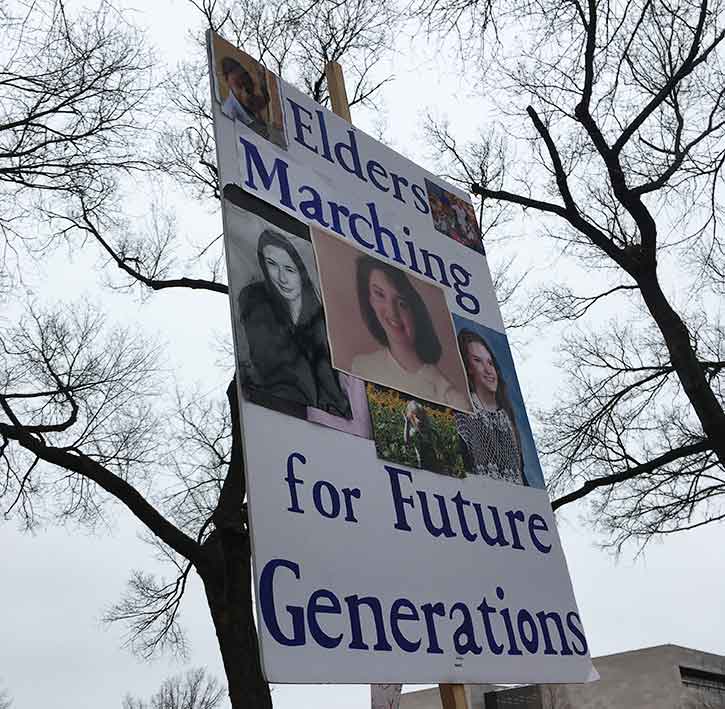 Very few marched for “senior issues” but we did see this sign: 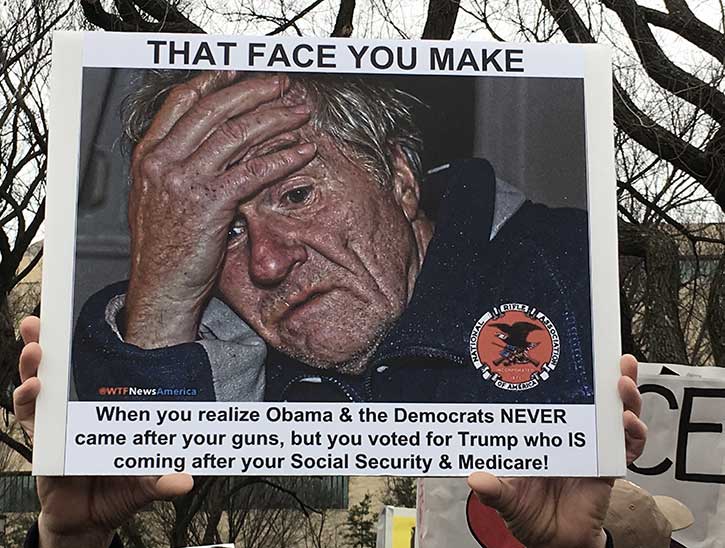 A common thread was the election process itself. 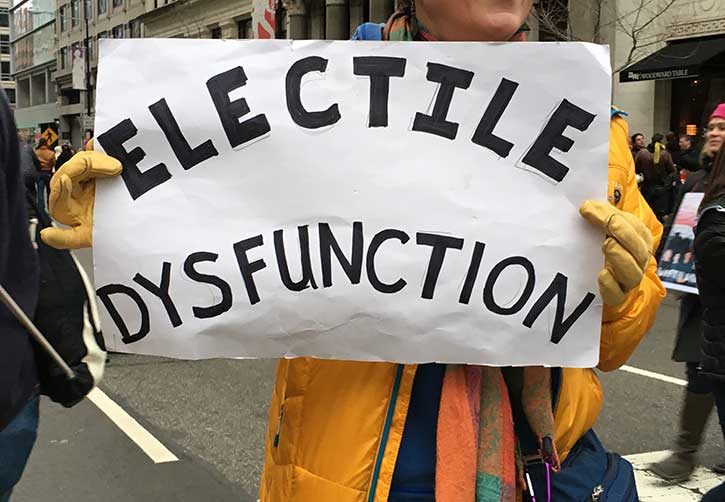 And this sentiment popped up all over the place — including Washington: 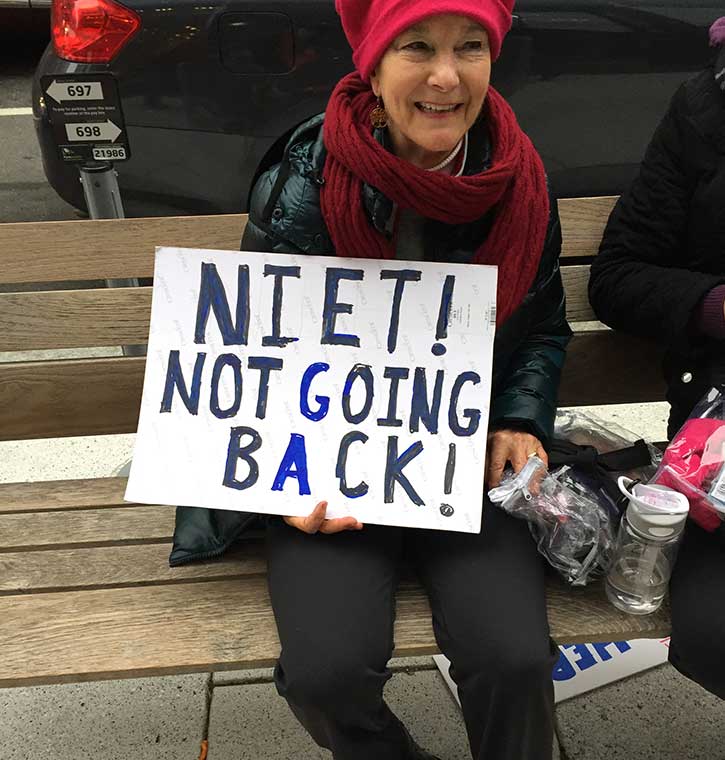 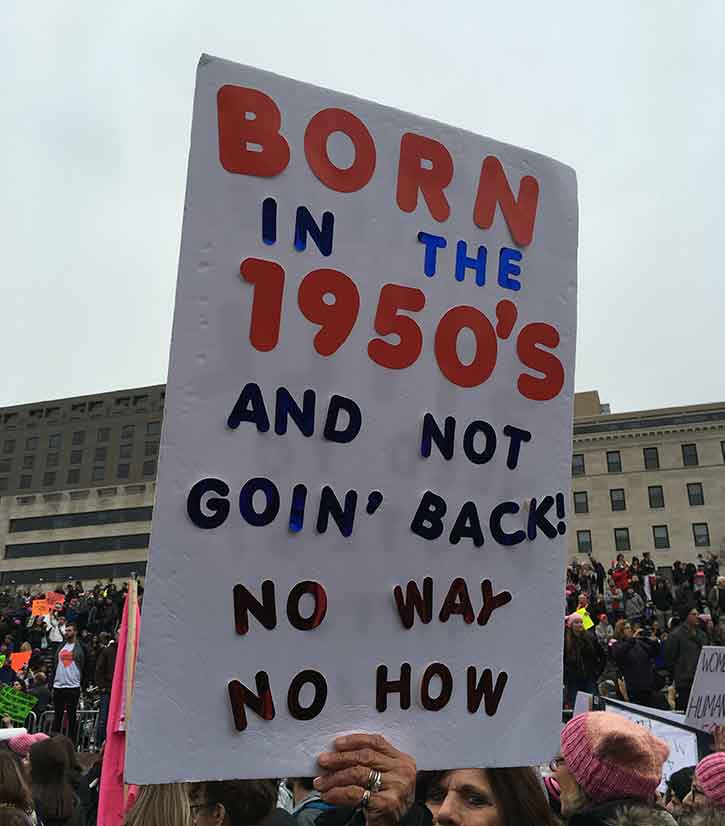 Near the Mall in Washington, this woman quietly quoted Maya Angelou:

“You may write me down in history / With your bitter, twisted lies / You may trod me in the very dirt / But still, like dust, I’ll rise.” 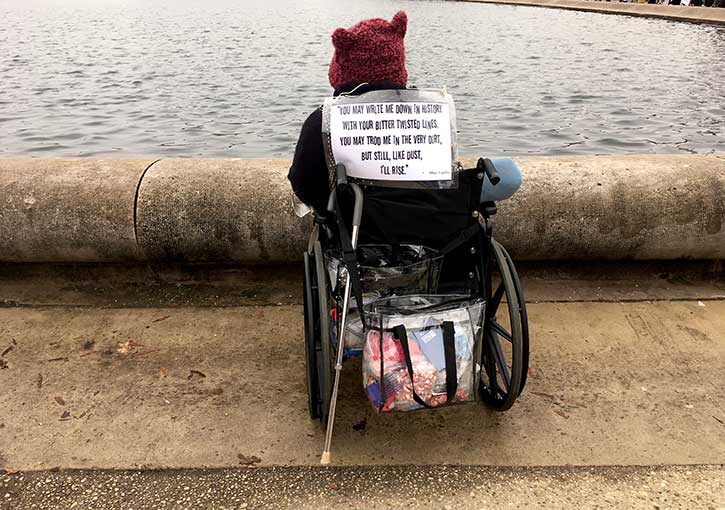 And hundreds of thousands of people of all ages came up with other creative ways to get their points across: 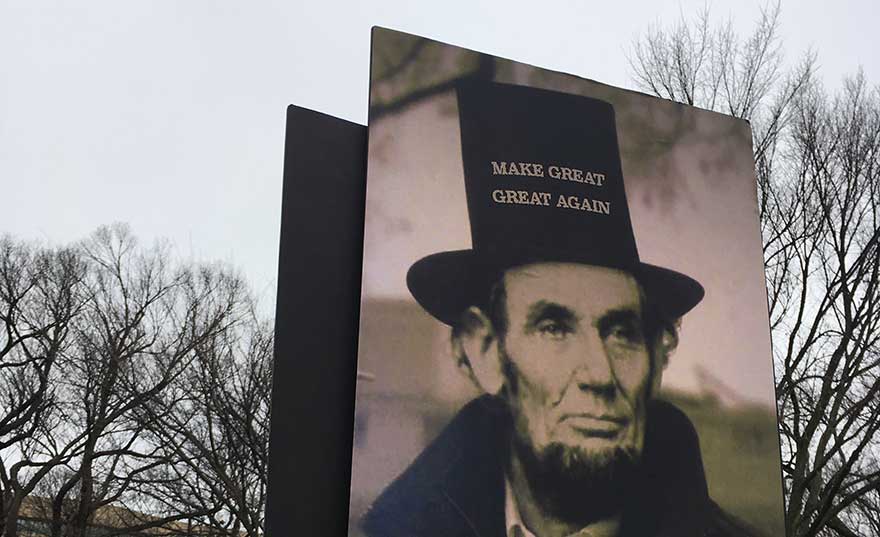 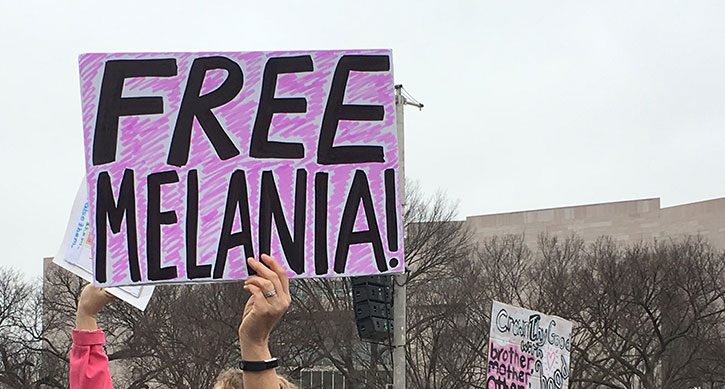 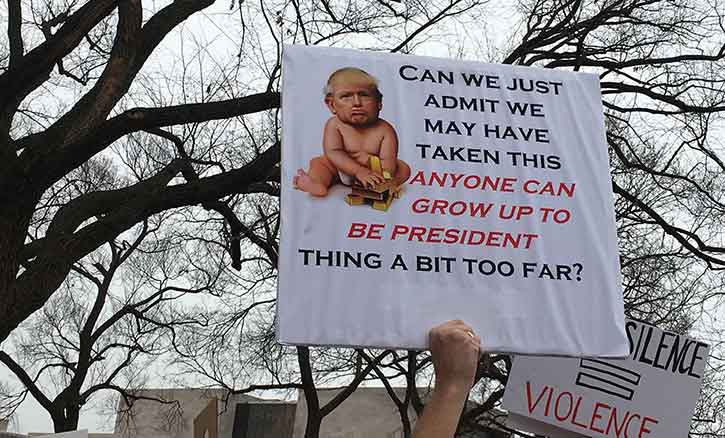 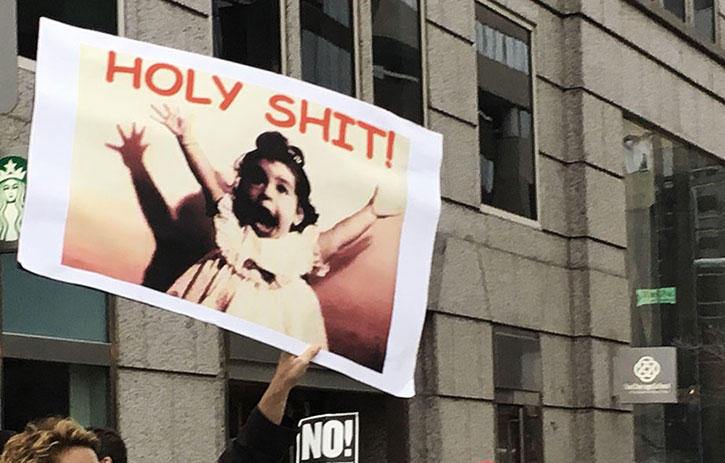 Did you participate? Share your thoughts in the comments box below.

6 responses to “20 Signs of the Times: The Women’s March”